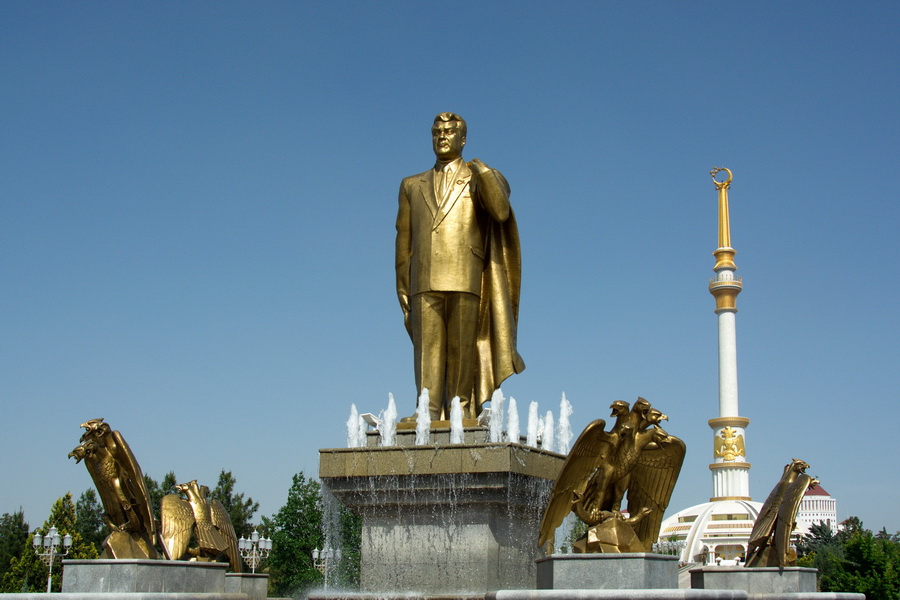 Tours, Attractions and Things To Do in Ashgabat

Ashgabat was founded in 1881. The city is located 25 km north of the border with Iran, in the Kopet Dag foothills. By official statistics for 2013, its population is nearly 1,000,000 people.

The city's name Ashgabat comes from a Persian word “eshg” which means love and “abad”, translated as populated, well-maintained. And it is the case! To date, Ashgabat is not just the capital of Turkmenistan, but also the largest industrial, scientific and cultural center of the country.

The city concentrates a huge amount of government institutions and agencies, as well as interesting monuments and attractions. Thus, the city was entered into the Guinness Book of Records several times. First, as the city with the largest number of buildings, finished with white marble. Indeed, the number of such buildings in Ashgabat is 543, and the total area of the marble finish in the city is 4.5 million square meters! Second, for the world's tallest flagpole (133 meters) set in the city. Third, for the largest Ferris wheel. Fourth, for the largest fountain complex “Oguzkhan and Sons” with the fountain total area of 15 hectares! And finally, the biggest architectural monument to a star (“The Oguzkhan Star” on Turkmen television tower) is also included in the Guinness Book of Records.

A very interesting place to visit in Ashgabat is a monument to the “Rukhnama” book written by Turkmenbashi, the first President of Turkmenistan, himself. The book, considered sacred for Turkmens, describes the first President’s biography, country's history, and basic commandments and moral principles, the Turkmenistan people should follow. At certain times, the book is opened with the help of multimedia technologies, and the visitors of the monument can read demonstrably the important historical moments of Turkmenistan formation and development. 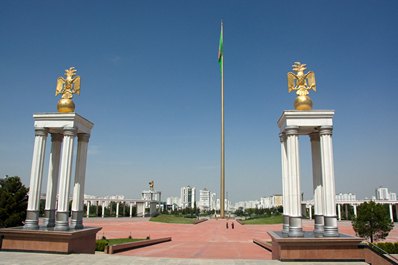 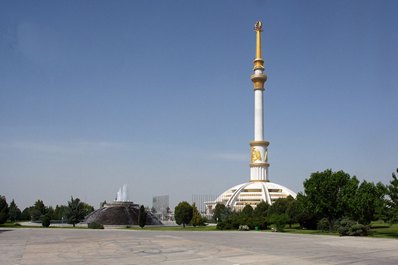 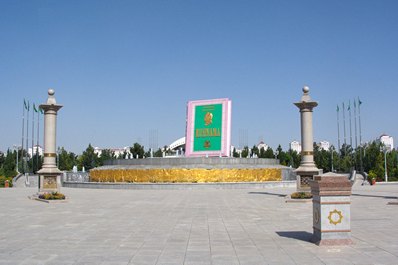 In the halls of new National Museum constructed after Independence the most valuable archeological finds related to ancient history of Turkmenistan are displayed. The museum's collection contains dozens of man-made monuments of traditional craft creativity and a folk art of the 17th - 19th centuries. Weaving, embroidery, ceramics, carpet making, jewelry - here is far from complete list of artifacts kept in the museum. In total there are more than 2, 500 exhibits.

The Capital Carpet Museum is considered a unique of its kind in the world. There some hundreds of the best carpets of all times are collected, the oldest of which is dated the 17th century. There is also the biggest carpet in the world which is about 400 square meters and weighs over a ton.

The National Museum of History and Ethnography offers a magnificent collection of ancient artifacts collected from the entire territory of Turkmenistan including the ones found during excavations of Old Nissa.

Among the major landmarks of the capital are also the Monument of Neutrality (1998, height 95 m - the highest structure in Turkmenistan) with a gold statue of Turkmenbashi on the top; the Presidential Palace, the building of Medzhlis, the Academy of Sciences, the Academic Drama Theatre named after Mollahnepes, Bairam-Khan monument, Lenin Square, Mekan Palace, the Conservatory, Alexander Nevsky Orthodox Church (the 19th century), Ertugrul Gazi mosque with four minarets and a huge dome. 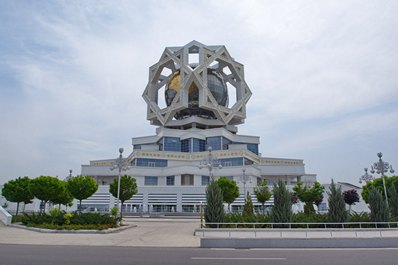 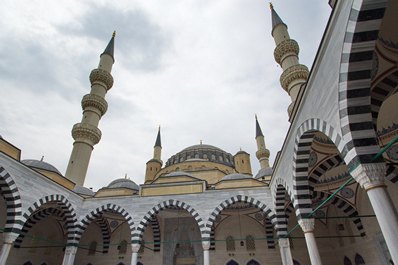 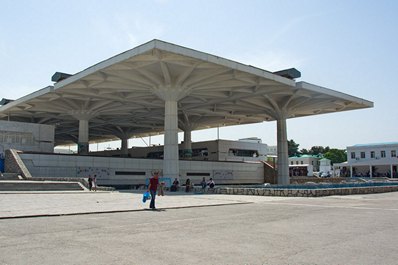 The basic centre of tourists' attraction is a huge Sunday market "Tolkuchka" (secondhand market) which is famous for variety of goods and bright Turkmen traditions. Stretching for a few kilometers along deserted suburbs of the city, the market draws attention first of all by an opportunity to purchase traditional Turkmen carpets which are brought there from the entire country.

Well, of course, it cannot but be mentioned the city’s one of the main attractions – the Independence Monument. This monument is a 118 m-high column with the top crowned with a crescent moon and five stars. This column is set on a semicircular sphere, symbolizing a yurt. Five stars are a symbol of unity of the five largest Turkmen tribes which have been living on the Turkmenistan territory since ancient times.

Not far away from the tower there stands a gilded monument to Saparmurat Niyazov. The image of this monument is printed on all the Turkmen banknotes.

Near Ashgabat the ruins ancient Parthian state's capital Nissa are located attracting tourists, archeologists and historians from different parts of the world.

The Ashgabat landmarks also include “Path of Health”, located in its outskirts. This paved footpath, 36 km long and a 5 m wide, runs along the slopes of the Kopetdag ridge. By the first President’s covenant all the Ashgabat residents must walk along this path every day in order to maintain their health and tonus. All along the track there installed lampposts and drinking water sources. This place is very popular both among the tourists and locals. 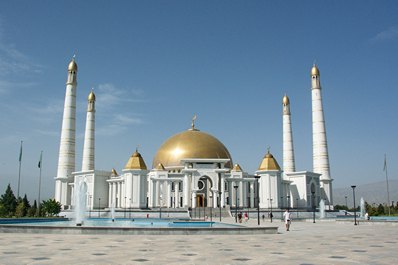 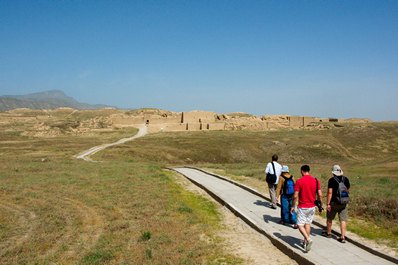 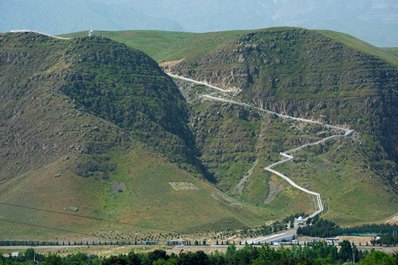 Museum of History and Ethnography