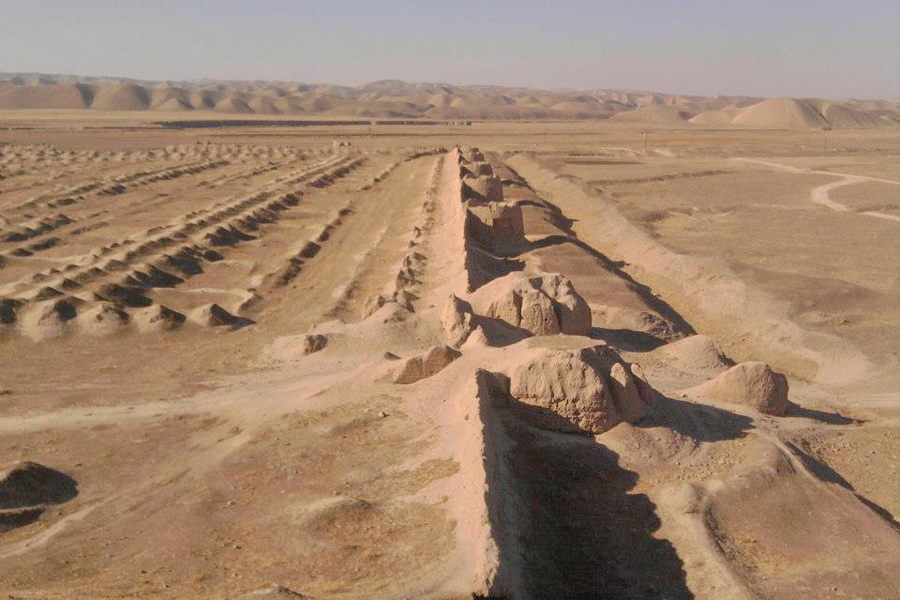 Fortress of Nadir Shah - the last stronghold of conquests

100 km to the east from Ashgabat there is Abiverd city (Kakhka district), with a medieval fortress built by the order of Nadir-Shah, the Iranian ruler from the Afsharid dynasty. The architectural monument is located not far from Khivaabat village.

In the XVIII century Turkmenistan was divided between Central Asian khanates and the Iranian Empire. The southern part of the country belonged to Iran. It was the place where the future Great Iranian shah-commander was born and brought up. Nadir-Shah Afshar made history of the East owing to his numerous campaigns of conquest resulted in formation of the large empire which, along with Iran, consisted of Armenia, Azerbaijan and part of Georgia, Belujistan, Khiva and Bukhara khanates as feudatory territories, and in 1739 Nadir Shah seized Delhi, the capital of the Great Mogul Empire. He was ruling the empire for the period from 1736 till 1747. During this period he not only occupied many other territories but also built many fortresses and developed cities. One of such fortresses was the Nadir-Shah Fortress in the territory of Turkmenistan.

The Nadir-Gala or the Nadir Fortress is of square form. According to the legends of nomadic Turkmen, the sand and clay were imported from Khiva, occupied by the shah, as a reminder of the time when Nadir spent in Khiva incaptivity.

The fortress had a strategic function. It was a frontier fortress with a military garrison, whose main purpose was to control rebellious Turkmen tribes. Upon suppression of the Astrabad revolt of the Turkmen, Nadir-Shah decided to protect this territory’s boundaries by means of building of a military fortress there.

The length of each vallum amounted to 1,000 m, the walls thickness equals to 2-3 m, and the height came to 3m. Inside the fortress, along with the military and household buildings there was shah’s palace which did not survive up to date. The entry to the fortress was found in the north and each of its vallum features 12 watch towers, located along the perimeter. Around the fortress there was a deep moat which now is filled with sand.