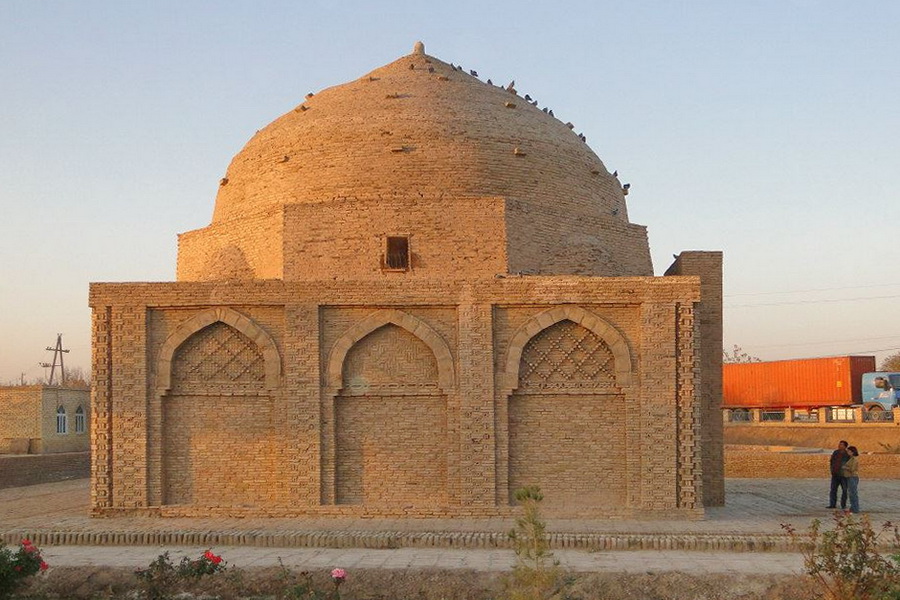 The Mausoleum of Allamberadar (Almutasir) is an 11th-century monument of architecture. The building of the mausoleum is the largest among the existing early structures of Northern Khurasan.

Its architecture reflects specific features of Central Asian monumental architecture of the "Golden Age" ( the epoch of Seljukids). Firstly, it is the significant size of the building. Secondly - an unusual facade decoration. The facade of the mausoleum is richly decorated with a nornamental laying with fancy carved little bricks. The portal stands out from the basic building massive.

A pure brick texture of the entire interior makes the mausoleum look slightly strict and solemn. Inside the mausoleum there is only one room with a false gravestone - the archeologists have not found any burials under and around the monument.