Opposite Ulugbek Madrasah there is Abdullazizkhan Madrasah. Abdullazizkhan built it in 1651 – 1652 and it is the last large Madrasah in Bukhara. The building is typical by composition, with four-ayvans yard, but with unordinary divergent fan of hudj groups after side ayvans and cupola buildings on the central axis. 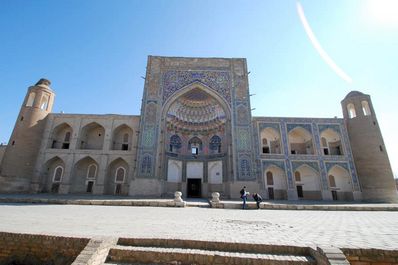 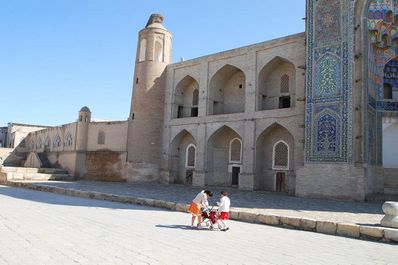 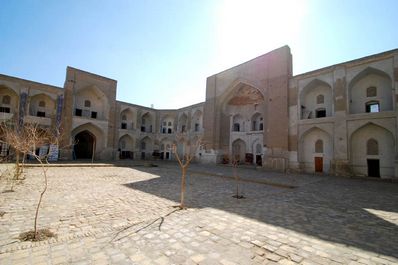 It is very interesting the improvement of living lodgings, which consisted of entrance hall and hudjra, and were equipped with free-places, attic storeys, wall niches for bed clothes, dishes, decorated in conformity with the taste of inhabitants, who rented these apartments during their study.Away from Poi-Kalyan ensemble we can see trade arcades, belonging to the end of 16 century Taki-Telpak Phurushon and Taki Sarraphon.

The cupolas are inimitable in their architecture and constructions. The most expressive of them is Taki Sarraphon with cruciform passage through central hall and apartments behind its beveled corners: in one room there was mosque, in another – the entrance into old Saraphon baths, in other two ones – usurer stores. Constructive basis is four massive crossing archs, you can see inside and outside.