In Central Asia, there exist a great many places which were presumably visited by saints many centuries ago.

One of them is the Chashma-Ayub well, translated as Saint Job’s Source. A legend has it that the Bible prophet Job, having visited this land, decided to help the people who suffered from water shortage in the desert. He struck the ground with his stick, making a source of crystal clear water sprang at that place.

The people believe that the water from the source possesses healing power. A mausoleum is erected over the source. It is shaped in a form of an oblong prism. The building is crowned with domes, different in form. Over the main building with the source there is a special double dome with a conical “cap”. 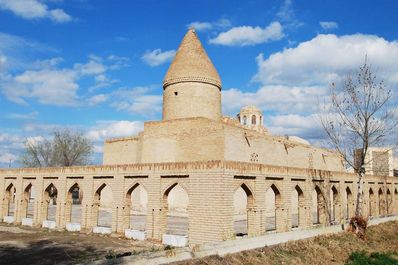 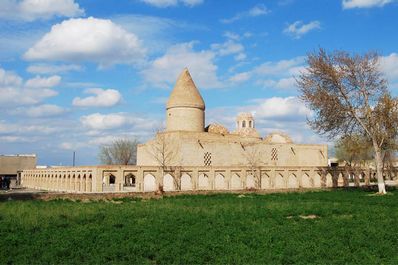 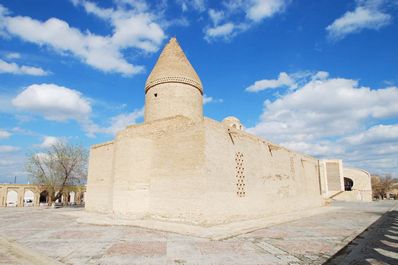