Ensemble of Naqshbandi near Bukhara

The Memorial Complex of Khoja Bakhouddin Naqshbandi is one of the most important Muslim shrines. Every self-respecting Muslim knows and reveres this name. The great theologian of the XIV century, founder of the Sufi Order "Naqshbandia" was buried 12 km from Bukhara in his native village of Kasri Orifon. Some time ago there was the pagan temple of the site of current tomb of Naqshbandi. 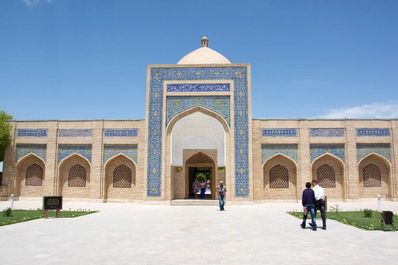 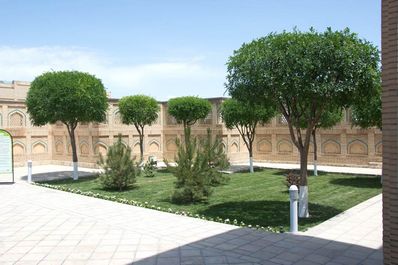 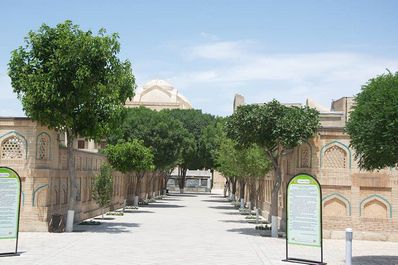 Naqshbandi was the spiritual teacher of Amir Temur and made hajj to Mekka 32 times. He appealed people to be modest and rejected the luxury. His philosophy was based on the principle: "Dil ba joru, dast ba kor" ("The heart - with the God, hands at work").

The main building of the complex is the khanqah. Before the frontal of the mosque there is the minaret and small madrassah. To the west from dahma, in separate courtyard there is the large necropolis, where Naqshbandi is buried. Graves of his mother and his teacher - Said Mir Kulol, are situated not far from his grave.

The Mausoleum of Saint Bakhouddin Naqshbandi is considered as the Central Asian Mekka. Believers from different muslim countries come here to ask for the fulfilment of wishes and healing.

The complex also includes the museum, which keeps the true information about Sufi and Sufism: Sufi wearing, books and other expositions. 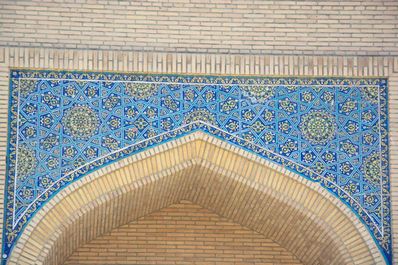 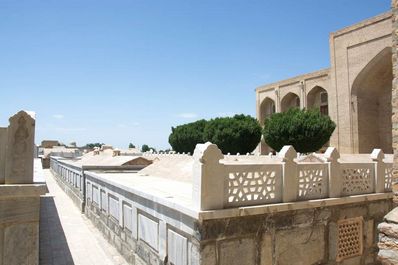 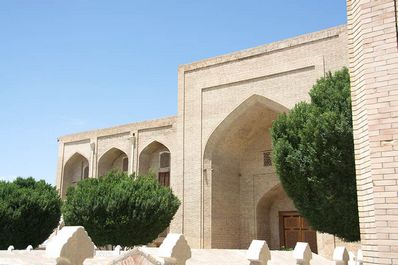 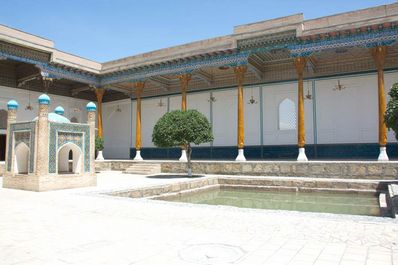 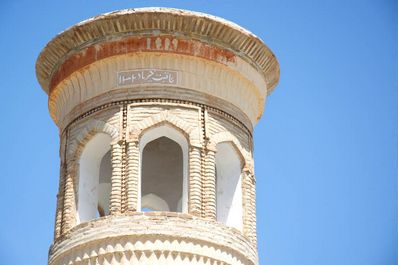 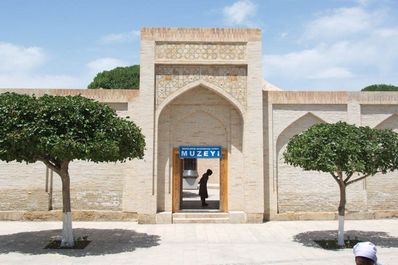