Bukhara is well-known to the world not only with its mosques, Ark Fortress and the majestic Kalyan minaret but also with its trading domes stretching in procession from Lyabi-Khauz to the Miri-Arab madrasah. Long ago, in the XVI century under the Shaybanides dynasty, Bukhara became the capital giving rise to unprecedented growth of the city, and since it was located on the Great Silk Road, the markets and trading stores even more congested cross-roads of public roads. Several centuries passed since that and four trading domes have only survived up to date. 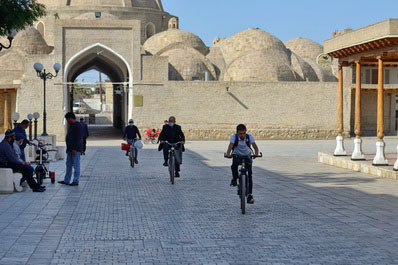 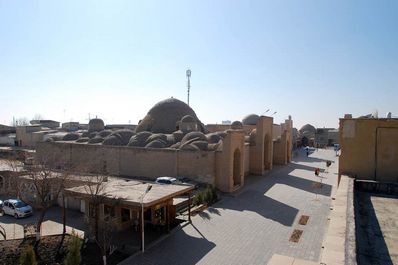 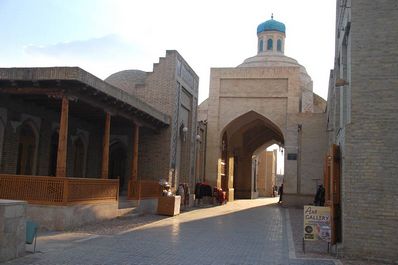 Fast beside the Lyabi-Khauz there stands a dome with a cross-road running under it. Small shops are scattered around it. Once there located one of the largest currency exchanges of Central Asia: merchants from India, China and other countries change their money from money-changers, named the sarrafs. The name of the trading dome originated from them. But several centuries later one can only buy carpets, kerchiefs and other souvenirs here.

A little to the north from Toki-Sarrofon there located the large Telpak Furushon Trading Dome. This is a massive complex having a hexagonal orientation. Under its spherical dome there concentrate shops selling knives, jewelries, music instruments and various remembrances. Next to it there is a medieval blacksmith shop, where one can watch a process of manufacturing knives and other tools. Once the shops were selling a book, that is why the trading dome was called as Kitab-Furushon («kitab» is translated from Uzbek as “book”). Step by step the place of the bookselling was occupied by shops trading headwear and later selling of caps in its turn gave place to souvenir products made by the local craftsmen. 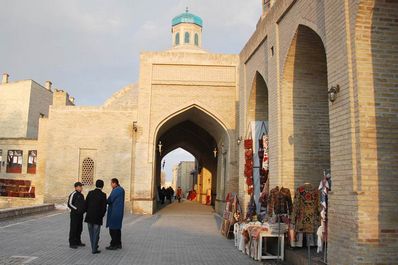 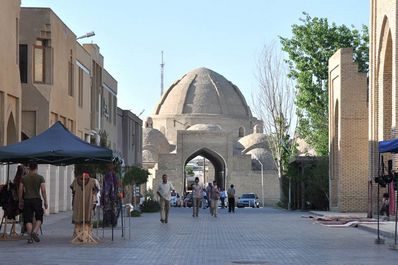 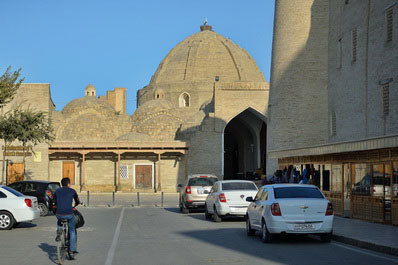 This trade dome differs considerably from its fellows. It is located not on the cross road but along a street; it is an indoor premise where it is always cool. The light in the Tim Abdullakhan penetrates from small windows and apertures in the domes. Over the centuries they were selling carpets and fabrics, and even today one can buy a variegated carpet, beautiful inwrought kerchief or a square of Bukhara cloth.

This is the largest trading dome of Bukhara. It is the most northern dome and it is located fast beside the Poi Kalyan. The Toki-Zargaron dome is stretched upwards and strengthened with ribs which make it different from the others. The name Zargaron is connected with the word “zargar” which can be translated as “goldsmith”. Once there located 36 jeweller's workshop -shops selling various jewelries. In addition, Toki-Zargaron was the first among the trading domes of Bukhara. Today one can purchase there jewelries, kerchiefs and various household accessories: Bukhara door-handles, bells, horseshoe for luck, etc. 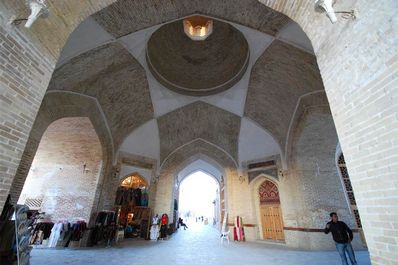 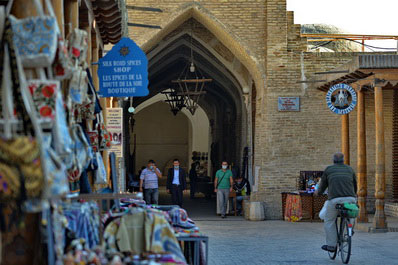 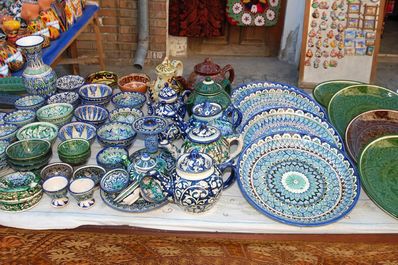