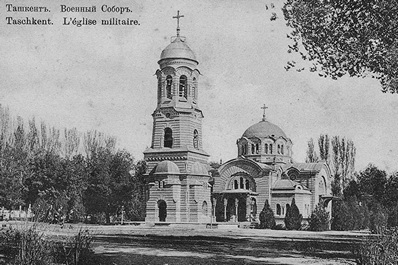 As a result of an armed invasion of Russian troops in the 60-ies of the 19th century the Kokand Khanate was abolished and the Turkestan Governor-Generalship was established on July 11, 1867. The Emirate of Bukhara and the Khiva Khanate received the status of a protectorate.

Power was concentrated in the hands of the governor-general, who carried out all the military and civil administration.

The new government focused on the agricultural sector of Uzbekistan economy: it resulted in the cotton growth for the needs of Russian industry. Gin houses and cottonseed oil mills were built, mining operations began, the Trans-Caspian railway was built, which connected Central Asia with European part of Russia.

In the autumn of 1917 the Soviet power was proclaimed. Turkestan was granted the status of the Soviet Republic within the RSFSR. Nationalists, disagreed with this decision, went to the mountains, from where started a fierce guerrilla war for the sovereignty of their native land. From 1917 to 1921 in Central Asia there was a struggle between guerillas and troops of the Red Army, which ended with the victory of the Soviet Union. In 1924 five new republics within the USSR were established, including the Uzbek SSR, whish existed until 1991. 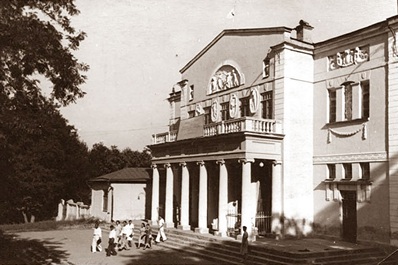 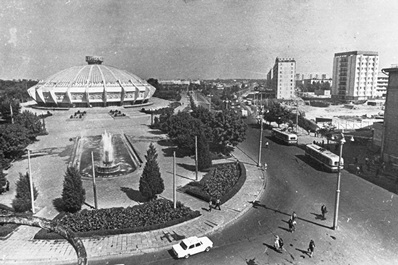 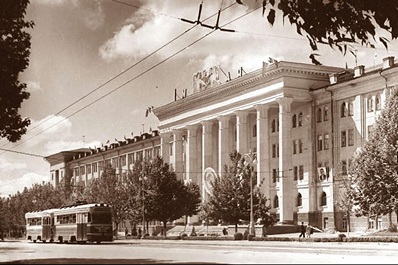 In the first years of the Soviet power in Uzbekistan many measures were directed to the liquidation of illiteracy and construction of schools. At the same time the traditional life style and culture were destroyed. In the 30-ies of the 20th century an active industrialization of Uzbekistan took place: large plants and fabrics of light and heavy industry were constructed, new cities were built near these plants, and old cities were reconstructed. During that period Uzbekistan suffered from Stalin’s political repressions: among the victims there were leading politicians and cultural figures of Uzbekistan.

During the World War II of 1941-1945 the male population of the republics of the Soviet Union were taken to the front and the most important enterprises and people were evacuated to the republics of Central Asia, including Uzbekistan. During this period, Tashkent became a kind of evacuation center, which gave a shelter to refugees from the whole Soviet Union, and was called the City of Bread and the City of Friendship of Nations.

In 1966 a heavy earthquake in Tashkent destroyed the major part of the old city. In this connection the city was rebuilt in the Soviet style by the architects, coming from all over the USSR. In 1977 the Tashkent metro was put into operation. It was the first metro in Central Asia.

In connection with the collapse of the USSR, the political independence of Uzbekistan was proclaimed at the extraordinary VI session of the Supreme Council on august 31, 1991. 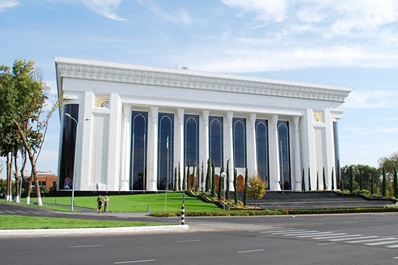 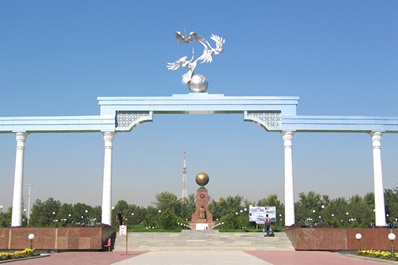 The 1st of September was announced the Independence Day. The Republic of Uzbekistan was officially recognized as an independent state by 160 countries around the world . On March 2, 1992 Uzbekistan became a member of the UN. On December 8, 1992 a new Constitution of the Republic of Uzbekistan was adopted. The core of the new political system in Uzbekistan became a presidential form of government, in which the power of the President, as head of the state, and executive power were concentrated.

Since gaining the independence, Uzbekistan took a course to build the democratic state with market economy. The republic obtained the opportunity to independently conduct the foreign economic activity. Today, Uzbekistan is a member of the Organization for Economic Cooperation, the European Bank for Reconstruction and Development, the International Monetary Fund, the International Labour Organization, Shanghai Cooperation Organization and other reputable organizations.