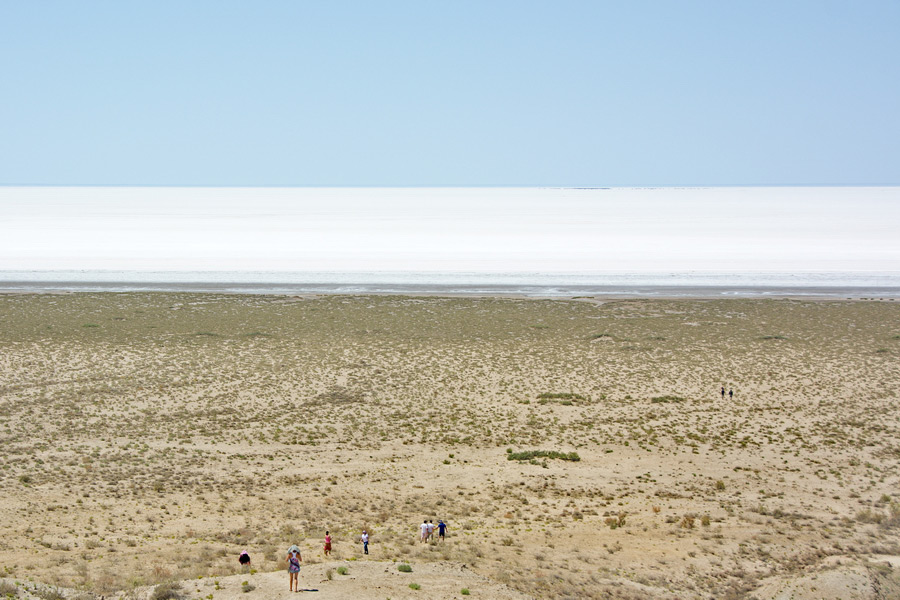 Among the many harsh yet interesting sights in Karakalpakstan which attract travelers, Barsa-Kelmes Salt Marsh tops the list. An arid, sweeping flat in western Uzbekistan which is several hours’ drive from Nukus, its name ominously translates as "The Place of No Return". Although today Barsa-Kelmes is not as frightening as its name suggests, in summer it is scorching hot and dazzlingly bright while in winter it becomes unbearably cold and viscid after precipitation.

Barsa-Kelmes was once the bed of a salt lake, which explains its colossal salt reserves. Although these have never been accurately calculated, a salt extraction plant has been operating on the eastern outskirts of the marsh for many years. Barsa-Kelmes is approximately 1040 square kilometers, with a length of 50 kilometers and a width of 35 kilometers. It is 10 times smaller than the famous Uyuni Salt Flats in Bolivia, and although the two are very similar in their characteristics, Uyuni is located at an altitude of 3650 meters while the Karakalpakstan salt marsh is just 70 meters above sea level. 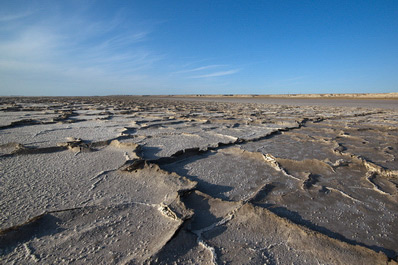 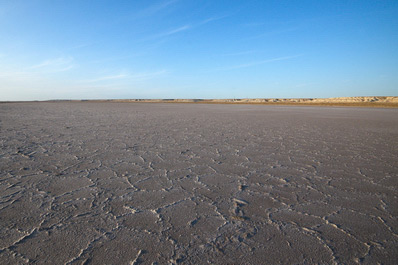 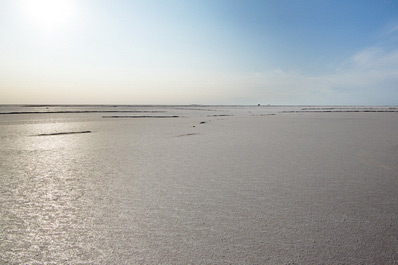 Far more than just a natural landmark, Barsa-Kelmes is steeped in legend. In the mid-20th century, famous Karakalpakstan explorer Sergey Tolstov heard a rumor from local residents that on the marshland was a place called “Shaitan-Kala” (Devil's Fortress), a huge fort with battlements from which fires could be observed after dark. Tolstoy wondered if the mysterious fort could be similar to Toprak-Kala or Ayaz-Kala, ancient castles which his team had recently unearthed in Karakalpakstan.

On September 14, 1946, Tolstov and his team arrived to Barsa-Kelmes on a small reconnaissance plane. They were immediately impressed by the expansive white surface and even discovered two "islands”. Yet after flying over the area several times at an altitude of just 50 meters, they were unable to spot any sign of human activity. Tolstoy later wrote: “Nothing! No traces of man-made structures. Shaitan-Kala, according to folk legend, was not built by people. This is a play of nature." 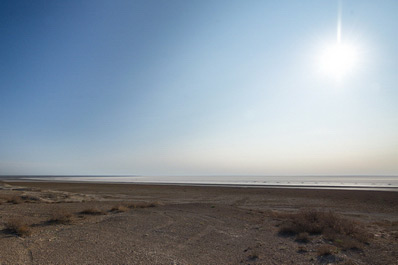 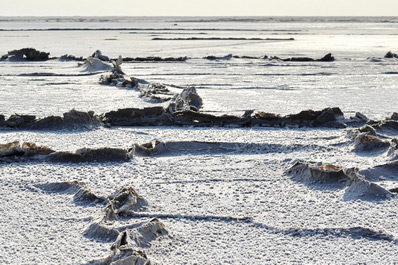 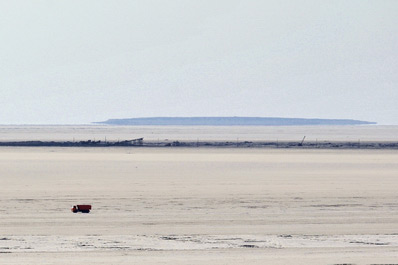 Today only salt miners can be seen on Barsa-Kelmes. Tourists who dare to visit usually do so as part of the Nukus-Muynak-Aral Sea-Sudochie-Nukus route. The shortest way to the salt marsh, however, is to drive 200 kilometers straight from Nukus and back. Bear in mind that the final kilometers will be off road and the last two kilometers, where the ground slopes steeply and can easily crumble under the weight of a vehicle, can only be traversed on foot.

The best time to travel to Barsa-Kelmes is in spring or autumn. It is best to arrive early in the morning or in the late afternoon in order to avoid the midday heat. As you cross this lifeless area, be prepared to endure the bright sun as it dazzles from above and reflects off of the snow-white salt below. As patches of swampland which dot the marsh can become a deadly trap, we recommend visiting only with an experienced guide. Simply exercise caution and pack your hat and sunglasses, and the surreal photos which the arid land promises (and are even more colorful after a light rain) will be a great reward for your efforts. 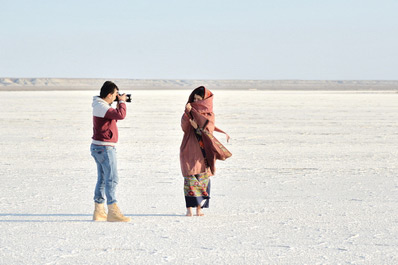 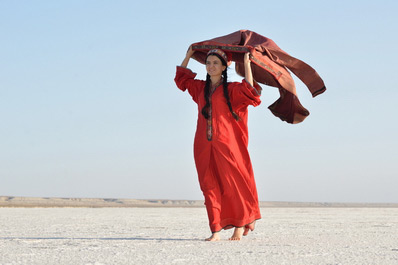 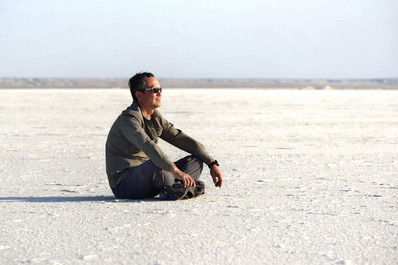