"The Fortress of Infidels" – this is how the name of this ancient settlement is translated. This fortress was built approximately in the 4th century BC. Its ten-metre walls impress with the power. They surround ruins of two citadels that presumably could be a temple and palace constructions. One of citadels could serve as a protective construction and a temple. It is not surprising, as this district is considered the native land of the most ancient texts of Avesta - Gathas, written by Zarathustra. The numerous ruins of the centres are the evidence that inhabitants Gjaur-Kaly were Zoroastrians who worshipped the fire. 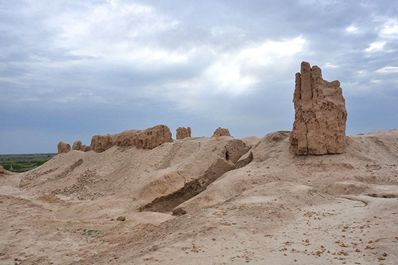 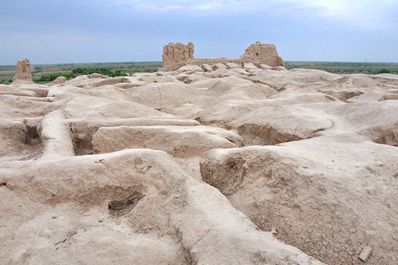 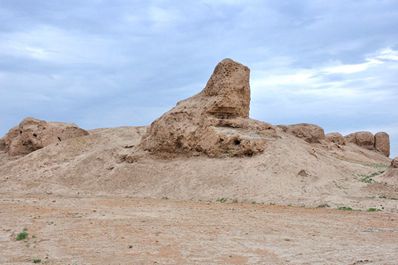 Other citadel, apparently, was the governor’s palace. It had the courtyard, a number of household outbuildings, the dwelling premises decorated with carvings and paintings. Archeologists found here other relics of luxury goods: various ornaments, the fabrics decorated with gold sewing, and many other things, bearing the evidence that representatives of the higher estate lived here.

Gyaur-Kala fortress stood on the crossing of trade ways. The northern branch of the Great Silk Road laid not far away, and it to a large extend contributed to longer existence of this ancient settlement in comparison with other fortresses of Ancient Khorezm. 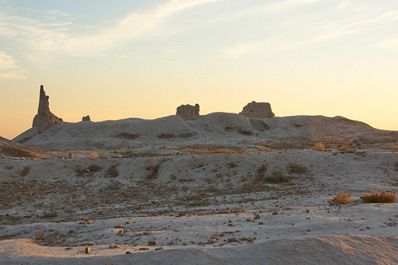 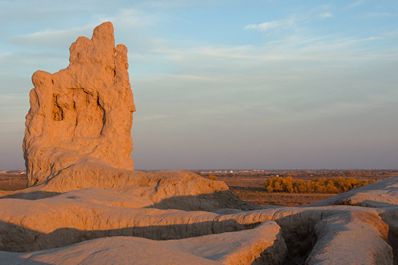 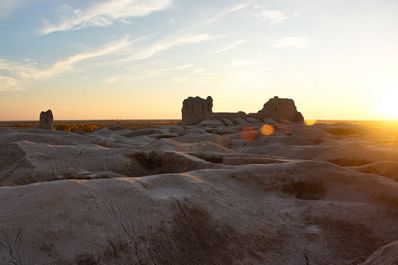 The fortress received its name from Arabs who conquered it in the beginning of 8th century. Townsmen had been furnishing a fierce resistance to conquerors for over half a century. Arabs named fortress Gyaur-Kala – "the Fortress of Infidels" as inhabitants were Zoroastrians, i.e. worshipped the fire.

The fortress continued to function up to arrival the Mongols to the Central Asia in 1220. Genghis Khan’s elder son Temujin ordered to ruin the city to the ground. Subsequently townsmen moved and established a new settlement near to Gyaur-kala remains.