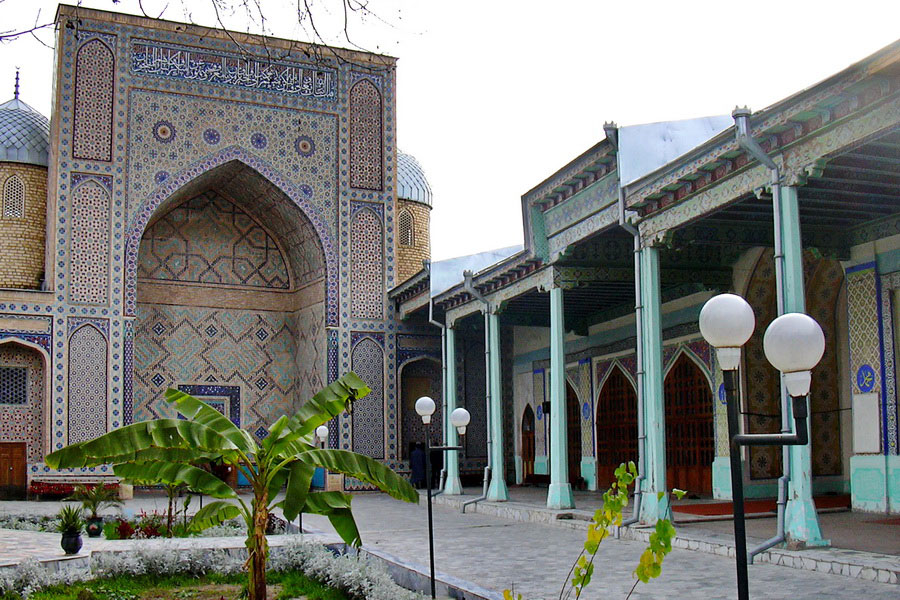 When Sufism became spreading over the Arab world many Muslims were only paying attention to material values and following the rules of the Shariah, not caring much of their spiritual life. This caused many scholars to appeal to come back to simple values and start struggling with inner enemy – envy, arrogance, parsimony, laziness. This gave birth to the development of a new trend – “tasawwuf” – which means “Sufism”.

Sufism (“At-tasawwuf” means mysticism in Arab) as a mystic and ascetic belief and practice in Islam appeared first in the West of the Islamic world (Egypt, Syria, Iraq) under the influence of eastern Christian monasticism at the turn of the VIII and IX centuries. By the X century having separated from asceticism, Sufism formed to an independent and progressive for its time religious philosophical-moral sect within Islam spreading widely over the whole Islamic world in the vast Arab Caliphate from Egypt to Spain in the West to Eastern Turkestan in the East, including Iran and Central Asia. The mystic-ascetic sect in Islam is not an exclusive phenomenon in this religion, it can be traced in all religious systems of the world - in Christian monasticism from where this sect was directly borrowed, Judaism (cabbala), Buddhism and Hinduism (various forms of monasticism) and it goes to the depths of unrecorded time.

The formation of Sufism as the Islam religion itself was taking place in every individual region in interaction with more ancient religions. By the time of propagation and establishment of Islam in the countries conquered by the Arabs, the traditions of pre-Islamic ideology were still alive and were extremely conservative and naturally were inherited by the youngest religion of the world. Central Asian Sufism in particular was formed under the influence of the local forms of Zoroastrianism, Manichaeism, Nestorianism and other eastern Iranian and religious sects of Mawarannahr existed in pre-Islamic Central Asia.

The origin of the world Sufism is interpreted differently, from Arabian “suf” - wool and Greek “sofna” - a monk, Persian “sof” – sincerity, open-heartedness, naiveté and Turkic – “sufa - a sitting place. The most diffused opinion is that the term “Sufism” originated from “suf” – wool, coarse clothes of fleece worn by Sufis in the early period of this sect.

The path of any Sufis is divided into four stages: shariah –obeying the Islamic law, tariqah– postulancy, ma’rifah – meditation and perception of God, haqiqah – full attainment of truth. The people who wish to enter upon the path of Sufi are called murids (which means “thirsty”), as well as saliks, ahl e dils, mutassavives. They have to work their path up under auspices of their counselors, teachers called as Sheikhs, Murshids, Pirs, Khojas, Ishons, Mavlons, Makhdums who in their turn received permission from their counselors. Thus Islam has a kind of system of succession with Sufi sheikhs as its main elements. The Sufi Sheikhs are counselors whose family line descends to the very source of Islam. 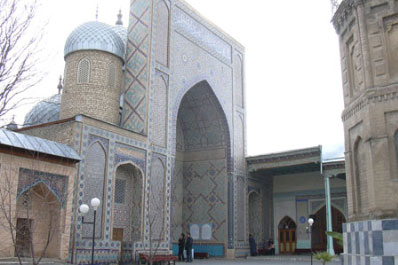 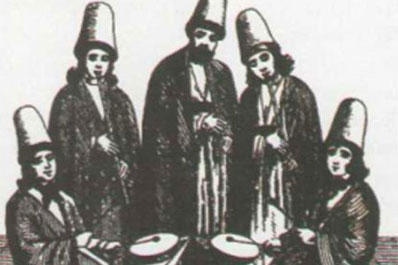 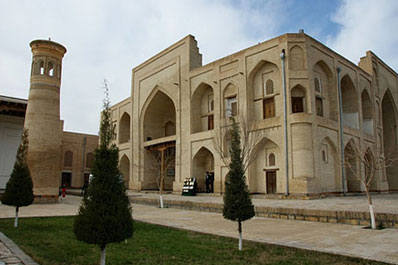 Over the period of its existence Sufism went through several stages of its development and transformation, determined by the changes in the socio-economic and political situations, ideological trends, dogmatics, Sufi philosophy and geography of its propagation. Figuratively, the development of Sufism can be divided into several stages - the VIII- X, XI – end of the XII, XIII-XV and XVI-XVII centuries.

The early forms of Sufism (pronounced mysticism, asceticism, celibate and reclusion) caused a negative attitude of canonical Islam to it. Sufism at the first stage of its existence was declared heresy and it was repugnant for the Sunni clergy up to the XI century. Gradually approximately from the XI century Sufism transformed to a more suitable and tolerant form for all levels of the population - to so-called “moderate Sufism”; a gradual reconciliation of Sunni and Sufi theologies was taking place. From that time Sufism began spreading widely causing not only poor servants but also rich seigniors to join its fratry. To be Sufi was considered honorable and good style.

At the beginning of the XII century there formed three large orders in Central Asia – the Kubrawiya (in Khorezm), Kadyriya chapter (in Fergana) and Turkic fraternity of Yassawiya founded on the basis of Yusuf al-Hamadani’s teachings by Akhmad Yassawy in Turkestan (the south of Kazakhstan). Various Sufi unions – tariqah were leading a fight for greater impact on believers, which sometimes took a desperate form.

A lot of Sufi monuments and mansions have preserved in Uzbekistan up to day. It is the memorial complex of Bakhauddin Nakshbandi in Bukhara suburb. They are the Khoja Akhrar Mosque and Tomb, Gur Emir Mausoleum, Ruhabad Mausoleum and others in Samarkand. It is the Sheikh Zainutdin bobo Mausoleum, referred to the Sukhravardiya Order in Tashkent. There also the Shaikhantaur Mausoleum and Mausoleum of Kaffal Shashi in the capital. And in its suburb there is the Zangiata Mausoleum.

Furthermore several female Sufi mansions where women could only join were established in the territory of Central Asia. The Kiz Bibi complex was the most prominent among them. All these places are holy for Sufis and possess healthfulness. People from far off countries are coming there to find healing and wisdom, well, as a Sufi sentence runs, “Seek for wisdom while you have strength, otherwise you can lose strength while having found no wisdom”.

Sufism represented an organic whole neither in its teachings nor in cultic and institutional practice. The Orders like the Christian monasteries drew up their own consuetudinary and developed specific rituals – rejoicing: chanting “sama” and dancing dervish “raks” - different in various Sufi fratries and dating back to the depths of unrecorded time. Sufism did not become a well-shaped, expressly formulated, strictly defined system of views at any stage of its development. Sufism is not a concise ideological system; it is rather a number of sects, schools and trends united only in the field of practical Sufism - ceremonial practice where by way of ecstasy and insight Sufis attained a spiritual and intuitive cognition of God.