Great attention is paid in Uzbekistan to restore and develop traditional crafts: ganch carving, toreutics (metal carving), golden stitch embroidery and many other. A number of events including exhibitions, festivals and competitions, are held for this purpose. Uzbekistan Fund Oltin Meros (“Golden Heritage”), which helps young artisans to develop and to present their works, has great influence on the applied art development. Center of Applied Arts in Abul Kasim Madrasah, Tashkent, was established within the framework of this Fund. 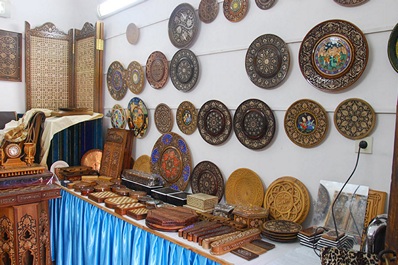 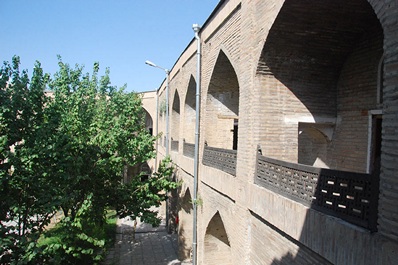 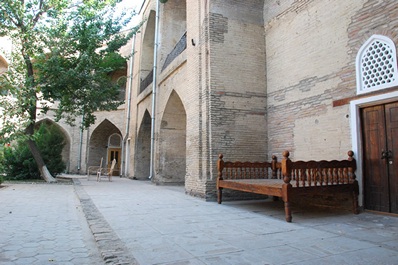 The building itself is a historical monument built in the middle of the 19th century, on the money of the well-known and respected representative of the Tashkent elite Abulkasym eshon. This is a real historical figure who had a significant impact on the development of Tashkent in the 19th century. Abulkasym eshon participated in negotiations with the Russian authorities during the capture of Kokand Khanate and defended the inhabitants of the city during the uprisings that staggered Tashkent in the second half of 19th century. Residents of the city often came to him for advice, honoring and respecting both the wise and enlightened man. 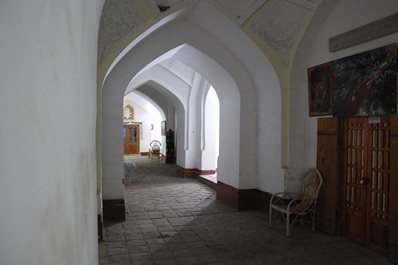 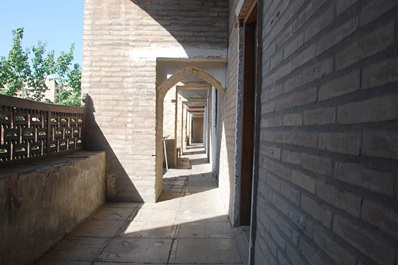 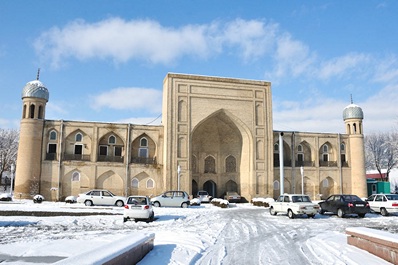 The place to build a madrasah was not chosen by chance. Here was located the sanctuary, where according to legend, were stored few hairs from the beard of the Prophet. Madrasah was built near the sanctuary. Over time, the sanctuary became Muyi Mubarak Hanaka mosque at madrasah. According to the layout, madrasah is a typical medieval building with a rectangular courtyard. The building is two-storey with hujras (student rooms)along the perimeter and learning rooms (darskhona). As in most medieval madrasahs, patterned wooden lattice – pandjars, art works in themselves, are imbedded in most hudjras. 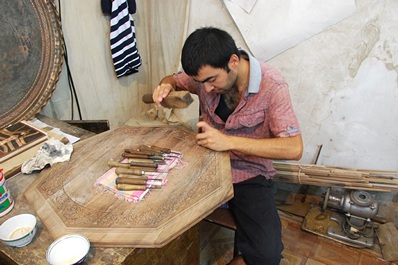 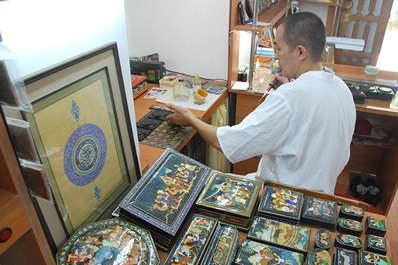 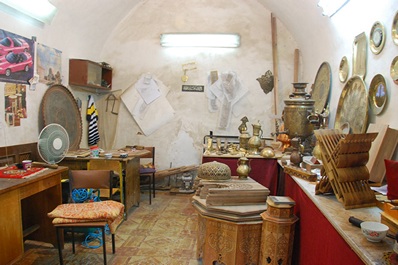 Madrasah is also a historical monument, it was even used as a fortification during the Russian expansion, and peace agreement between Russia and the residents of the city was signed here after the city was captured. To date, the building houses the National Centre of Applied Arts. Every connoisseur of oriental culture can visit the madrasah and watch how famous Uzbek craftswomen work. Here one can find the works of skilled embroiderers: carpets, shawls, scarves, bags embroidered in traditional style. Connoisseurs of metal products can purchase various items of metal, with sophisticate carvings and engravings. Here one can observe with one’s own eyes how oriental miniatures are created by talented artists, how a piece of wood turns into a magnificent carved jewelry box, etc. Lovers of oriental culture will find a lot of interesting things if they visit Center of Applied Arts in Abul Kasim Madrasah in Tashkent.