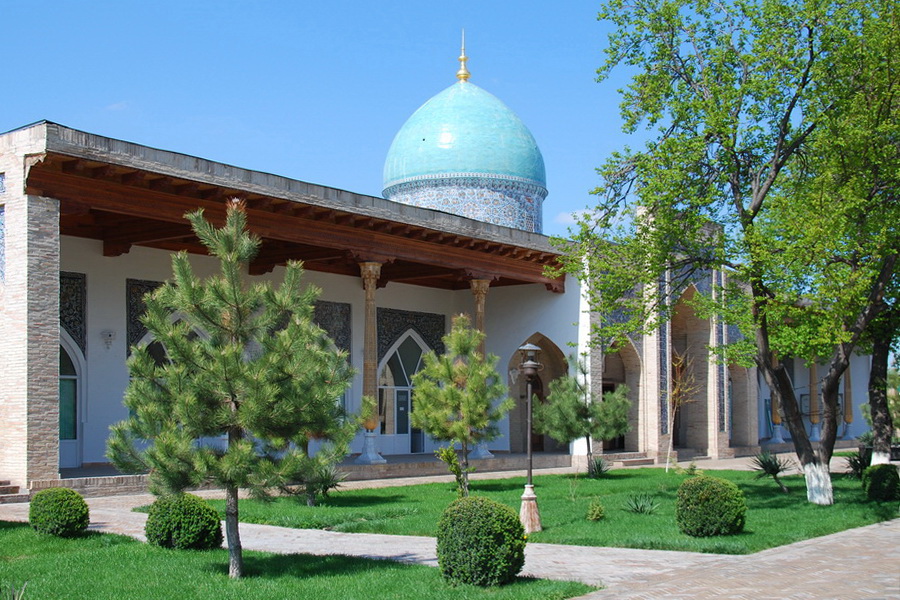 The Islamic Institute named after Imam al-Bukhari was founded in 1971 by prominent Islamic religious leader, preacher and scholar Sheikh Ziyauddinkhan ibn Eshon Babakhan. Despite the difficulties, he succeeded in opening the first USSR’s institute to study Islam.

The institute building was erected on the site of the Namozgoh mosque (end of the XIX century), destroyed as many other religious monuments during the Revolution. When it was decided to open the Islamic institute there, the building was restored. The Islamic Institute did not have its current look until 1997, after a major reconstruction of the Hast Imam Complex within whose territory it is found.

Today the Tashkent Islamic Institute trains annually up to 200 students: upon graduation the young men and women work not only in religious, but also in secular institutions. The educational program of the Institute was agreed with the Committee on Religious Affairs and the Ministry of Higher Education. Upon graduation the students receive diplomas of a state institution.

Among the students of this institution of Muslim higher education are many famous CIS scholars, muftis and ulemas, such as: Ravil Gainutdin, Akhmad Kadyrov, Umar Idrisov, Allahshukur Pashazade and other.