The Minor mosque is one of new sights of Tashkent located in the new part of the city, not far from the UzExpoCentre and Hotel International. It was opened on 1 October 2014, on the eve of the Eid holiday, and has become one of the favorite places of city residents for evening strolls. Minor mosque is located on the embankment of the Ankhor channel and is surrounded by a landscaped area. 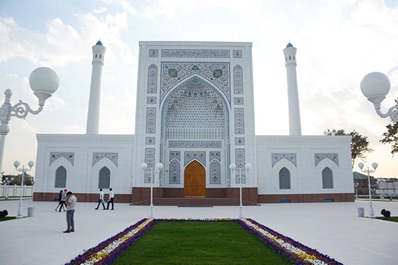 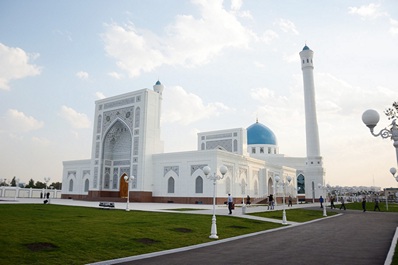 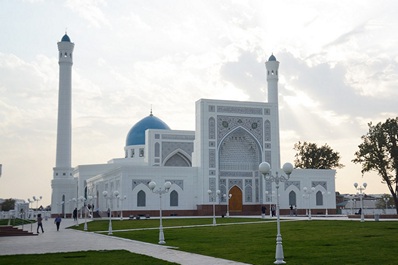 Construction of the mosque began in the summer of 2013 and was done in the best traditions of the eastern architecture. At the same time, Minor mosque differs from old brick mosques with its white marble finishing. It shines under the clear sky and its turquoise dome seems to be vanishing in the sky. Its capacity is more than 2400 people. Minor mosque is divided to the open front part with terraces, and big round hall with gold plated mihrab (a semicircular niche in the wall of a mosque that indicates the qibla (the direction of the Kaaba in Mecca and the direction Muslims should face when praying), adorned with writings from Koran.

New sight does not have a long history yet, but once you are in Tashkent, don’t miss your chance to have a look at Minor mosque in all its white marbled glory. 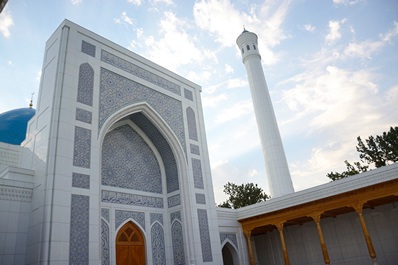 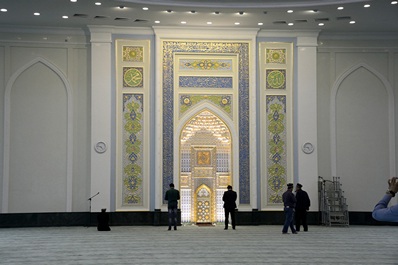 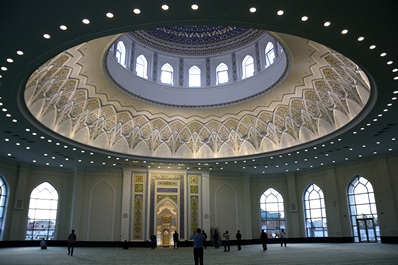