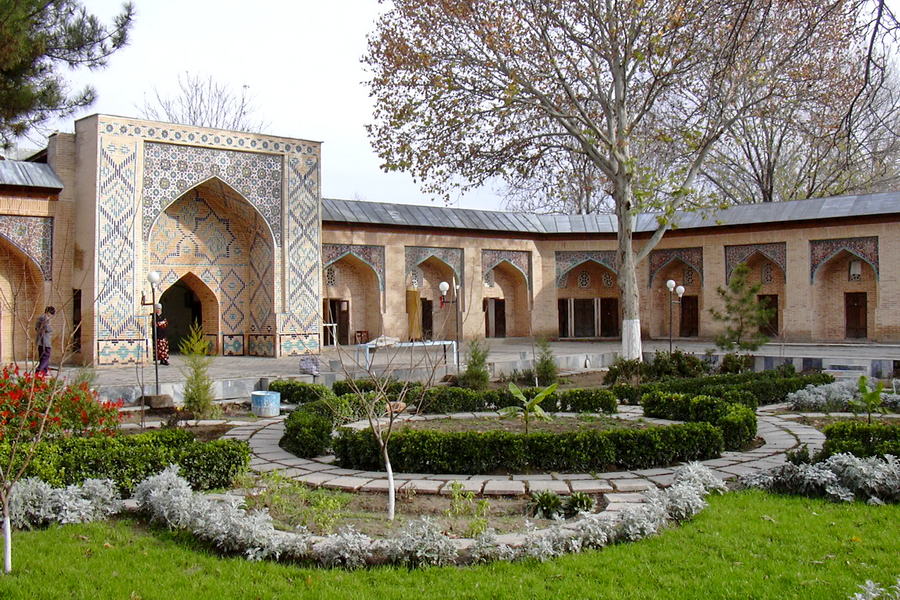 At 15 km from Tashkent, in the village of Zangiata, there is a famous mausoleum Zangiata, where Muslim Sheikh Ai-Khodja and his wife were buried. The Sheikh lived in the XIII century. Zangiata means "dark father". He got this nickname because of dark skin of his color. They were followers of the great leader of all Turkic tribes in Central Asia, the Sufi Ahmed Yasawi.

The Mausoleum was built when Temur was in power. The legend says that Timur was originally ordered to rebuild the mausoleum in Turkestan in honour of another Muslem saint, Ahmed Yassavi (Kazakhstan).

But the wall that was being constructed mausoleum was constantly crumbled. The building was not moving. And then Tamerlan dreamed Yassaviy who said to him that the first honors to be given to Zangiata. Tamerlan ordered to rebuild Zangiata mausoleum and only then built Ahmed Yassavi mausoleum had been built in Turkestan.

Later, in the XVIII century, the madrasah and the mosque was built and patio finished patio. At the beginning of XX century was also erected a minaret. The historic buildings are situated around a spacious garden, a complex of monumental buildings XIV-XIX centuries, Madrasah (XVIII-XIX cc.) Mosque (1870), with a minaret (1914-1915) and an ancient cemetery.

Mausoleum is one of the most visited holy places in Tashkent. It is generally accepted tradition of Tashkent families to take charitable gift to Zangi-ata each twelve year cycle («muchal yili») according to the eastern calendar, that is, when someone in the family turns 12, 24, 36 or more visits Zangi-ata with charitable gift. Typically, the kit includes two meters of white cloth, a white handkerchief, a pack of tea, a kilo of refined sugar and everything for cooking pilaf like rice, meat, oil, carrots, onions and four pieces of Uzbek bread “lepeshka”. 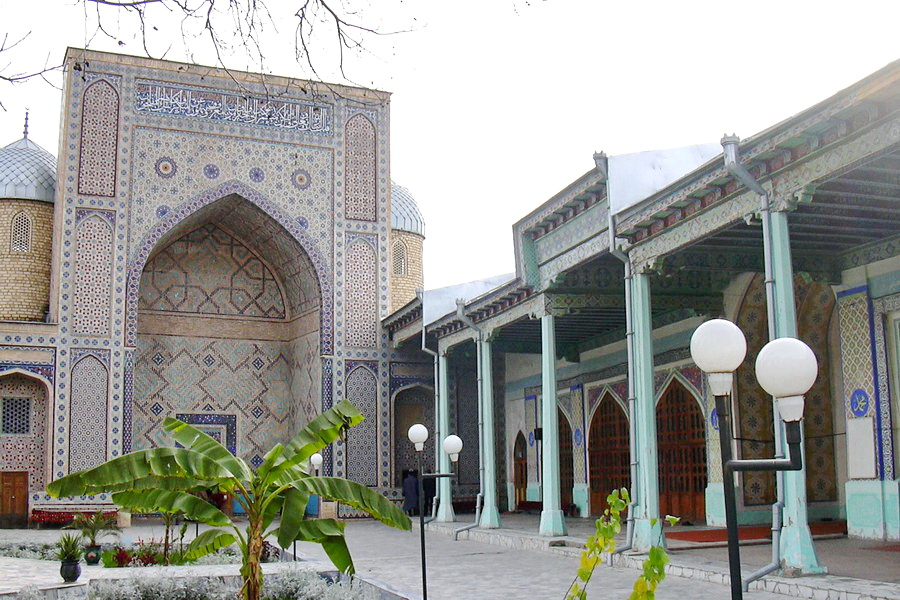