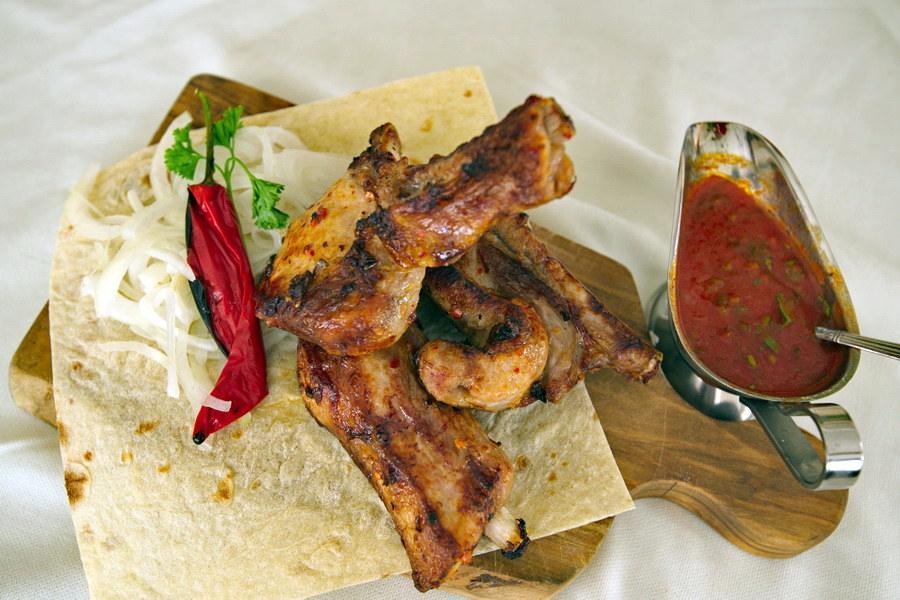 Armenian national cuisine is among the oldest in the world, with some Armenian recipes over 2000 years old. Beyond traditional dishes such as dolma and khorovats, today French croissants, Indian biryani, Arabic falafel, Sicilian arancini, American steaks and the like have found their way into local fare.

It is impossible to fly to Armenia and stay hungry, as a variety of dishes from dozens of countries will satisfy even the most demanding gourmet. Armenian cuisine may be divided into three main categories: Armenian, European and Asian dishes.

Armenian national cuisine is known for its abundance of meat, cheeses, herbs and spices which are used to created dishes with unique flavors. Many national foods are still prepared regularly both in restaurants and at home.

The country is also famous for its numerous fish dishes which have long played a central role in the history of Armenian food. The most popular fish is a Sevan trout called ishkhan, meaning “royal”. Ishkhan may be served as ishkhan khorovats (fish kebab), ishkhan in wine (a delicate dish with spices), ishkhana (minced fish balls), ishkhan in oil (fish fried in butter) and ishkhan khashats (stewed fish). There is also stuffed fish, fish dolma, kchuch (fish baked in a pot) and many others.

Anyone traveling in Armenia will want to try delicious Armenian jam, which may be made from cherries, mulberries, figs and quince or even from pumpkin, eggplant, rose petals and walnuts.

Sicilian (southern Italian) cuisine is common in Armenia. Due to the influence of different cultures on the island of Sicily, the cuisine absorbed recipes from Italy, Greece, Spain and Arabia. In Armenia you can taste bean soup, baked bread soup, pasta alla Norma and pasta with sardines, wavy ricotta lasagna and arancini (stuffed rice balls). Pecorino siciliano and caciocavallo cheeses, along with desserts such as cannoli, buccellato and granita, are also quite popular.

There are not many Georgian restaurants in Armenia, but those that do exist offer juicy khinkali dumplings with various fillings, hot khachapuri cheese bread and fresh churchkhela candies.

Greek food is less common on the Armenian menu but includes moussaka (a meat and vegetable dish), fresh olives, seafood and, of course, Greek salad, which in Greece is called rustic.

There are few to none exclusively Chinese and Thai restaurants in Armenia, but select meals from both cuisines can be ordered in pan-Asian cafes along with Japanese food. Japanese cuisine in Armenia includes seafood and vegetable rolls, soups and various noodle dishes. East Asian favorites in Armenia include the Thai soups tom yum and tomkha and pad thai noodles, Chinese salads and meat and fish dishes.

Uzbek cuisine in Armenia is growing in popularity, and there are now several cafes where you can try rice pilaf, manty dumplings, juicy kebabs and savory samsa pastries.

Armenian national cuisine has absorbed treasured recipes from around the world, allowing any traveler to feel at home. No tour to Armenia is complete without culinary discoveries integrated into your itinerary alongside sightseeing excursions.