Akhtala Monastery is one of the unique monuments of Christian history in the Caucasus. It is in the very north of Armenia, near the border with Georgia, 3km from the M6 highway between Yerevan and Tbilisi. It is situated on a small plateau above a small river, Shamlukh. Once there was a fortress, the walls of which are still visible at the entrance to the monastery.

Due to its location, Akhtala Monastery is one of Armenia’s less-frequently visited tourist attractions, despite its rich history, unique architecture, and fascinating collection of frescoes (such frescoes are quite rare in Armenian churches). Its history goes back 1,000 years and, while there are some signs of disrepair, a major restoration project was carried out between 1979 and 1989. 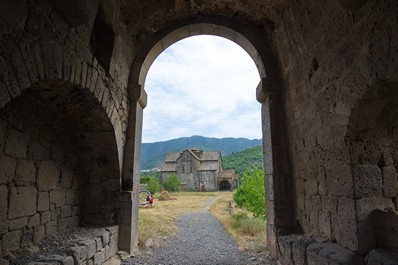 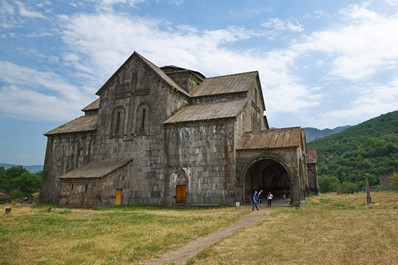 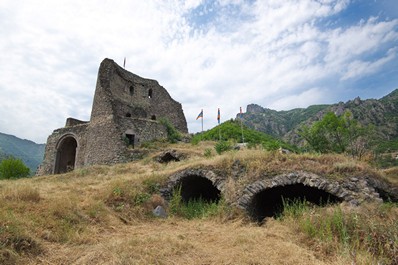 The history of Akhtala officially begins in the 10th century, when a fortress called Pghindzahank was built here. It was a strategic defensive structure of the Tashir-Dzorageg kingdom. Two centuries later, in 1188, on the orders of Princess Miriam of the Kyurikyan clan, the Church of the Most Holy Mother of God was built in the fortress. Soon, the fortress was transformed into a monastery, which became the largest Chalcedonian monastery in northern Armenia. At the same time, references to the name “Pghindzahank” were gradually disappearing from the annals. In the 14th century, Akhtala Monastery passed into the possession of the Georgian Orthodox Church. In the 15th century, a settlement called Akhtala was established at the base of the monastery. 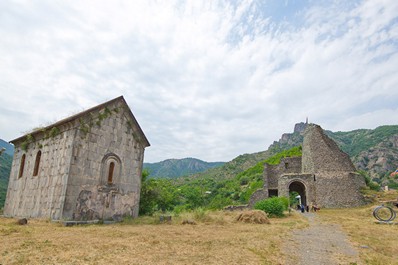 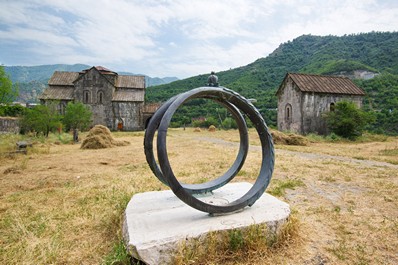 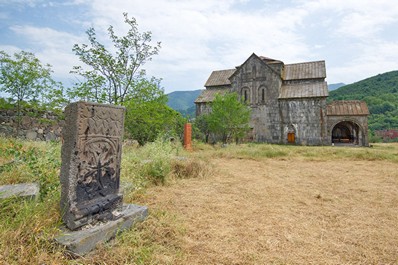 The central building of the Akhtala Monastery—the Church of the Most Holy Mother of God—is a cross-domed church, but its dome has not been preserved. The church’s architecture is an interesting combination of the Armenian and Georgian styles, which is particularly visible in the exterior. Armenian builders created the general layout, while the Georgian masters were more involved in the details. The church in Akhtala is larger than Georgian churches. A tomb for the Kyurikyan clan was built to the left of the central entrance.

The main feature of the church is its frescoes, which were painted at the beginning of the 13th century. They are unique because they cover almost all of the interior walls of the church, and also because there are not many other churches with frescoes in Armenia. A detailed study of the frescoes suggested that they were created by the joint efforts of eight masters, each of whom used his own style. The frescoes are in the Byzantine style, but the theme of almost all the frescoes is the history of Christianity in Armenia. Today, at the entrance to the church, you can buy postcards depicting these frescoes. 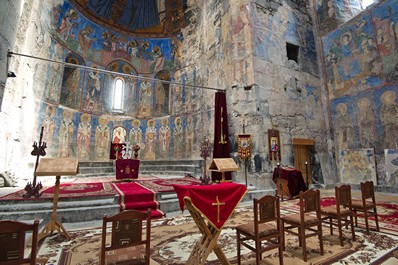 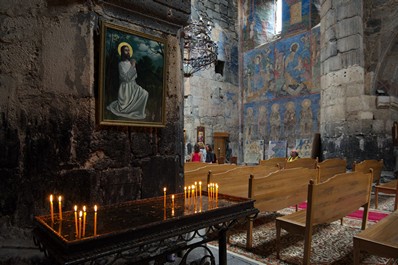 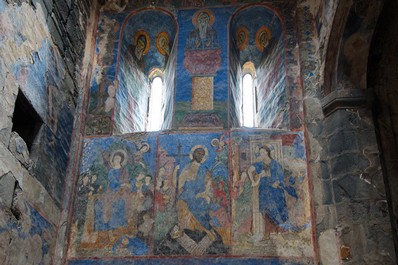 In addition to the central church, the monastery also has the small church of St. Basil, the ruins of a residential building and a refectory for monks, and traces of other buildings. The fortress walls and the central entrance tower are quite well-preserved, and it is clear that this was once a very powerful fortification. To evaluate the walls it’s better to look at the walls from outside, it is impossible to do this from the inside. The tower where the monastery’s entrance is less well-preserved (its top was partially destroyed), but the entrance portal is intact and the bricklayers who built this 1,000 years ago should be admired for the high-quality of the portal’s masonry.

Today, Akhtala Monastery is not very popular among tourists because it is far from Yerevan. Most visitors are passing by on their way between Armenia and Georgia (or vice versa). Nevertheless, the monastery is worth a visit for the architecture of the church and fortress and, especially, the frescoes.