Odzun Monastery is a majestic 6th century monument located in the centre of Odzun village, in northern Armenia. It is one of the most beautiful attractions in the Lori region. Despite its age, the monastery is well preserved. It has benefited from several reconstructions and restorations, the last of which was completed in 2014. 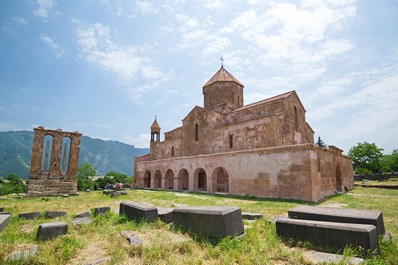 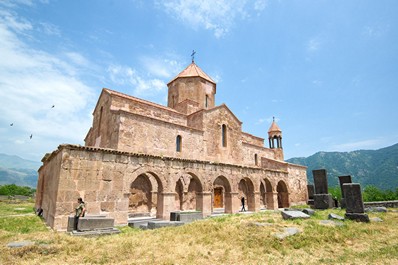 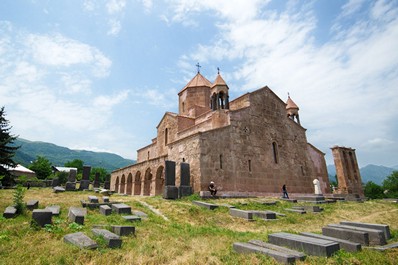 The monastery is in the form of a domed basilica. It is made from blocks of pink felsite, with the interior decoration made from basalt slabs. Another feature, rare in Armenian churches, is the arched galleries located on both sides of the central entrance. In addition, in the 19th century, two bells were built in the distant part of the basilica. These complement the style of the ancient church. 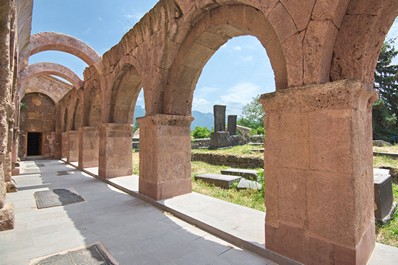 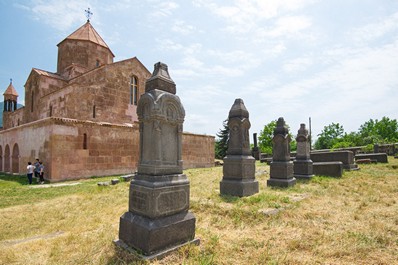 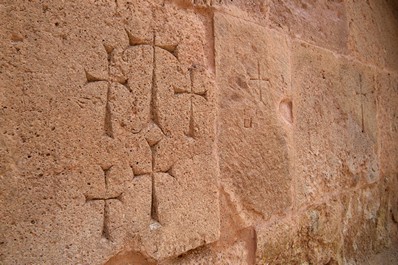 The monastery’s interior is quite typical of Christian architecture across the Caucasus, with high columns, round arches, and narrow windows. On the walls you can see reliefs with Christian scenes, as well as various ornaments in the form of grape branches. At the end of the hall, above the altar, is the icon of the Virgin Mary with baby Jesus. 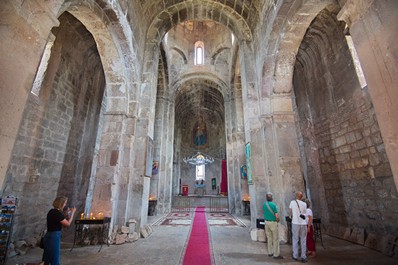 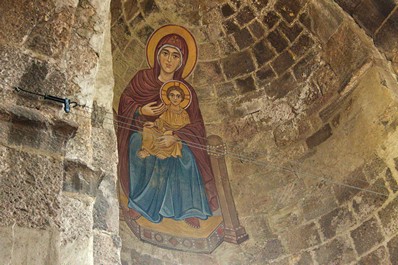 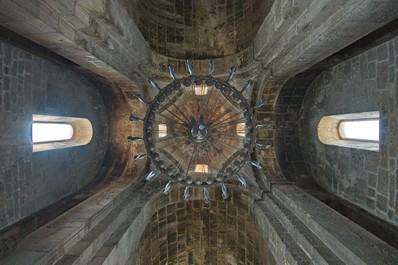 The larger monastery complex is also of interest to connoisseurs of Armenian Christian culture. Around the central church there is a small cemetery with many khachkars, tombstones, and other monuments. The largest monument is a gravestone with two arches and several steps. Stories from the Gospel and of the history of Christianity in Armenia are carved on the tombstone.

Between 2012 and 2014 the Odzun Monastery was completely renovated by a group of Armenian and Italian engineers. The building was strengthened with new engineering solutions and cables, and the façade was cleaned. Fragments of ancient ornaments and household items from the 6th century (when the monastery was constructed) were found during the renovations. When repairing the dome, the restorers also found a message from their predecessors: a bottle of wine containing a note about the completion of the reconstruction in 1889.