Probably it is much easier
To climb to the top of Mount Ararat
Than from the cellars of “Ararat”.
Maksim Gorkiy, 1928

Of all the sights of Yerevan, the finest is the Ararat Brandy Factory, officially the Yerevan Brandy Company. Visiting Yerevan without trying Armenian cognac-style brandy is like attending a birthday party without having cake.

The history of the factory goes back to the 16th century, when the Persians built a fortress called Erivan on the place. It served as an outpost of the city for a long time, and at the beginning of the 19th century was seized by Russian troops. In 1853, the fortification was damaged in an earthquake, and in 1865, the merchant Nekren Tairyan (Tairov) bought the ruins and the adjoining territory with his cousin. In 1887, he founded the Erivan Wine Factory on the place of the fortress, and later started producing cognac. 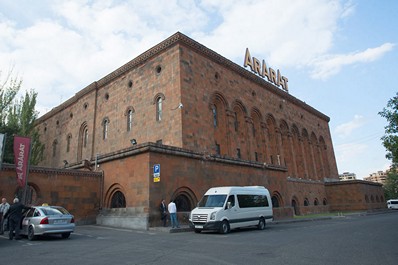 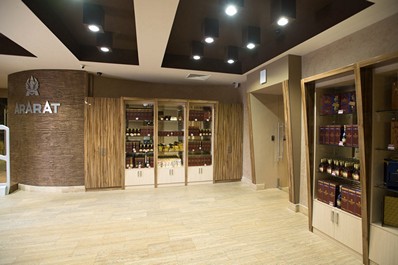 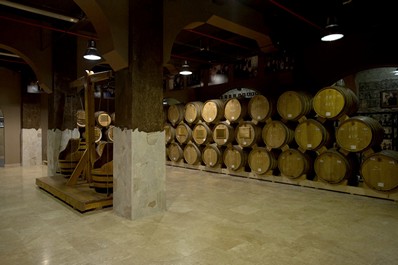 The first Armenian cognacs were made according to French methods, and the first brand even had a French name, Fine Champagne. In 1898, the factory was leased to a Russian industrialist named Nikolay Shustov, and in 1900, he purchased it completely. This ushered in the heydey of cognac production in Armenia. Shustov invested a lot of money into the modernization of production and popularization of the brand. In 1900, a consignment of bottles were sent to Paris without indicating the production source, and at a blind tasting was awarded the grand prix. It was then revealed that the cognac was from Armenia and it acquired the right to be called a cognac, though it was not made in the French province of the same name. Shustov also became the official supplier of cognac for the Emperor’s dining table.

After the founding of the Soviet Union, the factory was nationalized. Cognac production continued, and even increased. In 1953, the factory moved into a new building on the other side of the Razdan River and got its present name - the Yerevan Cognac Factory. It became the only producer of Armenian cognac, with all other factories preparing other drinks and providing raw materials. 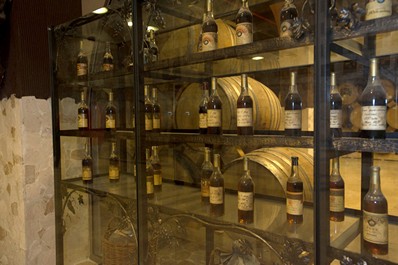 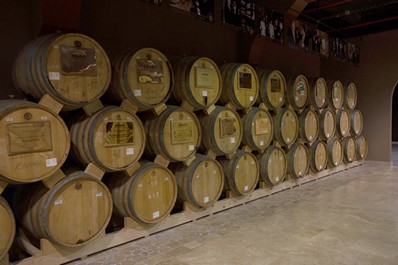 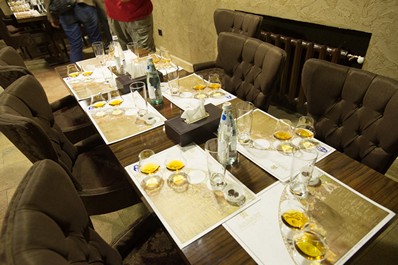 After the fall of the Soviet Union, the Ararat Cognac Factory was privatized and bought by the French company Pernod Ricard. In 2002, the Armenian businessman Gagik Tsarukyan bought the old factory building and opened the Noy (“Noah”) Wine, Brandy and Vodka Factory. The two factories compete to produce cognac and brandy that is exported to dozens of countries around the world.

Both factories have historical museums and cognac tasting halls, and excursions are held there almost every day. You can see samples of cognac that were made when the factory was founded, different quality awards, barrels laid in honor of famous figures, and more. During the excursions, visitors can see the entire production process, storage facilities, and taste cognac. Visitors also learn how to taste different ages of cognac, how to drink correctly, and how to distinguish a genuine product from a fake.

There are plenty of legends and stories that are told during tours of the Yerevan Cognac Factory. Some of them are quite popular, even if there is no evidence that they’re true. One story says that during the Yalta Conference, Josef Stalin offered Winston Churchill a glass of Armenian cognac to go with his cigar, and Churchill loved it. After that, Churchill received a shipment of Dvin cognac every month. One time, Churchill noticed that the quality had gone down in a recent cognac delivery, so he informed Stalin. It was found that the master of coupage, Margar Sedrakyan, had been exiled to Siberia, and production had worsened as a result. Stalin ordered the master to be returned to his job, and provided all necessary conditions to return him to normal life.

Today, the Ararat Cognac Factory produces several types of cognac aged 3 to 10 years, and stores brand cognac aged from 25 to 70 years. In order to find out how old a cognac is, you should swish it around the glass so that it can run down the dry walls of the glass. The longer it runs down, the older it is. Usually, one second equals one year of aging.

If you’re looking for a great souvenir from Armenia, there’s not a lot better than Armenian cognac!