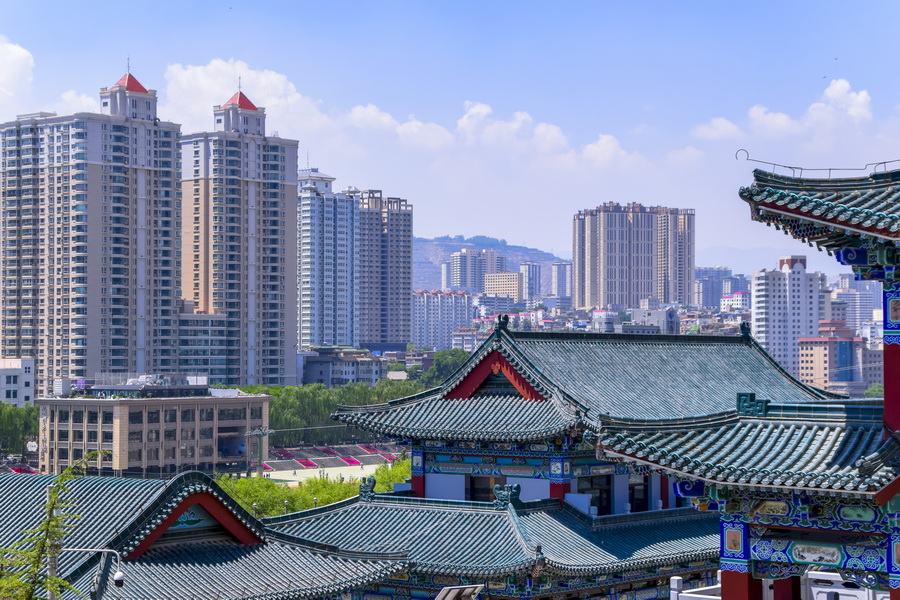 Lanzhou - connecting East and West on the Silk Road

Lanzhou (Lanchow) is an administrative center of Gansu province, located in the heart of China. The city itself lies on the Huang He riverside, surrounded by high mountains. The city population approximates 3,150,000 people. Lanzhou is an important industrial center. The Lanzhou’s industry is represented by various sectors: chemical, engineering, oil-refining, cloth manufacturing, tobacco and leather industries, etc.

Furthermore, the advantageous location of Lanzhou makes the city an important road junction, connecting the eastern and western parts of China. That is precisely why, in old time, Lanzhou became an important strategic and trade center on the Great Silk Road. Lanzhou was the only large city on the vast 1,600-km section of the Silk Road. In ancient times the city was known for its market, one of the largest in China where goods from all over the world could be found. Every day dozens of caravans carrying silk, precious stones, greenstones, gunpowder, and paper crossed the city.

The Lanzhou history is associated with the history of the Great Silk Road. This interrelation was brightly reflected in the famous Binhe Park, situated in the northern part of the city along the Huang He riverside. There, among flowerers and various trees one can see sculptures of pilgrims wandering along the Silk Road or a group of camels loaded with packs of precious goods. Here and there, the park’s visitors can enjoy small sculpture compositions, narrating about the centuries-long history of Lanzhou city.

The history of the city itself numbers about 2 millennia. The first written records date back to 778 BC. During the ministry of the Han Dynasty (206 BC - 220 AD) Lanzhou was known as “Yunyu”, which means “Golden City”. By that time it was already one of the most beautiful cities of China. Following the fall of the Tang Empire in 763, the city fell under control of Tibet, in 1235, and like the major part of Northern China it was subject to Mongolian invasions.

Lanzhou impresses not only with the city’s historical part but also with its gorgeous landscapes. The Gaolanshan summit in the city’s southern part is occupied by Lanshan Park which stretches for 10 km. The park was completely destroyed during Japanese occupation; upon the city liberation, it had the only tree left on the mountain top. The townsmen made every effort to restore the park anew and today it is one of the most picturesque places in Lanzhou.

Another sight of the city is the White Pagoda built under the Min dynasty (XV) on the northern riverside of Huang He. The 17-m high Pagoda consists of 7 levels. Equally impressive is Five Springs Park based on a park which is considered a resting place for the townsmen as long as 2,000 years. This is not just a resting place but also a historical and cultural reserve whose territory also famous for several temples, including the Chungking Temple, War Bridge and Zhongshan Memorial Hall.

Lanzhou is rightfully considered a cradle of Chinese civilization. Its advantageous location, rich history, natural climatic conditions make the city one of the most attractive tourist places in China.