There are just a few countries in the entire world with such a developed choral culture as in Georgia. The national originality of Georgian people fully is fully reflected in harmonious singing. The roots of polyphonic church chanting go back to the 5 th century AD. Originally it existed only on folk level, but with the coming of Christianity it got the status of church chanting. 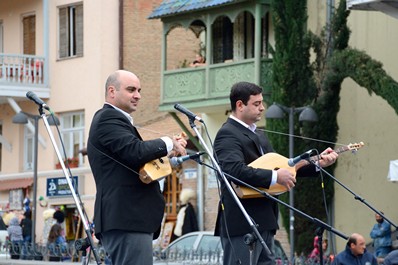 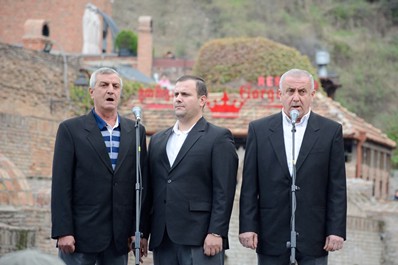 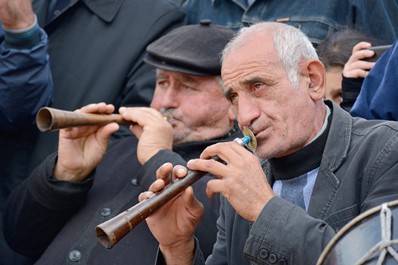 For Georgian harmonies are characteristic special three-voice vocal techniques. Traditionally men do the dinging I Georgia. Like in Russian folklore all Georgian songs can be categorized as labor, ceremonial, around-the-table and dance.

There are a lot of disputes related to origination of Georgian folklore. Some people believe that Georgian folk music is more than 1,500 years old. The most courageous assert that the first mentioning of Georgian dancing and singing folklore is dated back as far as B.C. For example, according to Greek historian Xenophon (the 3th century BC), among the Georgian tribes used secular music, military and dancing melodies. Georgians even went to war singing and dancing. Georgian folklore has preserved ritual songs and dances of both pagan and Christian epochs. In 2001 the UNESCO recognized Georgian songs as a masterpiece of oral immaterial heritage.

Georgian dances are divided into solo, twosome and group. Women move gracefully in short steps. Men show the eagerness to fight which is expressed in fast movements, high jumps and courageous pirouettes. Both men's and women's backs always remain straight and motionless.

In Georgia there is such a concept as “dancing dialect”. It means that each region of Georgia has its special manner of dancing such as Kakhetian, Kartalian, Svanetian, Mingrelian, Imeretin, Gurian, Adzharian,Mtiulian etc. 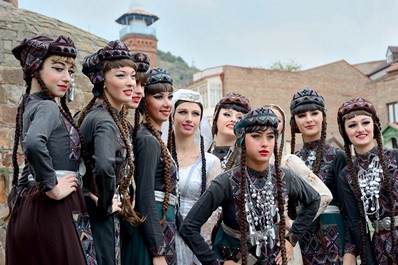 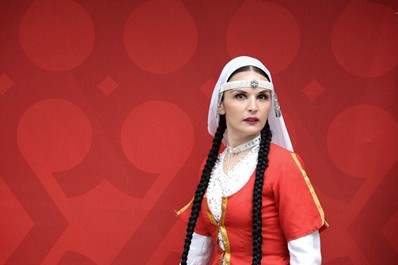 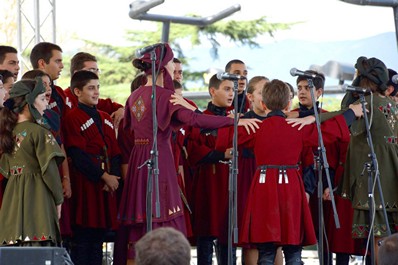 Georgian singing and dancing culture is rich in genres. The national performing style and the traditions, which were passed from generation to generation, have been in formation for many centuries.

Today Georgia is proud of such temples of musical and dancing art as the Georgian Opera and Ballet Theatre (founded in 1851), and the Theatre of Musical Comedy. Tbilisi Conservatory has deserved the reputation of educational institution training great performers of classical music.

The State Symphony Orchestra and a number of folk song and dance ensembles such as “Erisioni” and "Rustavi" are known all over the world.