The Holy Mountain Mtatsminda hosts the fragments of ancient Narikala fortress. It is the most known and ancient monument of Tbilisi 's antiquity; the townspeople call it “the heart and soul of the city”. The date of construction of the fortress is the 4 th century AD, i.e. it has been there from the city's beginning. Later the fortress was extended and expanded several times. In the 7 th - 8 th centuries it was done by Arabs. By the way, the citadel in its modern condition is a vivid example of an Arabian fortification. In the 11 th – 12 th centuries it was the Mongols' turn. By the way, the initial name of the fortress was Shuris-Tsihe (the Enviable Fortress). And from the time of Mongolian invasion the fortress got the name Naryn Kala (from Turkic “naryn” - "small" and “kala” - "fortress"). 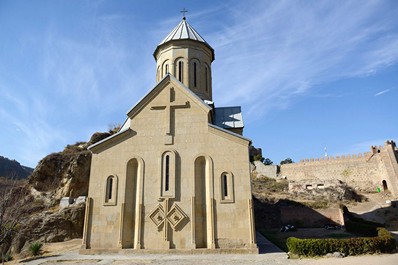 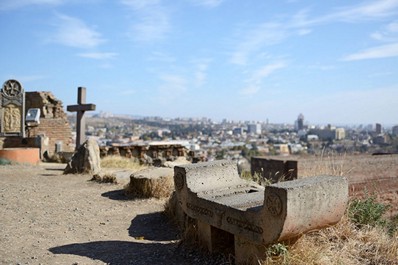 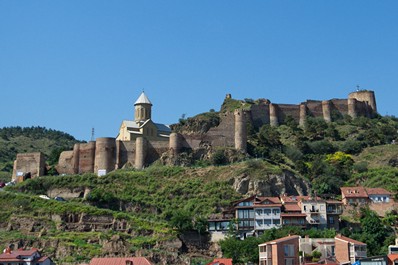 Historians assert that Narikala standing on the Silk Road was the most fortified and impregnable of all in Tbilisi . In 1827 the fortress was destroyed by the earthquake and since then the citadel has not been restored completely. But the surviving stone towers of Narikala remain the silent witnesses of the ancient city's history. 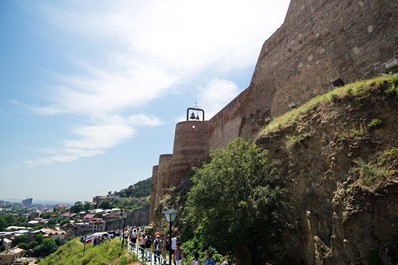 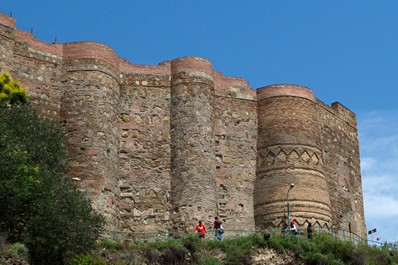 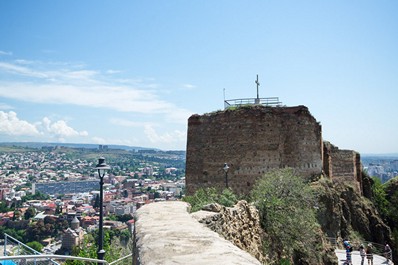 The fortress territory contains St. Nicolas temple dated the 12 th century. The temple was reconstructed in 1996 in the traditions of the fortress surrounding it. The internal part is decorated with the frescos showing scenes both from the Bible and history of Georgia.