The history of the region had begun long before a military fortress was founded on the Malaya Almatinka River, at the foothills of the Alatau Mountains, in the middle of the 19th century.

As early as the Late Bronze Age, in the 10-9* centuries ВС, the area was inhabited by settled tribes engaged in farming and cattle-breeding. Those people lived in clay houses forming small settlements. Such settlements were discovered on the northern outskirts of the city and in the area of Koktyube Mount. Later the Saka and subsequently the Usun tribes came to settle in the Almaty area. These tribes left behind numerous burial mounds which today could be seen only in the old town. 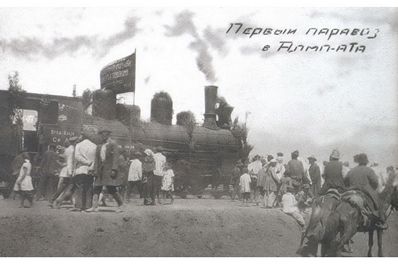 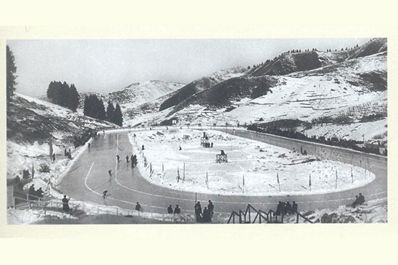 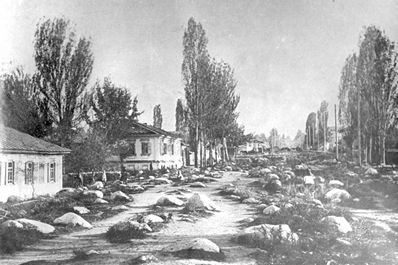 In 1969 the ancient Saka mound Issyk was excavated near Almaty. In the grave edged with fir logs, on the wooden floor, they found remains of a Sakian warrior dressed in clothes covered entirely with golden plates. His high pointed hat was decorated with the images of winged steeds symbolizing the God of the Sun. The warrior's arms comprised of a long sword and a short dagger. Also clay jars, wooden trays, precious jugs made of silver and bronze, and a silver cup on the bottom of which they found an inscription consisting of 26 mysterious signs were discovered in the grave. The Issyk burial mound is believed to date back to 5-4th centuries ВС. In 1974, the so-called Golden Man was exhibited at the Leipzig Fair where, by the way, the capital of the Soviet Kazakhstan was for the first time widely presented to the European public.

Excavations of the sites of ancient settlements provide evidence of their long history.

In 1938 the researcher B.X. Dublitski excavated an ancient settlement in the territory of the Gorny Gigant state farm , it was a 140xl50-metre settlement with a quadrangular clay wall, with four round watch towers erected at the corners. Inside the site, they found numerous fragments of ceramic and clay tableware, an iron knife, long iron nails, beads made of red-and-brown transparent stone, and bones of domestic animals. At a depth of 110 centimeters under, they discovered a stone fireplace, remains of a tandyr, and a mouth of a badrab. Near the fireplace, the archaeologists discovered fragments of a jar decorated with the images of the sun. The settlement dates back to the 10-13th centuries. 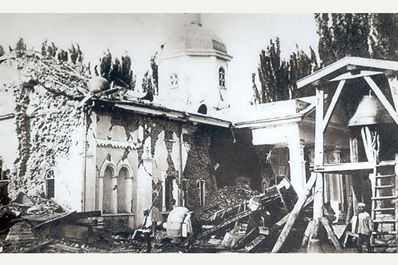 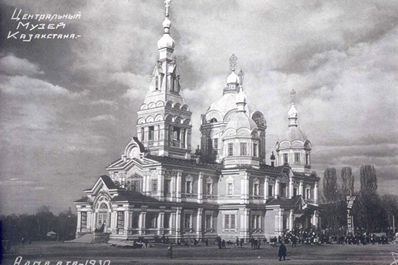 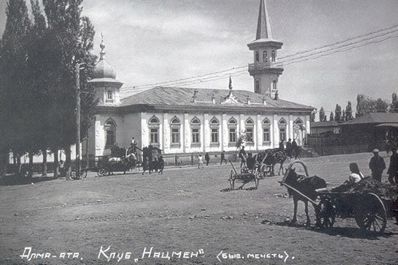 Of greatest interest are the remains of an ancient settlement in the area of the Frontier Military College. In 1894 the academician V.V. Bartold who explored the site at the request of the architect P.V. Gourde, wrote: "Verniy dwellers took the burnt-brick buildings to pieces for their household needs." In our time, two silver coins were found at that place during construction operations. Judging by their form, metrology, and coining technique, the finds resembled the coins minted by the Central Asian and Eastern Turkistani towns in the late 13th —in the early 14th centuries: "This dirham is coined in the area (balad) of Al. m. tu in the year of five...". The word was coined without dots but its graphics allowed the scientist V.N. Nastich to read the inscription as "Almatu" and to see in it the name of a settlement that existed in the territory of the present-day Almaty in the 13th century.

Among the random finds connected with the Sakian tribes we should mention bronze lamps, caldrons and sacrificial altars. A large number of artifacts are now out of the territory of Kazakhstan. For instance, a sacrificial altar which is known in literature as “the altar of Semirechye” is among the artifacts. It is now kept in the Hermitage. It was found before the Russian revolution in the vicinity of Verniy. The altar is a tray resting on four short legs. 25 figures of winged snow leopards  are placed along the board of the table.

Vesnovka site was located in the territory of the Botanical Garden in Almaty. In 1969 during construction a number of original ceramic articles were found. Glazed jars are of particularly interesting.  All those findings date back to the Usun era. Those tribes also left behind the so-called "Kargaly diadem" dating back to the 2nd  century ВС.