It may be not out of place to note that the history of the town dates back to the 19th and early 20th century. The regional research and findings were made by N. Abramov and V. Nedzvetski (description of old Almaty), K. Borisoglebski and S. Troparevski (photographic fixation and measurement of historical and cultural monuments), G. Kolpakovski and F. Poyarkov (collection of manuscripts and coins, submarine archaeology research), N.Pantusov and Pozdneyev (a study of petroglyphs and "kairaks" of the days of Buddhism and Christianity in Central Asia).

The data based on written sources, coins and other archeological finds indicate that the modern city of Almaty emerged under the name of Almatu as early as in the 10- 11th centuries, and the area of Almaty was inhabited by nomad tribes in the Bronze Age.

...In mid-summer 1853 a military detachment headed by Major M. D. Peremyshlsky left Kopal for the ancient crossing place Oguz- Utkul leading across the capricious Asian river to Turghen gorge and the Central Tien Shan. The major was instructed to conduct diplomatic and economic negotiations with the peoples who lived there to offer cooperation in trade and industry, he successfully convinced them to enter into an alliance with Russia. 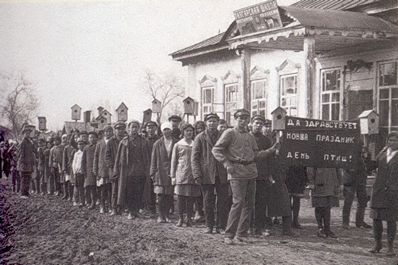 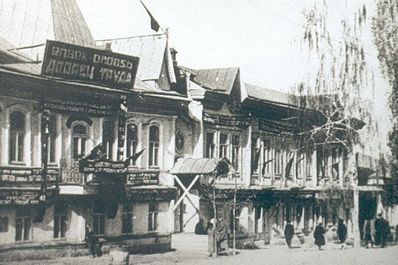 The negotiations  were successful and by the next spring a Cossack squadron led by Lieutenant Glakhyrin explored territories along the Trans-Ili Alatau, constructed a bridge at the junction of the Kurt and Shi rivers, and started erecting a fortress on the banks of the Malaya Almatinka river.

The construction was carried out basing on the project "The construction of  a Fortress on the banks of the river in Almaty tract" approved by the imperial resolution of March 7, 1854. The general project was made by Russia's leading fortifiers A. Telyakovski and E. Totleben; the ground tie-in was done by the topographer E. Vorinin, the engineers L. Alexandrovski and Ts. Gumnitski. On the document the emperor Nicolas I penciled his resolution: "I agree, but do not send the exiled to settle there for the time being". The prescript was confirmed by Article 28 260 "On Construction of a Fortress Named Zailiyskoye" which was later renamed into Vernoye (Article 29 772 of the Complete Collection of the laws of the Russian Empire, Volume XXX, 1854).

In 1859, the astronomer and land-surveyor A.F. Golubev, who had been sent from St. Petersburg, determined the co-ordinates of 17 most important geographical places, including the fortress of Vernoye, and for the first time put them on map. In the meanwhile, the St. Petersburg Bulletin's correspondent, noting this important event, reported the following to the Russian readers: "Our fortress is growing hour after hour, not day after day. It cannot but flourish in a land which boasts all the gifts of nature and which had waited so long for the establishment of civilization. It is not long ago that there was a desert here which had never seen any settlers since the creation of the world and which was only visited by nomads, and now there is a town here with more than five thousand dwellers! Believe me, in less than ten years our Vernoye will turn into a large town of which not only the Siberian but also the Russian towns will be envious...".

The fortress of Vernoye became a starting point of the routes of the first scientific and practical expeditions. It was here that Chokan Valikhanov studied the way of life, traditions, and tribal relations of the Tien Shan peoples. During the journey around Semirechye as a member of the expedition led by M.M. Khomentovski, head of the Alatau District, Chokan Valikhanov kept a diary illustrating what he saw with pencil drawings and pictures in watercolors.

The talented Siberian painters Mikhail Znamenski and Pavel Kosharov captured the look of the new settlement on their canvases. Three their pictures are well-known. The stanitsa square is the composition center of their paintings. In the middle of the square, there is the small wooden Sofia Church consecrated by Senior Priest Yevtikhy Vysheslavski in 1858.

Of great significance were the results of the expeditions undertaken by P. Semyonov-Tien-Shanski, N. Przhevalski  and I. Mushketov who studied the nature of the land, and Ye. Voronin who carried out topographic work and drew maps of the Trans-Ili Alatau, chose the place for and planned the fortress of Vernoye. In the meantime, the Verny-dwellers LA. Bardashev, T.F. Nifantyev, V.V. Obukh and other enthusiasts set up the first meteorological and seismological stations, libraries and museums, undertook literary and theatrical initiatives, and contributed to development of the public health care service and sports.

On 11 April 1867 a decision was taken to give the fortress of Vernoye the status of a town. This town, Verniy, became the center of the Semirechye District of the Turkistan Province. They began to establish structures within the Turkistan Territory (Stepnoi Territory in 1882-1899): the Regional Board was headed by the governor-general, the Turkistan Eparchy – by  the bishop of Turkistan and Tashkent sojourning in Verny; the Cossack Host Board – by the election of the ataman of the Semirechye Cossack Host and other institutions for development of the land. The issues relating to the municipal economy before the Verny Town Duma had been dealt with by the Town Office of the District Board.

On 13 November 1877, the election to the Duma took place. Pavel M. Zenkov (1830-1915) was unanimously elected the first mayor of the town of Verny. The town head was born into a family of the Ural wage workers. Having no special education, he used to call himself a free artist or a free architect. In autumn 1867, P.M. Zenkov with his family arrived at the town of Verny construction of which was underway. He took part in elaboration and implementation of the first development plan, and exercised supervision and control over construction operations. P.M. Zenkov's multifaceted talents revealed not only in architecture, painting, and sculpture, but also in music, literature, science, and public life of the town.