Historical and Cultural Tourism in Kazakhstan 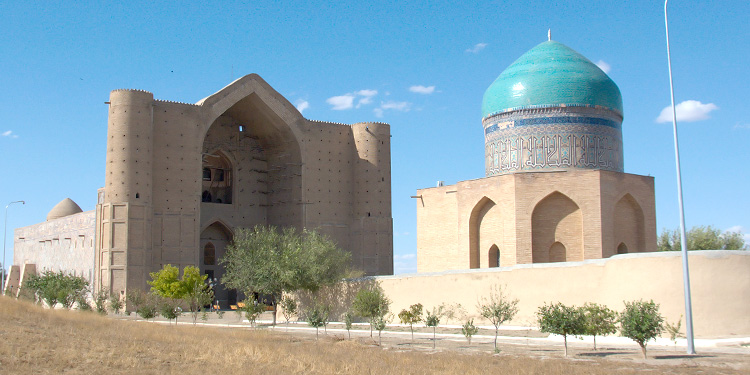 Historical and cultural tourism in Kazakhstan is an invitation to explore this ancient land in all its guts and glory, from primitive settlers and resilient nomadic tribes to the sedentary Soviet years and the reclaiming of national culture during 21st century independence.

This journey back in time begins at Tamgaly Petroglyphs, a UNESCO World Heritage Site containing thousands of ancient rock carvings dating from the Bronze to the Iron Ages. The archaeological sites of Koskuduk and Baskukkuk, found in Mangyshlak and dating from the same time period, offer a deeper glimpse into these ancient eras, as do the nearby necropolises of Koshkar-Ata and Kalipan.

Oasis towns were once plentiful along the Northern Silk Road, as is evidenced by the medieval caravanserai at Sherkala Mountain in western Kazakhstan, regarded as holy by local residents. In South Kazakhstan, the windswept ruins of Otrar and the nearby town of Sayram, which remains a bustling center more than 3,000 years after its founding, are further proof of the merchants and explorers who once passed through the region.

In nearby Turkestan stands the 14th-century mausoleum of Sufi leader Khoja Ahmed Yasawi, the most revered site in the nation to which seven visits is purportedly equivalent with a trip to Mecca. The gigantic mausoleum and accompanying mosques, vaults, bathhouse and museum provide an unrivaled glimpse into the country’s religious history.

20th-century Soviet thumbprints, visible in everything from architecture to the overnight train cars, is no less fascinating. A trip to Baikonur Cosmodrome, an active facility from which the first man was launched into outer space, is an otherworldly experience in Kazakhstan’s southern frontier. ALZHIR Memorial Complex near Nur-Sultan is an on-site tribute to those who suffered in the largest women’s prison camp in the Soviet Union, while Panfilov Park in Almaty and Memory Alley in Shymkent celebrate the sacrifice of thousands during World War II.

These tangible mementos from the past are further enhanced in Kazakhstan’s unique museums: the BC-era Golden Man in Almaty’s National Museum of Kazakhstan, hand-carved string dombras in the Kazakh Museum of Folk Musical Instruments and the pottery workshop of Kyluet Ethnography Museum in Shymkent all add a special dimension to historical and cultural tourism in Kazakhstan.

Although the Kazakh nomadic lifestyle has been substituted for flashy cities, paved towns and close-knit villages, history comes to life at Huns Ethno Village near Almaty, traditional cooking and dance lessons at Atameken Ethno-Memorial Complex in Nur-Sultan and the tasty cuisine and colorful yurt displays enjoyed throughout the country on holidays such as Navruz.

Come uncover the nation’s past with one of our special Kazakhstan tourism packages or through independent exploration!