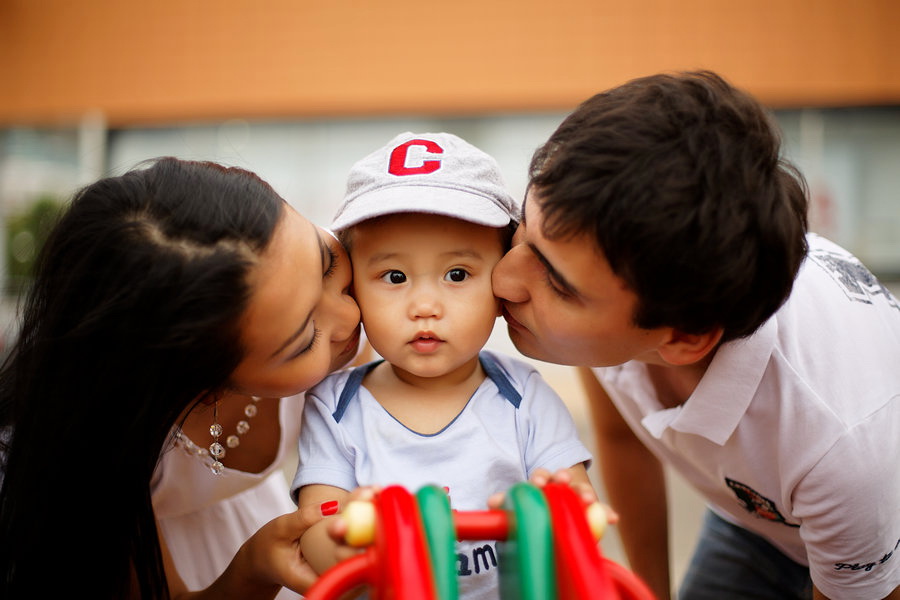 Kazakh culture includes many unique family traditions such as the naming of descendants, the status of a person depending on his age, and the principles for raising children. Family relationships were built on a special hierarchy, and a lot of attention was paid to kinship ties and affiliation to a particular clan. The rituals associated with bringing up children combine aspects of both the Muslim and nomadic cultures.

The principle of “zhety ata” (which means “seven grandfathers/ancestors”) was the foundation of kinship ties. The basic premise was that the sons of sons became the grandsons of the family, and they were called “nemere”. The daughter’s children were called “zhien” (which translates as “nephew”) and were no longer considered to belong to their mother’s clan. Therefore, only men continued the clan. Thus, the Kazakhs carried on their ancestry to the seventh generation. This was done so that people remembered and honoured their ancestors and, from a practical standpoint, to help avoid marriages between close relatives.

The seven generations were as follows:
1)    Bala – child/son
2)    Nemere – grandson
3)    Shobere – great-grandson
4)    Shopshek – which means “tiny son”
5)    Nemene – which means “neither a relative nor a stranger”
6)    Tuazhat – which means “born to be a stranger”
7)    Zhurezhat – considered a very distant relative, and allowed under Kazakh customary law to marry others within the same generation of the family.

Family traditions in Kazakhstan also included various principles of raising sons: the eldest son was sent to his grandmother and grandfather, the middle son was trained to be a warrior, and the youngest son stayed at home where he was expected to help his parents. From birth, children experienced many rituals, some of which were intended to help them become independent and accomplished people. These included:
Besike salu – one of the first rites in the life of a child, the ceremonial laying in the cradle.
Kyrkynan shygaru – the rite of bathing a child when he or she turns 40 days old.
Tusau kesu – the symbolic ritual of cutting a rope that binds the legs, to enable the child to walk.
Atka otyrgyzu – the first mounting of a horse, intended to help prepare a boy for the nomadic life.
Circumcision – a classic Muslim rite that Kazakhs perform when a boy is 5-7 years old.

All these and other rituals were carried out so that the boys would become good warriors and providers and the girls would learn to take care of their families and their homes.

The Kazakh people also have a tradition of dividing their lives into 12-year cycles called “mushel”. The first mushel, which starts after the first year of life, covers a person’s childhood and ends at 13 years of age. The second mushel represents growing up and, during this period, boys and girls are expected to start a family, find their vocation, and learn to run a household. After 25 years of age, in the third mushel, adult life begins, when people already have life experience and know how to resolve problems on their own. The fourth mushel starts at 37 years of age and represents the beginning of wisdom. From this age men, once they have grandchildren, can be considered aksakals (respected and influential elders). The fifth mushel doesn’t have any particular meaning, but is an indicator of achievements in life and of a person’s transition to old age. The sixth mushel begins at 61 and represents old age. Traditionally, people’s attitude towards, and treatment of, a person depends on his or her mushel, social status, and marital status – although this tradition is less prominent in modern society.