Household and Sports Traditions in Kazakhstan 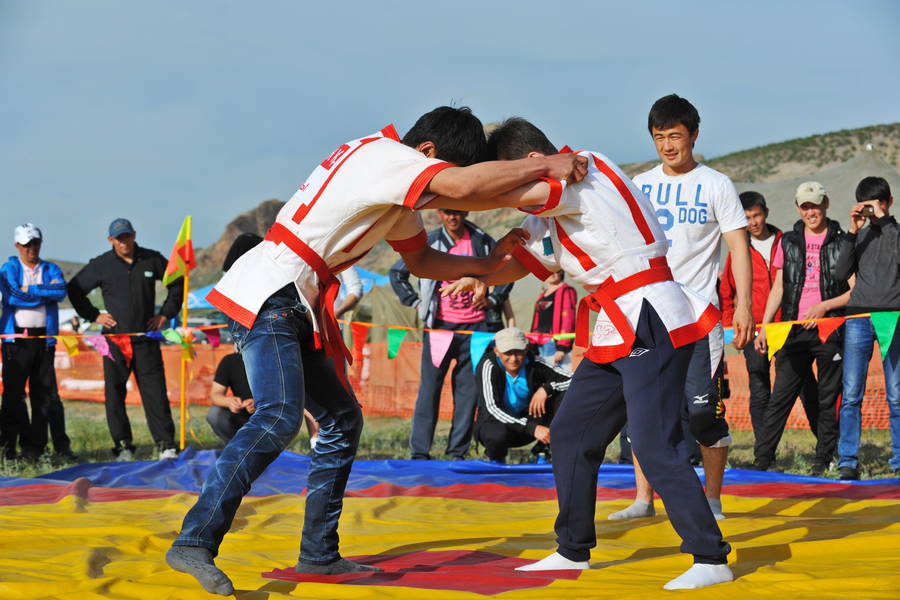 Like any country, the Kazakhs had their own everyday household, sporting, and gaming traditions. Some of these have been forgotten, while others are being revived. Some traditions relate to household life, while sports traditions are mainly found at weddings and as part of national and religious holiday celebrations.

Some of the most important household and sports traditions in Kazakhstan are:

Tize bugu – the tradition of kneeling when entering a house, to show respect to the owner. Failure to do this is likely to be perceived as an insult.

Tokimkagar – a ritual held before someone leaves for a faraway place or for a long time. During the ceremony, a sheep is sacrificed, a festive table is laid, and the participants make various wishes for those going on the journey.

Zhylu – a custom to provide material and moral support to victims of fire, flood, and so on. It involves not only relatives and friends, but also neighbours and fellow villagers. Support may help meet the victims’ immediate needs such as clothing and food or may be in the form of more substantial assistance such as livestock, housing, or money.

Arasha – a special word that people shout in order to stop a fight or a scene. Ignoring this command may result in a fine or punishment.

Tyiym – a general concept for various prohibitions. For example: according to Kazakh tradition, people mustn’t be given a knife or a dog (as this may start a feud), and they mustn’t whistle in the house (because it will drive away the owners’ money and good luck).

Asyk – a children’s street game that uses stones or dried knucklebones of sheep (asyks), which is now a national sport in Kazakhstan with regular tournaments.

Kures – Kazakh wrestling, which has parallels in other Central Asian countries.

Togyz Kumalak – a board game based on the number 9. This is a difficult logic game that’s also called “shepherds’ algebra” as it’s one of the favorite leisure activities of nomads.

Horse games – various competitive and entertaining games involving horses were played in the distant past. These are one of the strongest examples of the ancient traditions of Kazakh nomads (see here for more details).