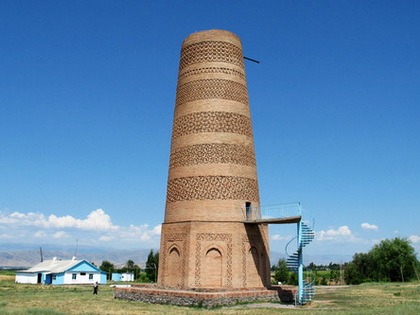 Excursion to the main places of interest of Bishkek, Cholpon-Ata and Balasagyn. You will also have a rest by the Son-Kul and Issyk-kul lakesides.

One of the main attractions in Cholpon-Ata is the open-air museum of petroglyphs, located just outside the city center. The 42 hectares of the museum are dotted with stone circles, tombs, balbals, and a variety of petroglyphs. These petroglyphs date from the 2nd millennium BCE up to the 4th century AD.

It is thought that the site was once an open-air temple, where people worshipped the sun and other celestial bodies. Many of the stones feature animals, including snow leopards and deer. One of the stones near the entrance features hunters chasing deer with tame snow leopards, while another stone depicts snow leopards in motion, a rare image in Central Asian petroglyphs. There are also images of the sun, and chariots racing across rocks. 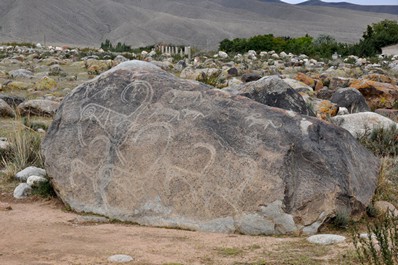 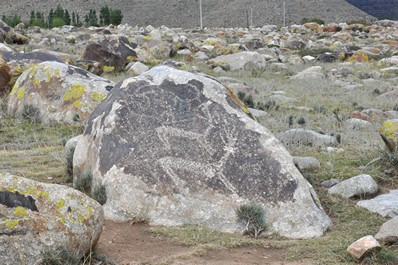 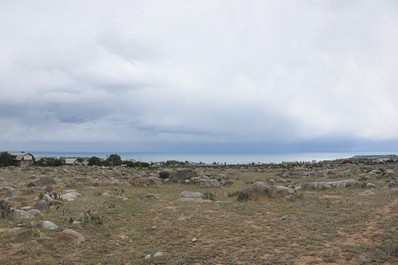 The art of stone inscriptions gradually disappeared with the spread of Islam to Central Asia, which restricted images of animals and human beings. However many of the forms used in these petroglyphs are still with us – they form the basis of patterns, showing different parts of animals (horns, wings, claws) and are used in shyrdaks (Kyrgyz felt carpets) and other forms of traditional arts and crafts. There are other collections of petroglyphs located in the foothills of Kungey Ala-Too Mountains, which stretches along the entire norther length of the lake, between Kyrgyzstan and Kazakhstan – but the Stone Garden represents the most easily accessible and preserved site.

The site has experienced wear and tear because of the high number of visitors, and recent attempts to preserve the drawings have been surrounded in controversy, as some worry that the chemicals used to repair the artifacts may have damaged them further. 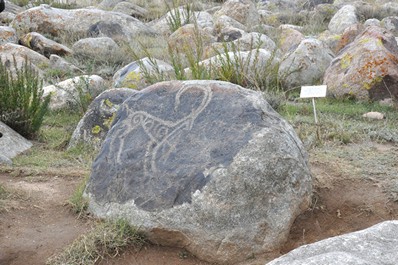 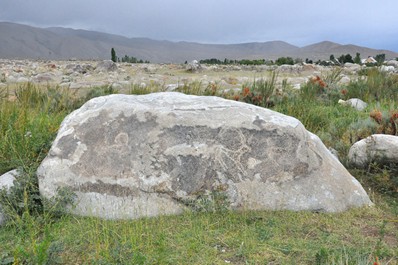 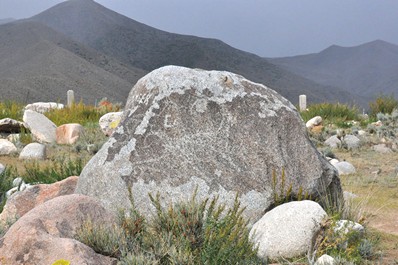