Thousands of years ago, there occurred a division between the nomads and the farmers. The Kyrgyz became nomads that moved from one pasture to another with their herds, spending summers high in the mountains and winters in the lower valleys. This lifestyle is reflected in the everyday life and entertainment of the Kyrgyz people. Visitors can see these firsthand at various ethno festivals, but the best way to experience the full richness of the local culture and customs, you should visit the World Nomad Games.

First held in 2014, and now held every two years, the World Nomad Games gathers athletes, artists, craftsmen, and visitors from around the world. In previous years, delegations from almost every continent (except Antarctica) have competed, including Kazakhstan, Uzbekistan, Mongolia, China, Russia, Turkey, and the United States. The sports and competitions feature different games that have existed for centuries, including races, horse games, hunting demonstrations, and wrestling. 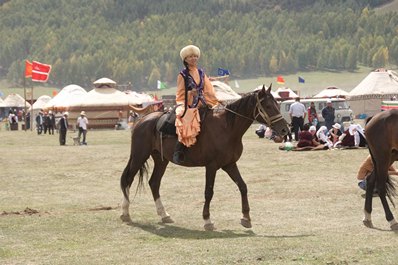 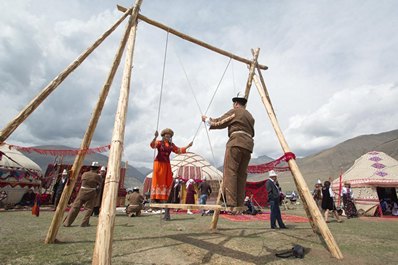 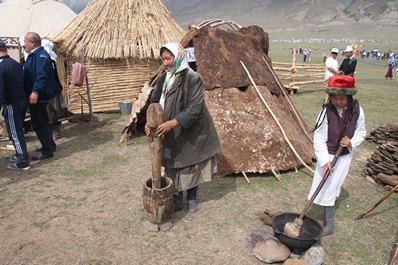 Wrestling draws the most number of competitors. Athletes compete in traditional forms of wrestling from Central Asia, as well as mas wrestling, where an athlete attempts to wrestle a stick from his opponent. Intellectual games, like mangala (a board game popular across the world), build athlete’s abilities to think strategically against potential enemies. Hunting games featuring birds of prey and dogs test the agility and speed of animals as they chase a dummy target. The biggest draw of the Nomad Games are the horse games. In er enish, opponents wrestle on horseback, while in cirit, teams of riders try to hit the other riders with blunt javelins. The most popular sport is kok boru, where teams of riders fight for possession of a dead goat or sheep, and try to carry it to a goal to score points. Kok boru is an intense game that can regularly draw thousands of spectators to cheer for their favorite teams. While Central Asian teams can be expected to dominate, a team of cowboys from the United States were a fan favorite at the 2016 Nomad Games. 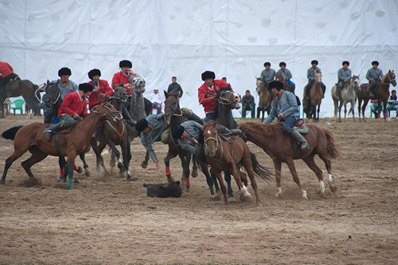 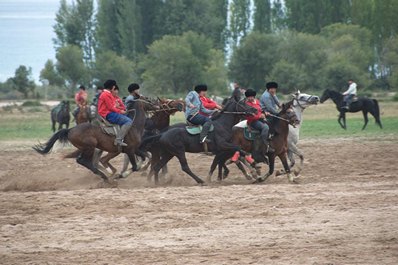 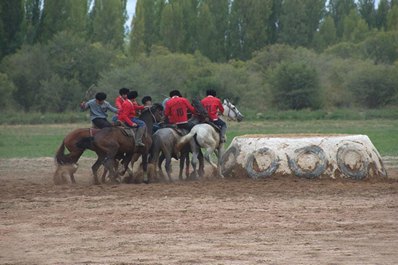 Sports are not the only draw at the Nomad Games. A yurt village in Kyrchyn Gorge featured hundreds of yurts from every region in Kyrgyzstan, and hosted regular performances and demonstrations of everything from traditional improvisation to horseback stunts. There are also cultural competitions to determine who can cook the best traditional dishes or construct a yurt the fastest. The yurt villages have lots to offer to casual guests, who can wander through and experience the best of Kyrgyz hospitality and cuisine, and also purchase handicrafts from master artisans.

The World Nomad Games is a unique opportunity to experience not only the best of Central Asian culture and traditions, but also to be a part of a unique atmosphere that exists in no other time and place. This unforgettable festival will be the highlight of any trip. 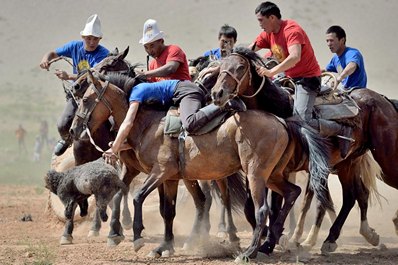 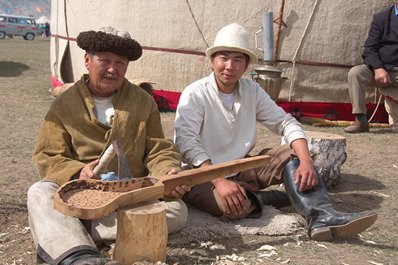 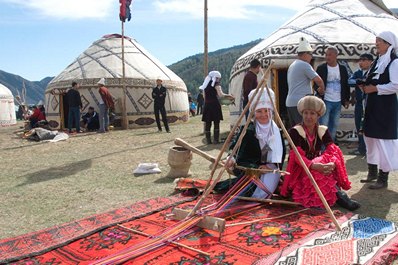