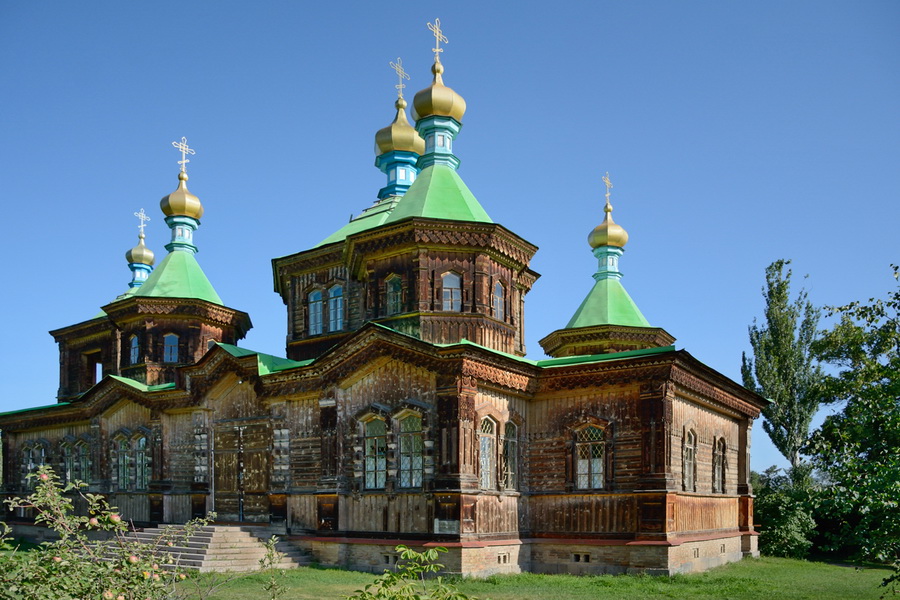 The first church in Karakol was built when the city was founded, in 1869. Its purpose was to serve the troops stationed in Karakol, which it did until it was destroyed in an earthquake in 1889. A new wooden church was built on the same spot over the course of six years, and was consecrated in 1895.

Upon its completion, the spire of the new Holy Trinity Church was the tallest building in Karakol, at 26 m (85 feet) tall. The church was active until 1917, when it became property of the state, and was used as everything from a theater to warehouse. In 1947, the church started holding services again, but in the 1960s was again used for other purposes.

After independence in 1991, the building was returned to church authorities, who started repairs and reconstructions for the damaged interior and exterior. Today, the church is one of the more famous sights in Karakol, and is well worth visiting for its unique architecture and icons.