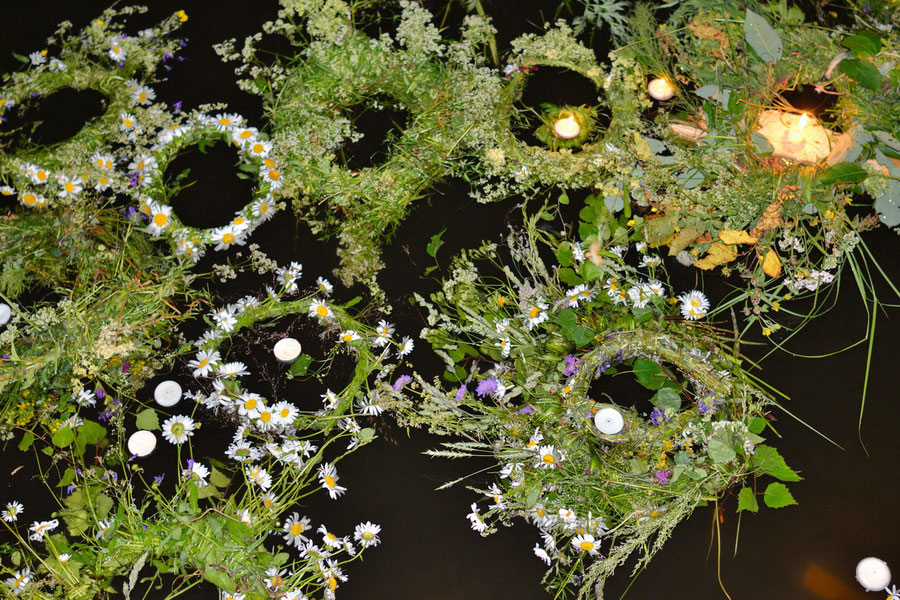 The name given at birth was only known by parents and close relatives. Everyone else knew a child by their nickname. This was so that evil spirits didn’t know the child’s real name, and so others couldn’t jinx the child. This Russian rite is preserved to this day: when people introduce themselves, they don’t say, “my name is”, they say, “they call me”, which refers to their nickname, rather than their real name.

Russian Rites and Customs for Children and Teenagers

Girls started preparing for marriage starting at about 7 years of age. Mothers taught their daughters a number of domestic skills, such as spinning, weaving, and sewing. Fathers gave large trunks for dowries.

Russian rites for children covered boys as well as girls. Boys spent most of their time with their fathers, going out on hunts, fishing, and helping around the house. Read more...

Weddings, just like birth and death, was seen as a transition in the life of a person. This transition required a lot of internal strength, as well as support from others. Russians thought that during these transitions, a person’s soul was especially exposed to the influence of evil sprits.

Newlyweds were protected with a variety of charms. Embroidery, wearable amulets, gifts with special significance, candles, symbolic foods, and special songs could all be used to protect a new couple. Read more...

The Slavs thought that after death, a soul departed for the world of the dead, and that evil spirits could take advantage of this. This is why many Russian funeral rites protected the living. Belts were worn, even those that were part of everyday life. Items that the departed might need were placed into his or her grave, such as a pillow that was filled with hairs collected while the person was alive. Russians collected all the hairs cut off during haircuts to use specially for their funerals. Read more...

Other Russian Rites and Customs

An essential Russian custom was meeting one’s husband as he returned from a journey, either from a hunt, fishing, or war, followed by a trip to the banya and a filling dinner. Russians believed that on a long trip, evil spirits could take root. The banya helped cleanse a person’s body and soul, while a big dinner helped a person return to their normal condition.

Kupala Night, though it now has religious significance, was first a pagan holiday where amulets were made to ward off mermaids. This ancient Slavic tradition was meant to prevent serious and dangerous happenings that could interfere with life.

Russian rites and customs are being brought back at many folklore festivals. People remember ancient legends and try to find grandmothers who remember the secrets of years gone by. The meanings and uses of amulets are being decoded, old holidays are being celebrated, and children are told about the traditions and culture of their ancestors. If you visit a folklore festival, you can immerse yourself in the atmosphere of ancient Rus and get to know the culture of this amazing country. Read more...