Other Russian Rites and Customs 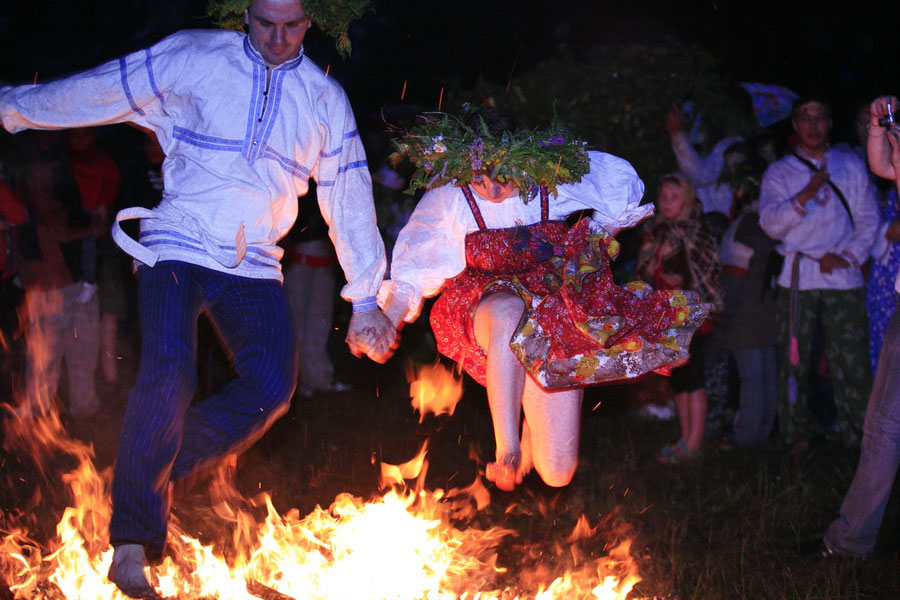 An essential Russian custom was meeting one’s husband as he returned from a journey, either from a hunt, fishing, or war, followed by a trip to the banya and a filling dinner. Russians believed that on a long trip, evil spirits could take root. The banya helped cleanse a person’s body and soul, while a big dinner helped a person return to their normal condition.

Kupala Night, though it now has religious significance, was first a pagan holiday where amulets were made to ward off mermaids. This ancient Slavic tradition was meant to prevent serious and dangerous happenings that could interfere with life. In Russia, mermaids were considered to not be alive. Young women who drowned themselves due to unrequited love, unexpected pregnancies, or other reasons would become mermaids. They came to the world of the living to find their next victim, who they attracted with their unreal beauty and singing, until they could drag him into the dark waters.

On Kupala Night, Russians would jump across bonfires, burn old clothing, weave wreaths, and jump into water. Women would gather to make charms to ward off mermaids. They would gather flowers and grains, while singing songs that would put them in a trance. They would spend a while in this trance, as if entering the world of the dead. As they were ready, having felt the taste of life, the women would return. They would then toss their shirts into the ritual bonfire and jump across it, moving into a new state. Then they would lower wreaths into the water, magnificently marking their return into the world of the living.

Russian rites and customs are being brought back at many folklore festivals. People remember ancient legends and try to find grandmothers who remember the secrets of years gone by. The meanings and uses of amulets are being decoded, old holidays are being celebrated, and children are told about the traditions and culture of their ancestors. If you visit a folklore festival, you can immerse yourself in the atmosphere of ancient Rus and get to know the culture of this amazing country.