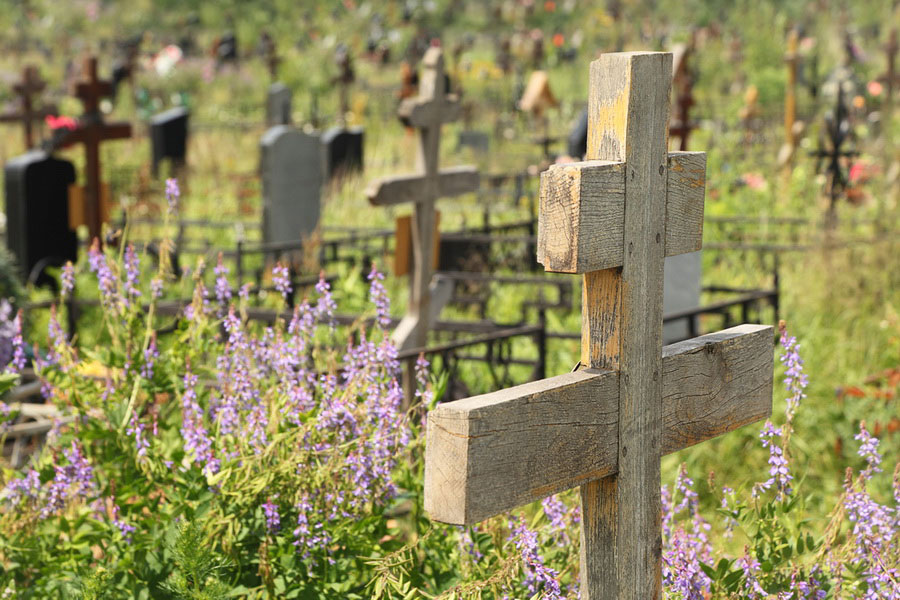 The Slavs thought that after death, a soul departed for the world of the dead, and that evil spirits could take advantage of this. This is why many Russian funeral rites protected the living. Belts were worn, even those that were part of everyday life. Items that the departed might need were placed into his or her grave, such as a pillow that was filled with hairs collected while the person was alive. Russians collected all the hairs cut off during haircuts to use specially for their funerals.

Clean towels were hung in windows, and bowls with clean water were placed outside, so that the departed could wash themselves. Pancakes (blini) and glasses with alcohol were placed at the grave. During the mourning period, and during other special holidays, an additional place would be set at the table, which sometimes even included utensils, alcohol, and food, which would hopefully appease the souls that came to the house.