Russian Rites and Customs for Children and Teenagers 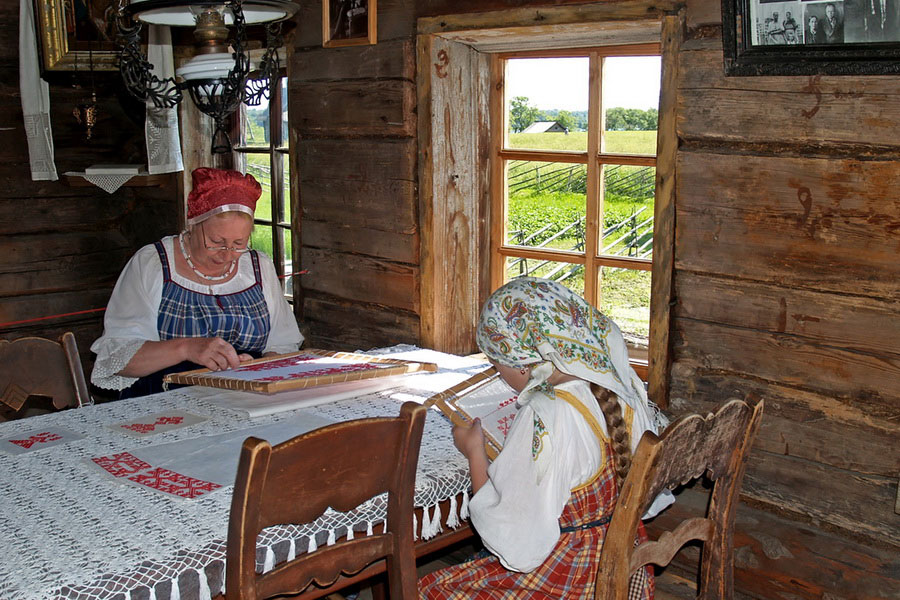 Girls started preparing for marriage starting at about 7 years of age. Mothers taught their daughters a number of domestic skills, such as spinning, weaving, and sewing. Fathers gave large trunks for dowries. Girls would then make charms, dolls, and clothing for dolls, and would later start working on their dowries. They would make clothing for themselves, their future husband, children, and even for celebrations and funerals. Girls would also make towels, tablecloths, and other textiles for their new home.

Brides were chosen based on their clothing. If the sleeves of a shirt were even, and the seams were clean, then a girl would make a good housewife.

The trunks used for dowries were huge, big enough that a grown person could sleep on one. Even after moving in with her husband, sometimes the trunk would serve as a bed for a bride or children. With such a big size, it took a long time for girls to fill them up with everything they would need.

Russian rites for children covered boys as well as girls. Boys spent most of their time with their fathers, going out on hunts, fishing, and helping around the house. Boys had to build a house before their wedding, either alone or with the help of their father and brothers. Usually, boys would build their hut not far from their parents’ house, so there was a continuity through the male members of a family.