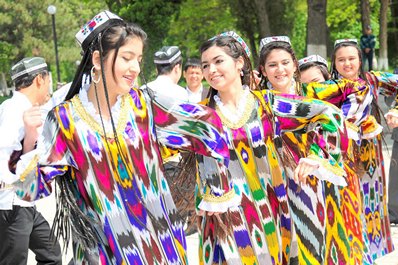 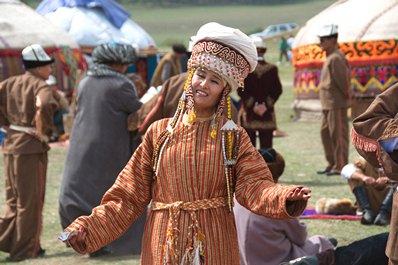 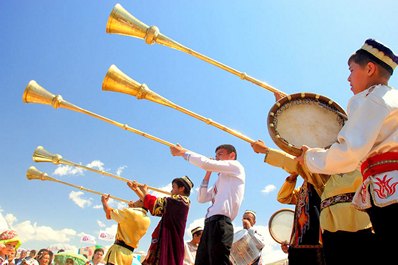 Nowruz is included in the UNESCO Intangible cultural heritage of humanity. In 2010 the General Assembly of UN announced 21 March as the International day of Nowruz.

Nowruz is an ancient spring holiday. It is celebrated on the day of a vernal equinox and is deservedly considered as a beloved holiday in many countries of the Eurasian continent. There is no politics, no religion about this holiday, as in the song of John Lennon “Imagine”, but the faith that happiness comes along with the spring renewal.

Nowruz has been celebrated since farming exists and traditions take root from rituals and worshipping from very old times.

Life of ancient farmers from the Near East and Central Asia depended on the river flows, raining seasons or draught. According to regular observations of sky luminaries they knew, that change of year periods is related to days of solstice or equinox. Thus seven thousand years ago there appeared farming calendar of solar chronology. Coming of spring and beginning of farming works were defined with the sun approaching the vernal equinox. Spring would replace winter, cold was replaced with warmth. “Nowruz” would start (“new day” in Farsi). So Nowruz has become a part of culture of many nations of Central Asia andIran long before of the Zoroastrism, Judaism, Christianity and Islam. 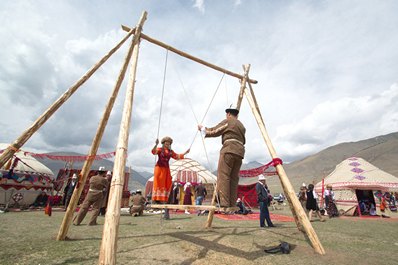 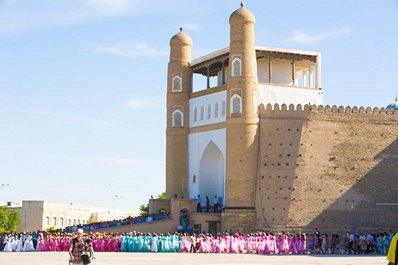 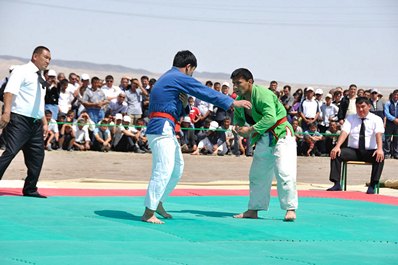 In the farming oases since the ancient times Nowruz has been celebrated with a big national fest. They would start the preparations in ahead. Cities and villages get cleaned; they are decorated and get a festive look. There is a good tradition to plant fruit trees and go to the nature. Parks, squares and central streets arrange festive bazaars and fairs, accompanied with singing and dancing performances.

There are also contests of national wits, singers and narrators held on Nowruz. Wrestlers arrange national struggling. You can also see quail-, cock-, or sheep-fighting.

It is to note the horse-racing competitions that attract thousands of viewers, races and single-combat of riders. The most popular and contradictory competition is kupkari (ulak). The sport of strong people and smart horses, the game where riders fight for the sheep or goat carcass, that needs to be snatched, protect from competitors and deliver it to the special earth pot at the finish. Winners get not only honor and respect; they can also get a new car as a prize.

Ancient and beautiful holiday of Nowruz is very sensible in its traditional dishes. Of course, there is many culinary richness on a modern festive table. However, carbohydrate-proteinous and fatty elements are not the main adornment of Nowruz table. For centuries, our ancestors were fighting vitamin deficiency after a long winter with the help of a simple but very effective way – dishes from wheat sprouts. The modern science has proved that 50gr of the wheat sprouts have the same amount of the Vitamin C as 6 glasses of an orange juice. Moreover, wheat sprouts have almost whole range of B-group vitamins essential for bodily functions such as energy production and making red blood cells. They include thiamine (vitamin B1), riboflavin (vitamin B2), niacin (vitamin B3), pantothenic acid (vitamin B5), pyridoxine (vitamin B6) and folic acid (vitamin B9). It is also rich source of minerals: there is a lot of potassium and iron, as well as zinc, calcium, phosphorus, selenium, magnesium, sodium, copper and manganese. 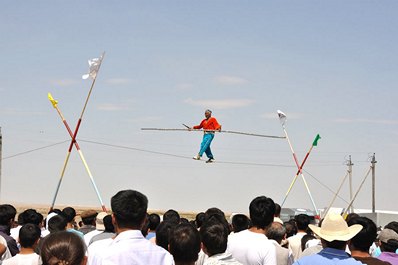 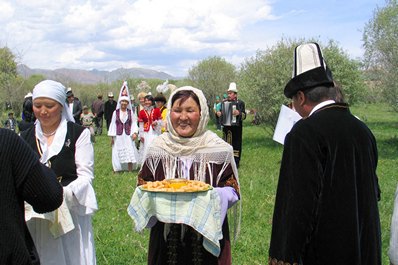 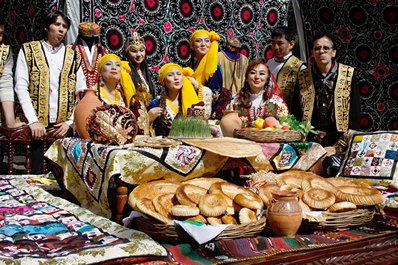 Ritual dishes from wheat sprouts adorn festive table for centuries. There are many tales, legends, beliefs and traditions related to them. The most popular is sumalak (Samanu, Samanak, Sumalak/Sumalyak or Sümölök). Its preparation is a complete ritual and mystery, involving only young girls and women. They cook the dish from the juice of wheat sprouts, flour and oil for 24 hours. The night is spent with song singing around the big pot, telling stories and each woman makes a wish while stirring sumalak. These wishes will come true. This is magic of Nowruz! A special ritual is the examination of an image that comes out on the surface of the pot at the end. It is often a picture of a bird in a flight. Good sumalak beams and is sweet without any sugar thanks to the wheat sprouts that consists oligosaccharides – sucrose, maltose and lactose. If you are lucky to get a little stone that was put in the pot to keep sumalak from burning, then you should keep it, it brings luck.

Men cook a different dish, from meat with addition of wheat sprouts juice called halim (haleem, halisa). It turns out to a strong, nutritional porridge, aphrodisiac proven over the centuries.

The next morning, sumalak and halim are distributed to everyone who has participated in the process of buying the ingredients and cooking the dishes, relatives and friends. 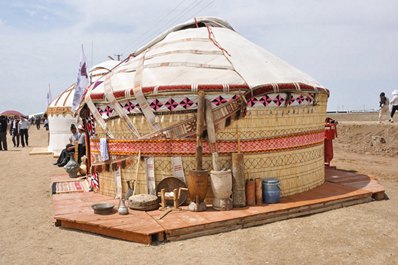 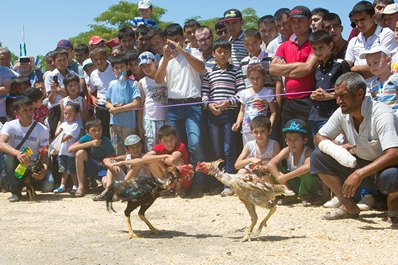 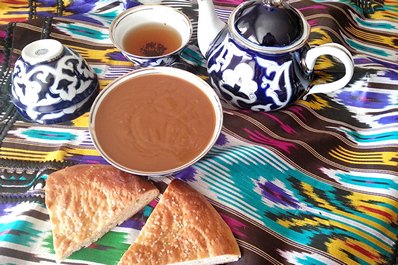