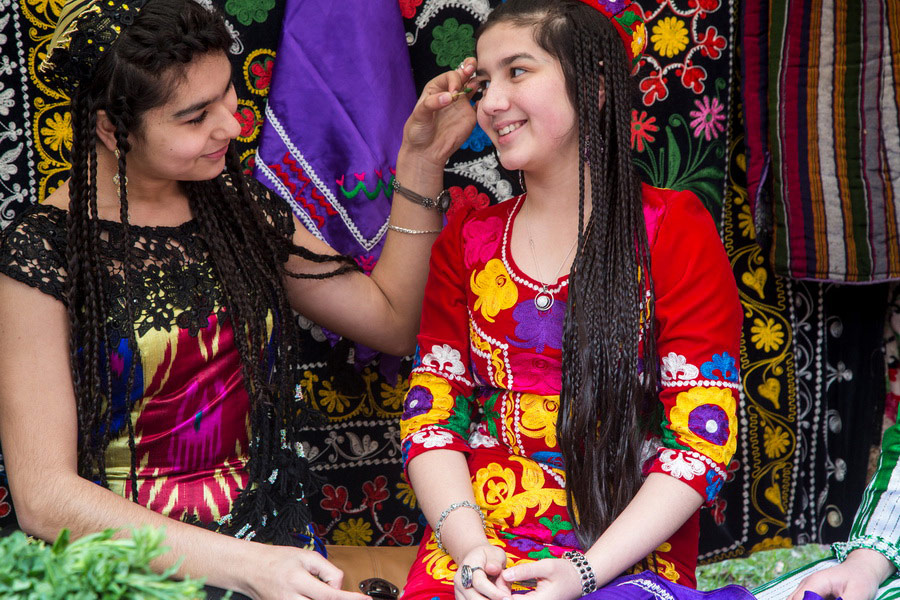 The culture of Tajikistan is an enchanting reflection of the people’s deep-seated love for the arts, the clash of opposing worldviews absorbed by their ancestors and the rugged landscape upon which their history has played out. Tajik culture has existed for more than two thousand years, during which time it has absorbed many ideas from Zoroastrianism and Islam. Close ties with Persia have also left a deep mark on the literature and arts of Tajikistan, while 20th-century Soviet influence prompted the detailed documentation of local practices.

Tajikistan’s cultural heritage truly engages the senses, finding expression in eye-catching national chapan robes, hypnotic local folk tunes expressed through shashmaqom, the raw and energetic equestrian game buzkashi and the finely-crafted poetry of Jami and Rudaki. Those wishing to dive deeper into local life will want to attend organized celebrations such as a Tajik wrestling match or the annual Tulip Festival, events which never fail to demonstrate the uniqueness of Tajik traditions in a very lively form!

Tajikistan continues to maintain strong cultural ties with Iran and Uzbekistan while also protecting the traditions of minority groups within its borders. Most notable among these are the diverse ethnic groups who reside in near-isolation in the Pamir Mountains, although travelers can now get acquainted with their reclusive world on a treacherous journey along the infamous Pamir Highway.

Although no amount of information can replace a visit to Tajikistan to experience local life firsthand, your journey can begin with an introduction to some of the most beloved aspects of Tajik culture: 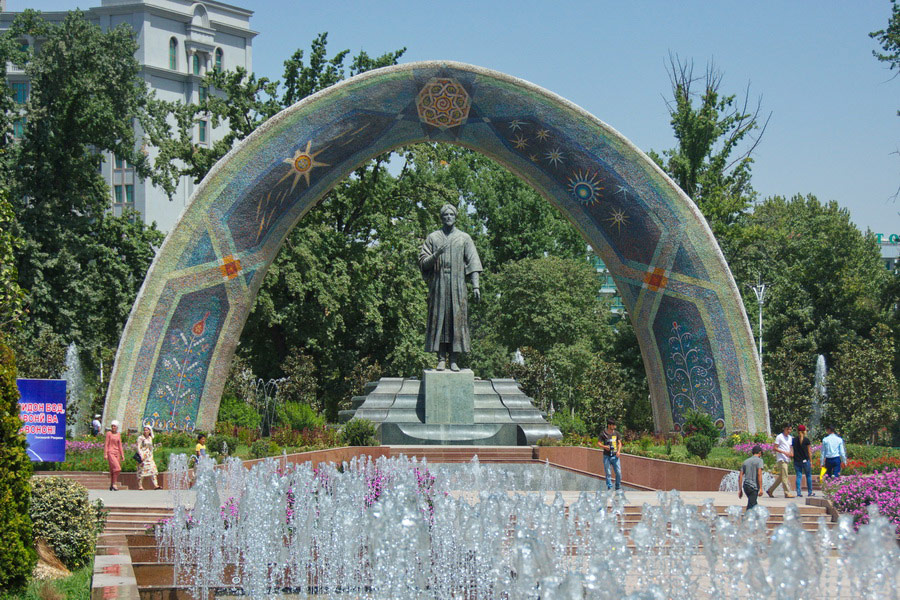 Tajik poetry and prose has covered everything from folklore to drama over the past two thousand years. Tajik literature was practically identical with its Persian counterpart until the 16th century, after which it remained closely connected with the literature of Uzbekistan before boldly branching out in its own direction. The most famous Tajik authors are Rudaki, Ferdowsi, Jami, Ahmad Donish and Sadriddin Aini, each of whose works have shaped the course of Tajikistan’s literatary movemnets. Themes and ideologies covered in Tajik literature and poetry have evolved through the years in reaction to the political and religious climate of the territory, but the talented writings have never lost their unique poetic forms. In recent years there has been an increase in the production of literature written in Tajik, the national language of Tajikistan, thanks in part to 21st-century technology which enables local writers to disseminate their works. 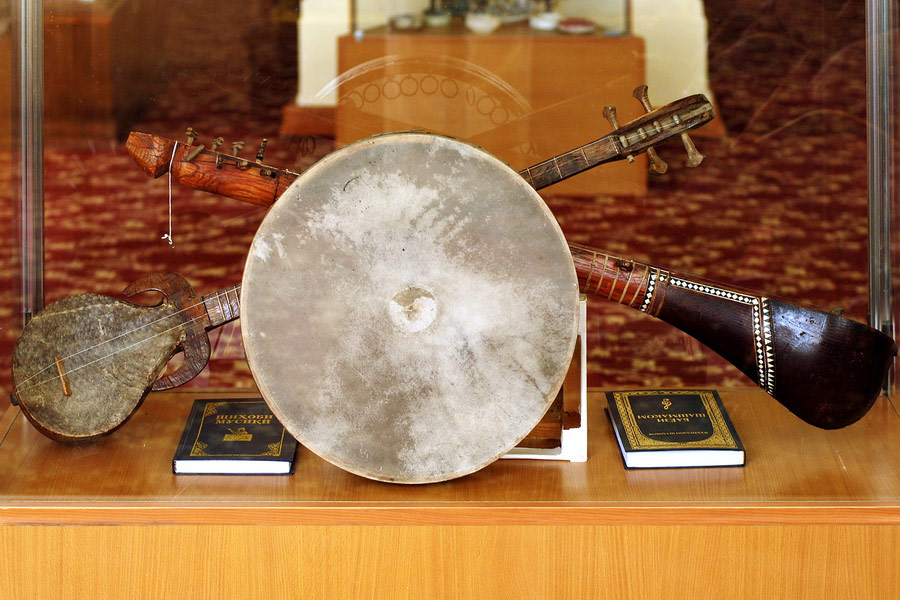 Tajik music is more than 2000 years old, as evidenced by historic writings and numerous artifacts unearthed in the region. Detailed analyses of local music went on to influence authors in medieval Europe even as local scientists were busy creating their own instruments, such as Avicenna’s gidjak. As Tajikistan maintained close ties with Persia for centuries, many of its musical instruments were also common in Iran and Azerbaijan. Folk music, meanwhile, split into Central, Northern and Pamiri styles and encompassed everything from traditional Tajik labor and ritual songs to romantic lyrical melodies. In the 18th century, the unique and multi-faceted genre of Shashmaqom took central stage in Tajik music, and today both Shashmaqom and traditional folk tunes can still be enjoyed at local celebrations such as Sayri Guli Lola (Tulip Festival). 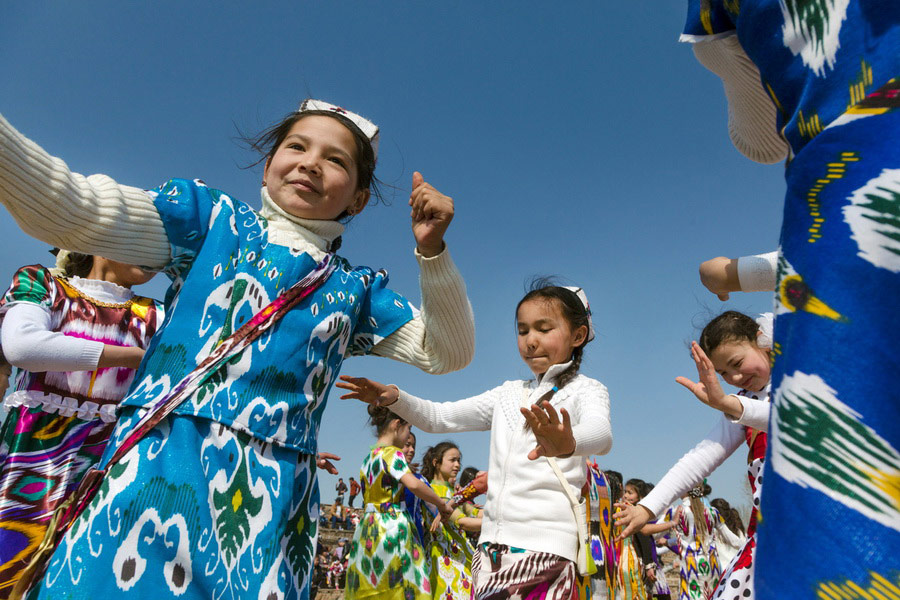 Nowhere is local culture more vividly manifested than through Tajik national dances! Each local dance – of which there are almost too many to count - is spectacular and unique for its meaningful and well-choreographed movements which portray a unique element of the traditional Tajikistan lifestyle. National dances are divided into folk and professional styles and may also be categorized by their region of origin, such as the school of Bukhara, Kulob, Hissar and Pamir. Tajik dances are known for their lively depictions of scenes from everyday life, including Dance with a Carpet, Dancing Chefs, Camel Caravan Dance and Girl with a Jug. In Dance of the Eagle, one of the oldest dances in the history of Tajikistan, dancers imitate the flapping of eagles’ wings as they are seen soaring through the air. Today it is often performed spontaneously at weddings and holidays.

Tajik national clothing is still worn in many villages and for holidays and folk festivals. Defined by bright, sparkling colours and patterns dominated by straight lines, national outfits are purposefully loose-fitting in keeping with the conservative culture of Tajikistan. Traditional men’s clothing includes pants, a shirt, a chapan robe, belt and a skullcap or turban, while women’s outfits consist of tunic-like dresses called kurta, trousers worn underneath, an outer robe called a tsoma and various head coverings. Clothes are sewn from cotton, silk or a mixture of these materials called alocha, with the quality of both men and women’s clothing indicative of their wealth and social status. National footwear ranges from soft and comfy makhsi boots to heeled wooden shoes called kafshi chubin. 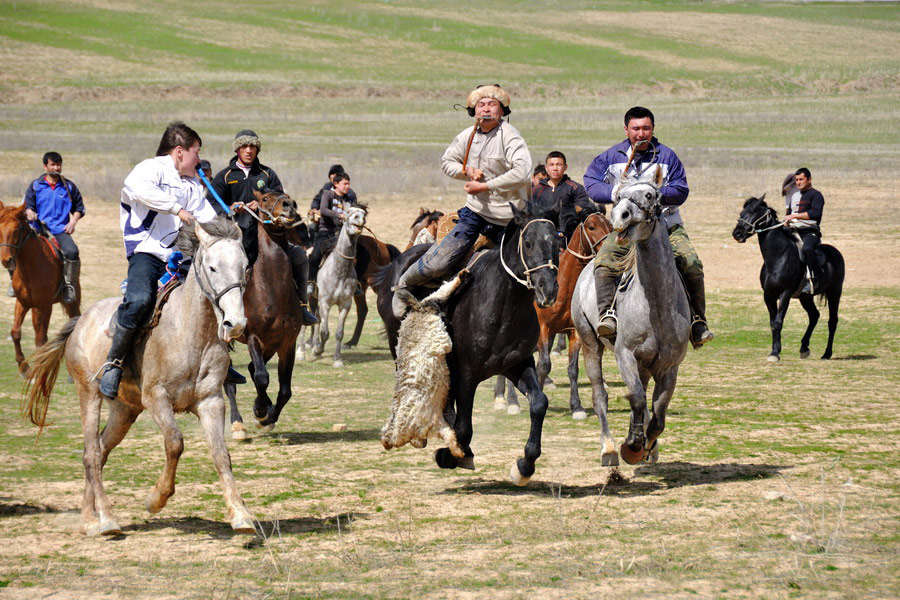 Tajik sports and games are so popular in Tajik culture that even small local tournaments can attract thousands of spectators. Among the most spectacular and lively of them all are the equestrian games buzkashi and chavgonbozi. Buzkashi is played by two teams who fight for the carcass of a ram while on horseback. Although each team now consists of only 4 players, historically up to 1000 men could participate in the game at once! Chavgonbozi is a Tajik game similar to equestrian polo, but due to the smaller playing field and larger teams, players must be, agile, confident on horseback and resilient in collisions. In the national wrestling match called gushtingiri, competitors try to throw their opponent onto their back using grabs and tricky maneuvers. The best gushtingiri fighters in the country are given the honorable title of polvon, or hero. 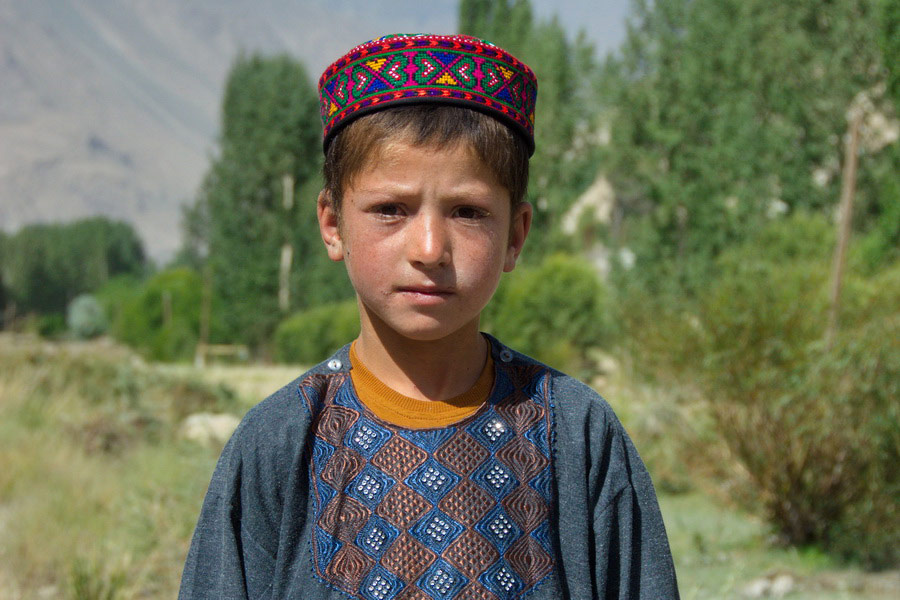 The Pamiri people lay claim to a unique culture in Tajikistan which has been well preserved for centuries in the harsh and isolated terrain of the Pamir Mountains. Pamiri culture actually refers not just to one tribe but to diverse nationalities who speak distinct languages and live scattered throughout different valleys. Pamiri languages ​​form an important part of each culture. Some of these languages have long been dead while many others now have less than a thousand speakers and remain in danger of disappearing. Yet one central element of Pamiri culture has remained practically unchanged for two thousand years, namely the Pamiri house called a chid. The chid rests on five symbolic pillars and is filled with many sacred symbols related to Zoroastrianism and Ismaili Islam, the predominant religion in Tajikistan among the Pamiri people.