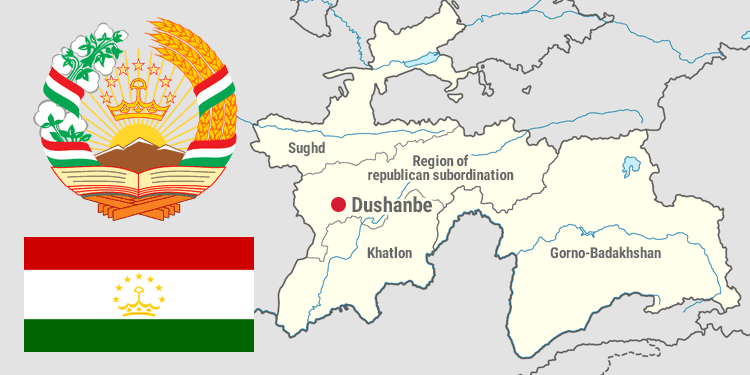 Tajikistan is a Central Asian which is not such a major center of tourism as for example Turkey . But it does not mean that there are fewer tourists wishing to come there to spend a vacation. They are mainly attracted by the exotic of this country, its customs and traditions which have been preserved untouched in its secluded corners since ancient times. If you go up in the mountains you will have a chance to find really small villages where live unique nationalities - the descendants of Alexander the Great who conquered this territory. In this way you'll be able to experience a spirit of antiquity and ancient history. Tourists travel to Tajikistan in order to get indelible impressions from fabulous and even wild virgin nature. The Pamir , the Tien Shan and Fan Mountains are regarded as "resorts" of Tajikistan. These fantastic places are attractive to those who prefer active travels with a touch of extreme to boring beach vacation.

There is a lot to see there indeed: snowy mountain caps on the background of dazzling blue sky, green fertile valleys with blooming gardens, rough mountain streams bubbling with white foam in narrow gorges. Even in America it is hard to find such quick flowing rivers with rapids. Have you thought of rafting there? Adrenaline won't go away for the next year. And the canyons?! Sharp, enormous, forbidden. Even a Hollywood movie cannot show those. The fans of rafting and mountaineering consider Tajikistan an ideal place for those who are up to active and dynamic vacations.

In Tajikistan there are many historical cities and monuments which any tourist will look at with awe. Another irresistible attraction is the national cuisine - a special topic for conversation. Tajik cuisine is famous worldwide! Moreover, there you will be treated with the most delicious fruit and vegetables grown not in artificial hothouses but in natural fertile Tajik soil - juicy and sweet as honey.

Hospitable Tajik people never say good bye to their guests without treating them with some gifts. You will take home with you not only bright impressions but also loads of hand crafted souvenirs from ceramics, wood, glass, fabrics. Local craftsmen have ke pt the secrets of their arts for many generations.

So as you can see Tajikistan is a unique country. Th ere is nothing there that is fake, made on purpose or borrowed from other cultures . The civilization has not entangled this country in its cobweb yet. You won't find noisy mega polises, highways, annoying neon advertis ements. Mother Nature reigns there. And if you want to meet her on your own - welcome to Tajikistan.

Republic of Tajikistan is a unitary and multinational state. It was founded on September 9, 1991 when the declaration on independence of the country was adopted. Tajikistan is a member of the Organization of Economic Cooperation set up by Iran, Turkey and Pakistan. Since 1992 Tajikistan has been a member of the United Nations and OSCE. T he country is governed by the President and Parliament. The legislative power belongs to the Parliament - Oliy Mazhlisi, the executive power - to the President. The president in coordination with the Parliament forms the government. The Constitution of the Republic ensures the rights and freedom s of its citizens.