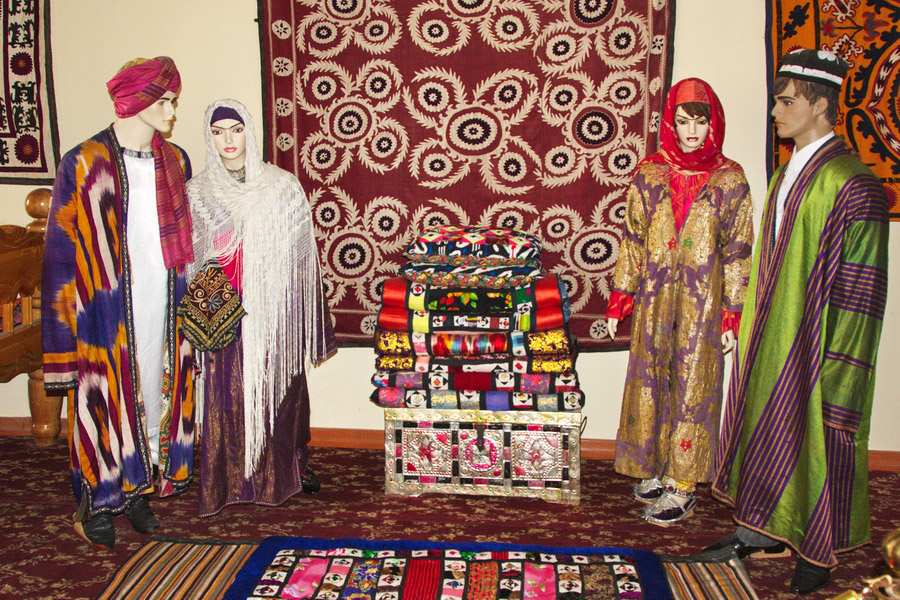 Tajik traditional clothes differ from region to region in terms of color, mbroidered patterns, style. But there are some common features in every national costume.

Toki – kallapush (skull cap) is a traditional part of the national Tajik costume. The most popular are “chusti”, men’s black and white skull caps with bodoms (almond) or kalamfurs (capsicum) embroidered on white silk. Along with them, however, light semi-spherical machine-embroidered skull caps – arakhchin are met in many areas of Tajikistan. There are several traditional types of composition and ornamental patterns for them. Women’s square skull caps with bright “florinated” patterns embroidered with cross stitch are widely used. Tajik round flat-bottomed skull caps embroidered with satin stitch with colored silk sowings are also known in Pamir.