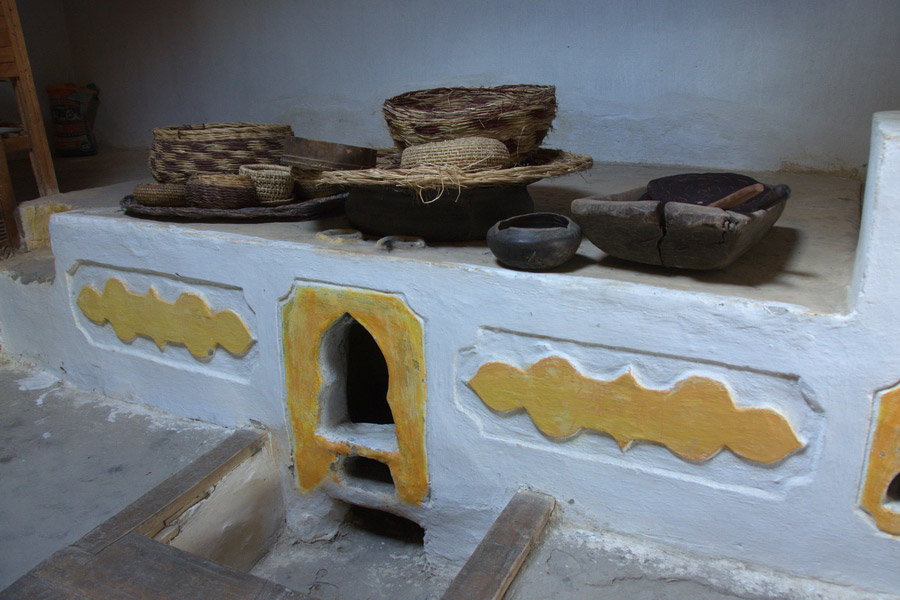 Traditional Tajik homes form a fascinating subset of national architecture and provide a glimpse into the conventional lifestyle of the sedentary Tajik people.

Most Tajik villages were small in size, consisting of a few dozen families who formed a close-knit community. Dwellings were typically built in close proximity to one another, with gardens often planted between the homes. Each house was surrounded by dense clay walls which formed barriers on either side of the narrow village streets. The result was compact hamlets with labyrinths of dead-end alleyways, and while residents could easily find their way through the maze, outsiders would quickly become confused and could easily got lost.

Houses were built from stone in the mountainous regions, while in the valleys and plains construction proved to be more complex, with homes often built from clay upon a wooden frame. Both mountain and valley homes were usually constructed with flat roofs, and in lieu of full windows narrow skylights would be cut into the ceiling of the home. Many houses had a fireplace, and some also had a terrace (ayvon) attached to the living quarters. Houses in the mountains of southern Tajikistan were known to be very large, for they needed to accommodate 3-4 generations under one roof.

Niches carved into the walls throughout each home typically served as cabinets. Most traditional Tajik homes had a courtyard in the center, and each was divided into male and female sections. The rooms designated for women were in the center or back of the dwelling, where guests were not permitted to enter. A special guest room called a mehmonkhona was an essential part of each home, reflecting the central role of hospitality in Tajik culture. In the center of the mehmonhona was a tablecloth, along the perimeter of which were long, narrow cushions for sitting. The floor of this room would be covered in carpets and the walls hung with additional carpets and embroidery.

Traditional Tajik homes are still very common in the rural regions of the country.