If you once find yourself in Ashgabat, the city of love, white marble and thousands of fountains, you must visit the main park in the Turkmen capital - National Independence Park. This Park is one of the city’s attractions, embodying the spirit of modern Turkmenistan.

The park is located in the southern outskirts of the city, next to 10-Anniversary of Prosperity avenue and Archabil avenue. Its territory occupies 140 hectares, which is almost half of all the Ashgabat green open space. 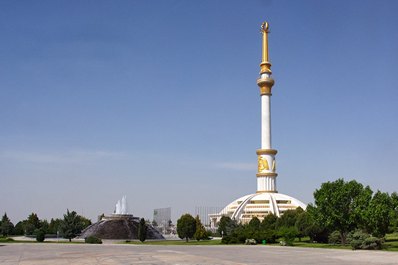 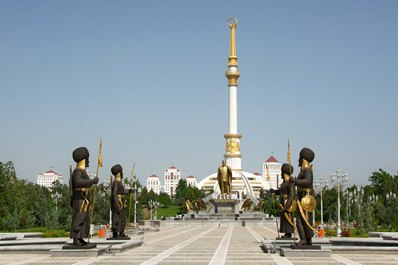 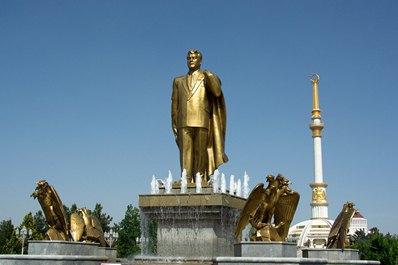 Groomed paths, marble stairs and porches, flowerbeds and cozy benches are all necessary attributes of a recreation-and-entertainment park. But Independence Park is better known for its monuments located in its territory. Moving along the main alley with five-headed eagles-fountains and statues of national heroes, you will go up by a wide marble stairs to the Independence Monument.

This 118-m column, topped by a crescent moon with five stars, symbolizes the unity of five Turkmen tribes. The lower part of the monument is made in the form of a huge yurt, which houses the Museum of Independence inside it. 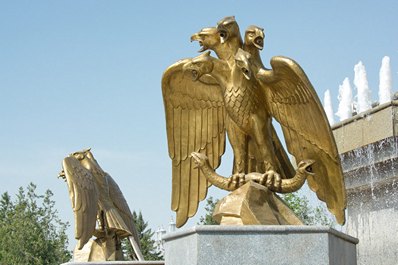 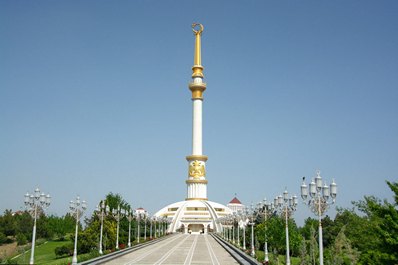 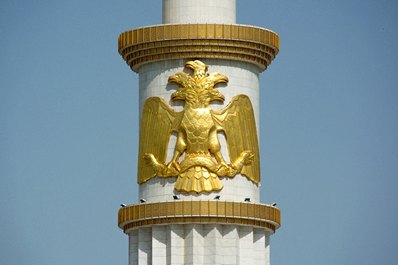 Even if you do not like cultural trips to museums, it will be certainly very interesting for you to visit the Museum and admire the wealth of the interior decoration of its huge and ceremonial halls. One of the central exhibits can be called a rough drawing of the Turkmen Emblem, approved by the signature of the Turkmen President. By the way, in front of the Independence Monument, there is a gilded statue of Turkmenbashi.

An outdoor amphitheater to host concerts and public appearances was built in the park. The huge, two-storey-house-height Rukhnama – the ethic and philosophical book, written by Turkmenbashi, and known by every citizen of the republic, if not by heart, then at least well enough, sticks out in front of it. In the evening, the green cover of the memorial book opens and the screen with the help of a projector demonstrates a documentary about the formation of the Turkmen nation. 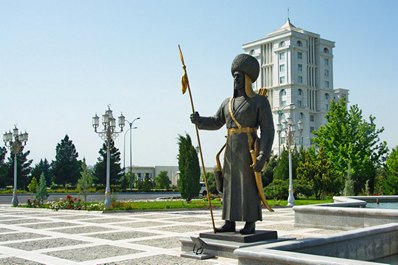 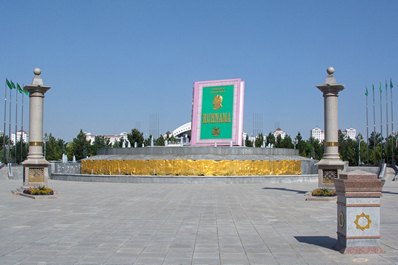 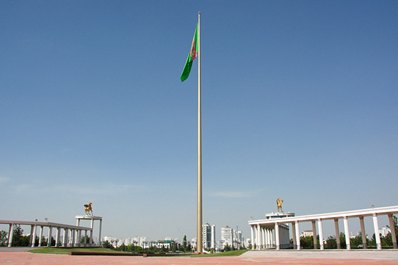 In addition, the park has another interesting example of modern Turkmen architecture – a pentagon-based pyramidal building of a shopping center. The ground floor is design for shops, while the second, for offices.

Not far from Park of Independence there is the Museum of History and Ethnography, and Saparmurat Turkmenbashi Museum, located in Archabil Avenue. Opposite the museums you can admire an enormous canvas of the Turkmen flag, attached to the world’s highest flagpole, entered into the Guinness Book of Records.