Old and New Nissa near Ashgabat 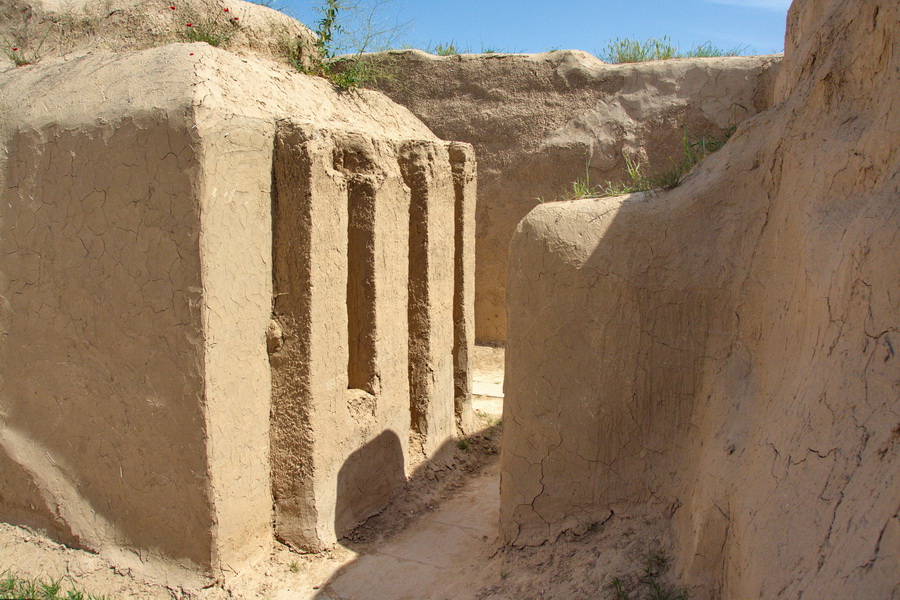 Not very far (only 18 km ) from the city of Ashgabat in the outskirts of Bagir village there is a unique ancient monument, the ruins of ancient settlement Nissa. It used to be the capital of Parthia which had existed from the third century B.C. to the third century A.D. The Historical complex includes two archeologic monuments - Old and New Nissa.

Old Nissa (formerly Mitridatkert) is especially attractive tourists. It is a strong fortress in a form of an irregular pentagon ( 14 hectares ) and one unapproachable bastion. The fortifications are 9 meters thick foundation and were strengthened by 43 rectangular towers.

Old Nissa had various palace and temple structures. It was a place of festivals dedicated to the idolized representatives of Arsakid dynasty - Partian governors.

Inside Old Nissa there were two large architectural complexes: northern and southern. The first one has ceased to exist (there used to be wine warehouses and the imperial treasury), but the second is the main attraction of the entire Nissa. There are three places of interest for tourists. The first is a big tower, the only available two-storied structure. It towered not only above the memorial complex of Nissa but also the entire area and was visible from a distance of many kilometers. Even now its vaulted walls, masterful mud-brickwork, the reasonableness and integrity of its unique architecture attract visitors who look at it with genuine admiration.

The second is the ruins of huge columns and walls of about 2- 3 meters in height. In those days it was probably the most magnificent room of the temple complex decorated with the statues of idolized Parthian kings. And the third one is the so-called «the Circular Hall" (17 m in diameter). The architecture of Old Nissa is unique, original and has no analogues in the entire Central Asia. Architectural traditions of ancient Greece, Rome and Orient harmoniously merged there. Nissa was built by local architects and builders who had perfectly acquired the techniques and styles of western masters. Having skillfully adapted them, they created completely new unique architecture. Old Nissa had existed only until the 3rd B.C. during the rule of Arshakid dynasty.

New Nissa is an ancient settlement with dwellings of local aristocracy surrounded with hectares of blossoming gardens. People lived there for a long time even after the fall of Arshakids. However, the city was deserted for more than two centuries, after it had been destroyed by Sasanids. Only in the second half of the 5th century it was restored by Sasanid king Firuz who appreciated the convenient location of Nissa. In the year of 651 Nissa was a part of Arabian caliphate. In 1220 Nissa as well as other large cities of Central Asia suffered from Mongols invasion.