This medieval mosque was built in the XV century. Unfortunately the building was almost completely destroyed by the Ashgabat earthquake, and today it comes in front of the tourist in a renovated version. The mosque consists of 17 rooms, including a square hall covered with a dome supported by for large arches. The hall walls are divided into three floors. Two wide and deep niches lead to the terrace. Spiral stairs located in the corner of the hall lead to the galleries on the first and third floors and also to the roof. In the yard, from northern side there stands a large ayvan (trestle-bed).

The mosque singularity is in its ornamental finishing. The mosque façade is engraved with an inscription saying that this building was erected under Abul-Kasim Babur, Temurid prince who was ruling in Khorasan (1447- 1457). The main portal arch is decorated with figures of fabulous dragons. According to historians these dragons are painted there as magic creatures, allegedly preserving Dzemal’s House from evil. 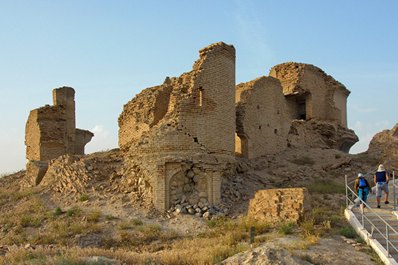 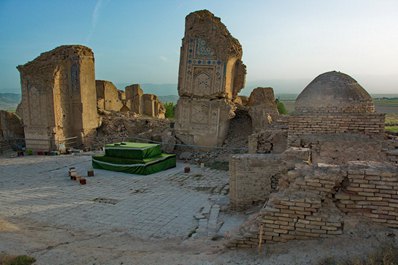 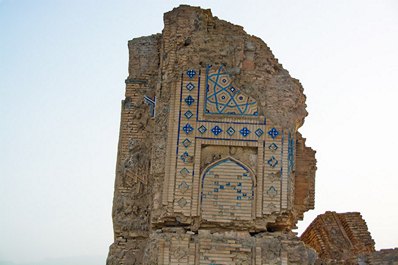