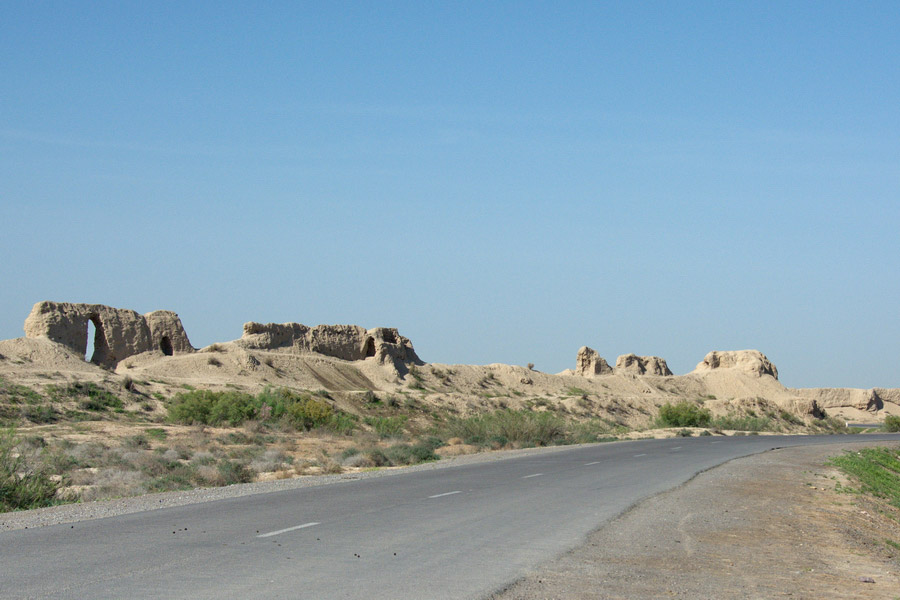 Gyaur-Kala was on of the most powerful ancient structure with the area over 300 hectares. The walls of Gyaur-Kala are square with the hills of towers put at identical distance from each other.

The length of each wall is about 2 km. Each wall had a gate. Seen from above are the remains of the roads leading to the four gates. The road from the south to the north goes directly from the southern gate to the ramparts of Erk-Kala opening way to the citadel and runs further around it to the northern gates.

The ruins of Gyaur-Kala comprise the city of Margian Antioquia constructed in the traditions of antique architecture. The founder of the city was Selevkid king Antiochus Soter (280-261). Being in Marhiana he ordered surround the oasis with a 230 km wall and to found the city of Antioquia.

The wall of Antiochus protected the lands of Merv from the desert sands and at the same time from aggressive nomads. Its remains can be found in the north of Mary oasis.