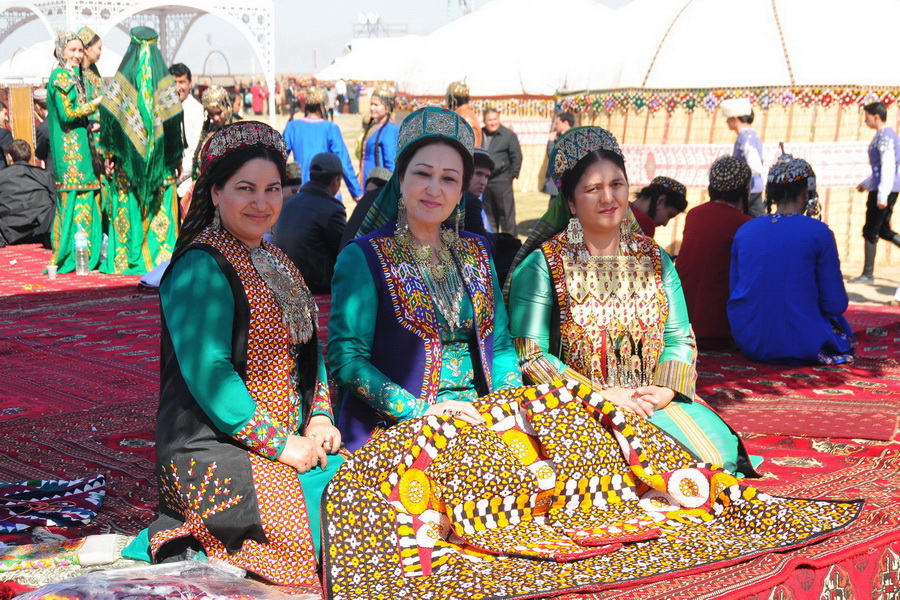 Turkmen have always considered clothes to be an integral part of education. With its help a girl was getting an idea of family values and motherhood. A teenager girl was dressed in a traditional dressing gown made from dark fabric richly embroidered with bright spring lowers. In this way the image of the wakened land which promises beauty, health and fertility was created.

The second kind of a dressing gown in a woman 's life appeared when she reached her middle age. It was a yellow color -the color of autumn . But it was not a symbol of withering; it was a symbol of the sun in zenith, when the land is warmed up by its rays as well as the entire woman's family - her parents and children. That dressing gown was embroidered with an ornament of " oak leaves " symbolizing strength and longevity.

The third kind of a dressing gown was meant for a woman who passed the " Mohammed's age ", 63. It was white and its embroidery reminded of deserted plants. As years went by more and more space was left without embroidery - "the space of life " intended for new generation.

As for the men's clothes it was mainly embroidered with images of beautiful animals and birds. For example, flying cranes meant a wish to a man: " Be free as a bird! " meaning the freedom of spirit : a real man should be strong, confident and independent.