Five kilometers away to the west from Bukhara, where the fields are separated by rows of mulberry trees, there is one of the most unusual landmarks – the Chor-Bakr Necropolis, also called the city of the dead. The first graves there appeared thousand years ago, when there was a small settlement of dervishes. But the magnificent architectural ensemble, now visited by thousands of pilgrims was not built until the XVI century.

In the X century when Bukhara was under the Samanid dynasty, there lived an old family of Djuybar Seyyids (Prophet Muhammad’s descendants), who played an important role in the city’s life. For centuries the Djuybars were buried in this country cemetery. 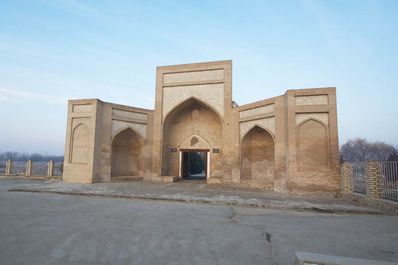 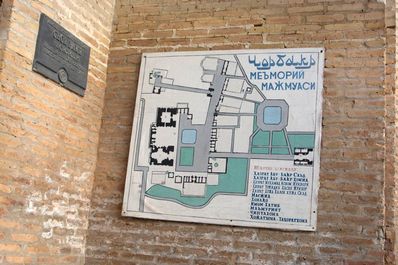 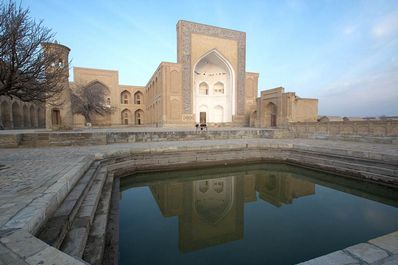 In the year 1560 the Shaybanid Dynasty ruler Abdullakhan II decided to memorialize the noble family, and ordered to build a mosque, madrasah and khanaka there. It was a gift to his teacher, Djuybar Sheikh Muhammad Islam Khoja, who died in 1563. The construction of the complex was completed the same year.

Died in 1593, Muhammad Islam’s son Khodja Bakr Sadi was buried next to his father. In after years other family members such as Abu Bakr Fazl and Tojidin Khasan were also buried there. These four men, who bore a title of “Bakr”, slumber in one khazira (tomb). “Bakr” is translated as “brother” and Chor-Bakr, as “Four Brothers”.

Khazira is a kind of burial structure, consisting of a courtyard surrounded by solid walls, with a single entrance in the form of beautifully decorated gate. It is this structure of the tomb which distinguishes Chor-Bakr from other religious burials in Uzbekistan, for instance the Shakhi-Zinda Necropolis. The whole complex is built the same way. 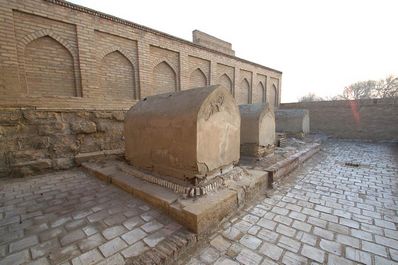 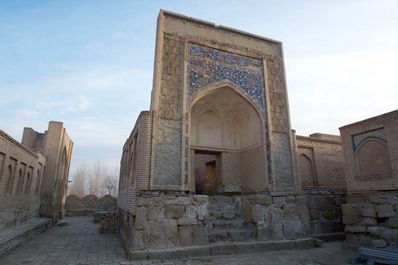 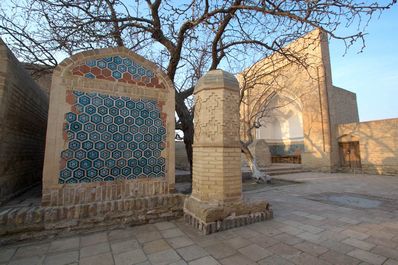 The khazira of Djuybar Seyyids, located in the north-western part of the complex, can be reached by a long corridor where each step is reflected from the brick walls with a ringing echo. Other khaziras located in the eastern part of the complex run long in a succession, stretching from north to south, and opposite to them, behind a small pond, there are buildings of a mosque and khanaka. It is notable that over time the burial rituals became less stringent and Chor-Bakr became just the Djuybar family tomb – all the dynasty members, including women were buried there.

A small minaret, which resembles the famous Kalyan in Bukhara, was attached to the complex early in the XX century, thus the territory of Chor-Bakr hosts now 30 architectural structures. In addition, to the north of the necropolis there is a large garden, set out as far back as the XVI century. It is planted with poplars, sycamores, willows and many fruit trees.

Chor-Bakr is really an unusual and mysterious place. Visiting Chor-Bakr you could not help but feel the breath of the world of the dead, where in the quiet of the alleys the thoughts of the frailty of life and the transience of human life unwittingly come into your head. 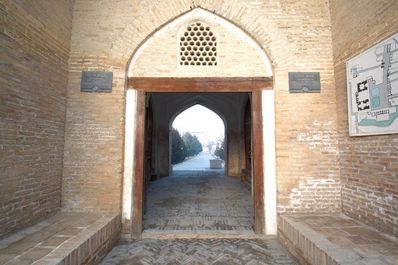 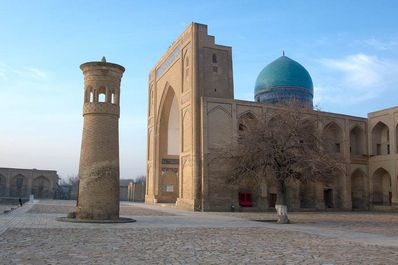 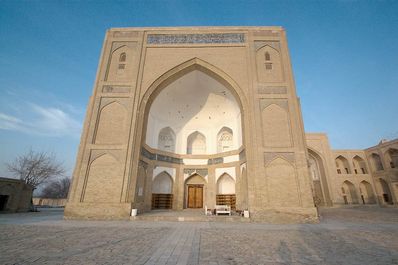