Emir’s Palace in Kagan near Bukhara 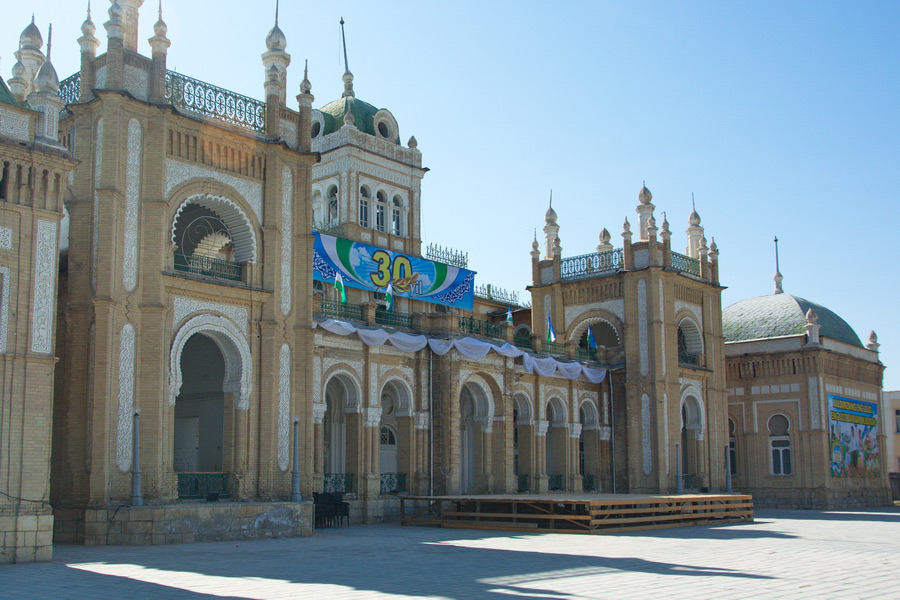 When arriving in Bukhara by train, visit the 19th century Palace of the Emir of Bukhara in Kagan, which is located near the station. Tourists often pass by the palace quickly, as it’s not easy to see from the road. This is a shame because the palace is very attractive, with unusual architecture and an interesting history. It’s considered an architectural monument of Uzbekistan.

The palace’s origins lie in the expansion of the Russian Empire to Central Asia in the second half of the 19th century. Towards the end of the century, strong diplomatic relations developed between Russia and the Bukhara Emirate, and the development of railways continued. The settlement of New Bukhara was established 12km from Bukhara, on the railway line to Tashkent, and New Bukhara became a base for the Russian military, engineers, and builders. In a sense, New Bukhara was also a diplomatic town, which hosted various offices that represented the Russian Empire in the Emirate of Bukhara. 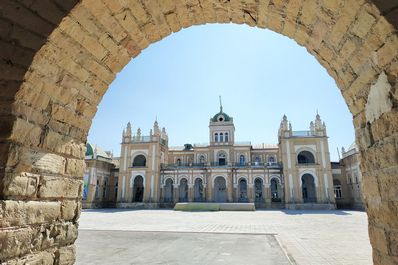 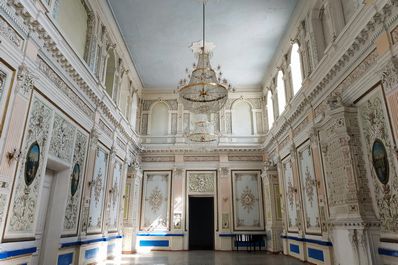 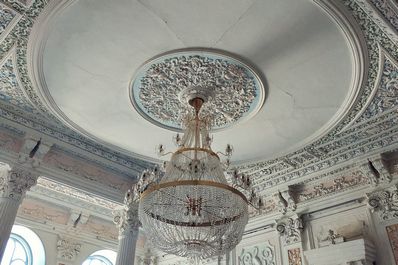 In 1895, the Emir of Bukhara, Said Abdulahad Khan, ordered the construction of a palace in New Bukhara. According to some, this was because the Emir wanted to have his own palace in the Russian settlement. In another version of the story, the palace was built to accommodate a visit by the Russian Emperor, Nicholas II. However, Said Abdulahad Khan never lived in the palace, and Nicholas II never visited.

The construction of the Emir of Bukhara’s palace in Kagan began on 14 August 1895, led by Alexei L. Benoit—who, for many years, worked as an architect in Central Asia. Benoit’s architectural projects also included many buildings in Almaty, Tashkent, and Samarkand. Few of these have survived to this day, but the Palace of Prince Romanov in the centre of Tashkent is an excellent example. Nevertheless, many experts in the history of architecture believe that the Palace of the Emir of Bukhara in Kagan is Benoit’s best work. 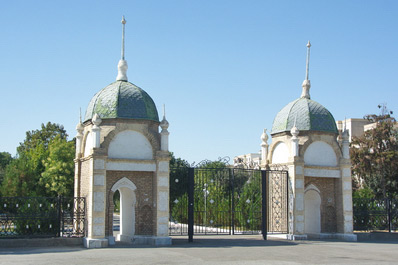 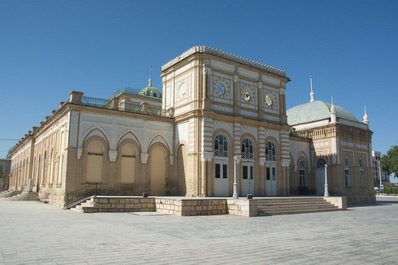 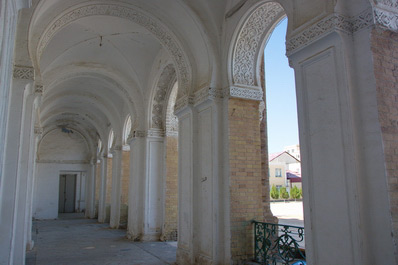 The palace’s architecture is eclectic, combining Arabic motifs and elements of the Baroque, Empire, and so-called Neo-Mauritanian styles. The exterior includes ganch (gypsum plaster) carving in the Bukhara style. The interior decoration is less-well preserved, but also illustrates the skill of the builders and local craftsmen at the time.

The Palace of the Emir of Bukhara in Kagan was completed in 1898, but was unused for a long time. The son of Said Abdulahad Khan, Said Alim Khan, became the Emir of Bukhara in 1910, and decided to make the palace a venue for accommodating high-ranking guests. Later, under Soviet rule, the palace became state property, and was transformed into the Palace of Culture of the Railway Workers. Today, the palace is not in an ideal condition. While its exterior decoration is regularly maintained and restored, the entire palace requires renovation.