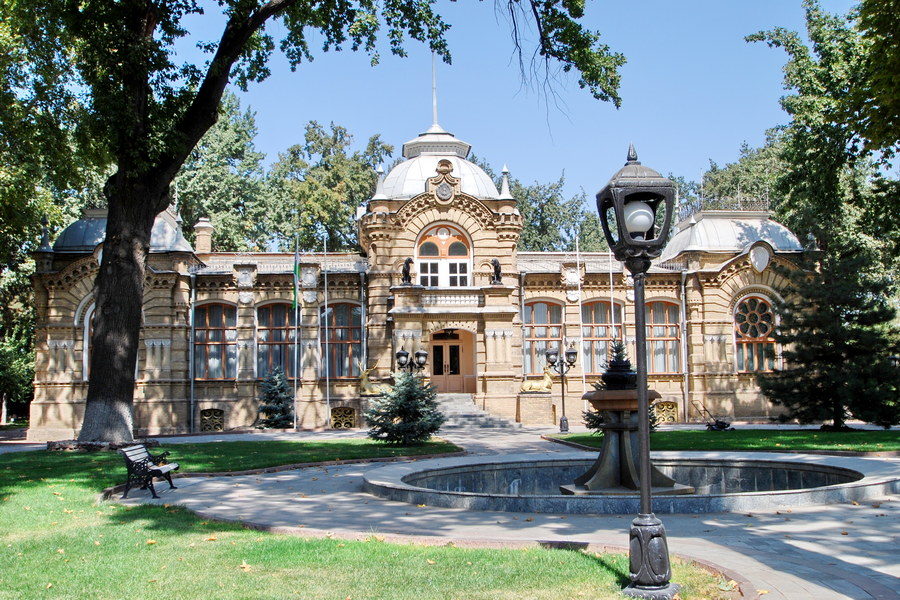 One of the unusual monuments of Tashkent is the Prince Romanov residence, built in 1891 in the center of the city, under the project of architects A.L. Benoit and V.S. Geyntseltsman. This is a one-storey private residence of Nikolay Konstantinovich Romanov, who was a grandson of Emperor Nicholay I, and who was exiled by his royal parents to Tashkent in 1877 to live there until his death in 1918.

The Prince Romanov’s residence was built in "modern" style, trendy at that time. The elegant building was richly decorated with carved grids, unusually shaped windows, towers and other decorative elements. The duke was a keen hunter that is why the front entrance to the private residence was decorated with bronze figures of deers and hunting dogs. While at the back side of the building, there was a large garden, laid out by the famous Tashkent botanist and pharmacist I.I. Krause. 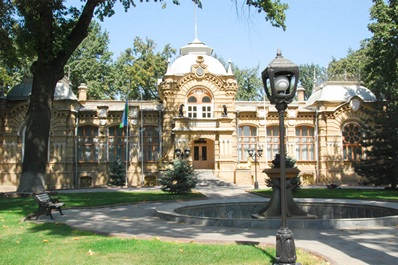 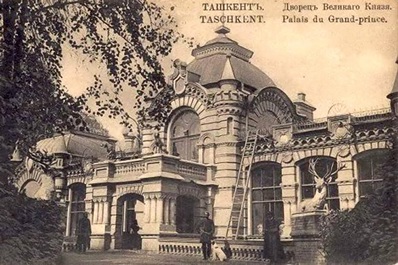 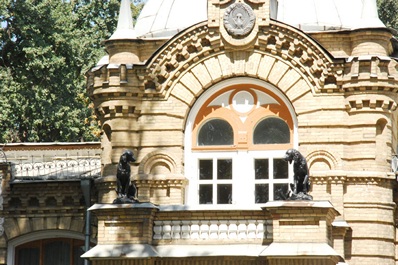 Particular attention was given to the interior design of the palace. The halls of the private residence were lined with dark oak, decorated with carved cornices and golden paintings. From the main hall, the three doors led to the apartments of the prince and his wife. The residence left side housed a billiard room, library, dining room, while the right one – a greenhouse and a Japanese garden. In one of the building wings, the Russian prince arranged a menagerie to keep wild animals, harbored in the localities at that time. On Sundays the menagerie was open to the public.

Nikolay Konstantinovich was extremely popular in the local community. He opened the first cinema theater in the city and a bakery, built a ducal soldiers’ suburb in the city’s center, laid irrigation canals in the Golodny Steppe. During the years spent in Tashkent, Prince amassed a unique collection of antiques and books, later bequeathed to the city.