History of Bukhara Railway Station dates back to the early 19th century, when the Trans-Caspian railway was built in Central Asia. In 1888 it passed close to Bukhara through the village of Kagan. Soon a narrow-gauge railway was extended to the city and later it was replaced by the standard wide gauge railway. In the 20ies Bukhara Railways played an important role during the revolution and establishment of Soviet power in the former Bukhara Emirate. 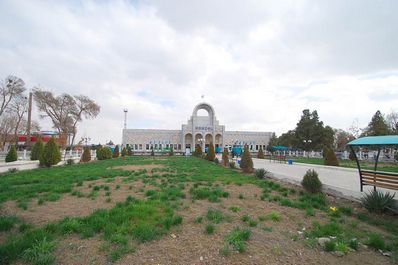 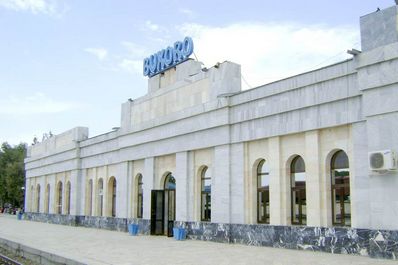 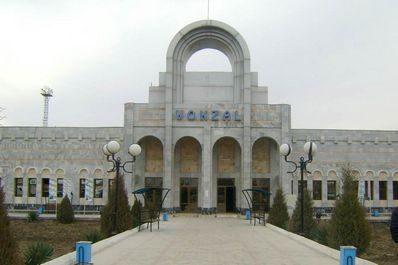 Today Bukhara has two railway stations: Bukhara-1 in Kagan and Bukhara-2 in Bukhara. All trains arrive at the station in Kagan and the Bukhara-2 Station is used only for freight. Close to the Bukhara-1 Station there is the parking of taxi drivers, because the distance to the city is about 15 km.