To the west from Ark, still before Arab period was built Registan Square, in the ancient days it was public part. There were administrative buildings of divans (ministries) and palaces till 13 century, and then markets packed it. From 16-century trade shops Rasta and Taki-Tirgaron were at the entrance to Registan, where armourers sold their production. There were passages Taki-Org-Furushon and Tim in the center of square where headdresses and cotton fabrics were sold. Trade of meat, cereals, fancy goods, paper and inks, cradles, cattle, watermelons and melons, wooden utensils and other things was going at the square. 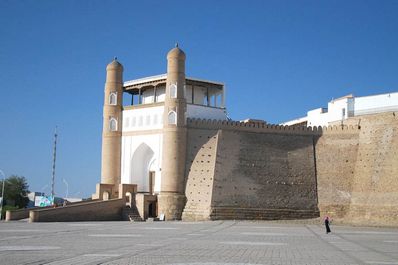 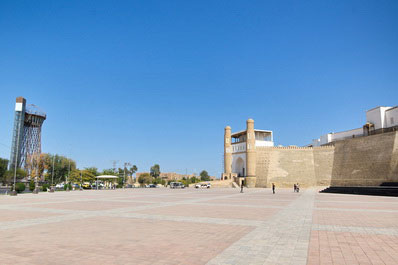 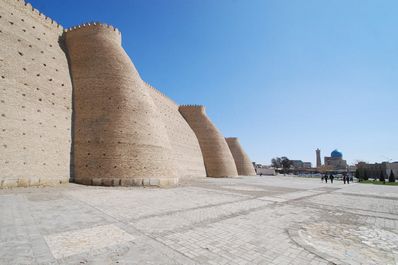 Opposite to Ark among crowded bazars capital punishments were accomplished. At the end of Ark were weapon shops, reception-room of main commander and also large Poyand Madrassah, quartal Madrassah of butcher corporation Bozori Gusfaid and Madrassah Dorul-shifo, where future doctors studied, hospital and polyclinic departments.

The only Registan monument, reached our times, is Bolo-khauz of 18 century. Picturesque Bolo-khauz Madrassah with luxury many pillars ayvan, faced to Registan, together with minaret reflects in khauz water. 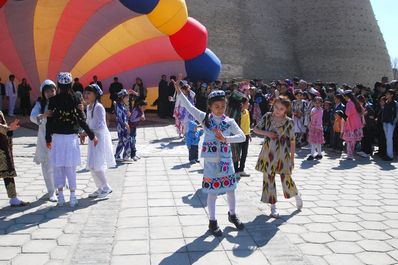 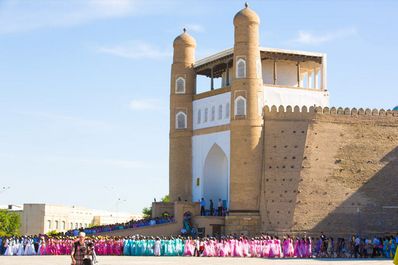 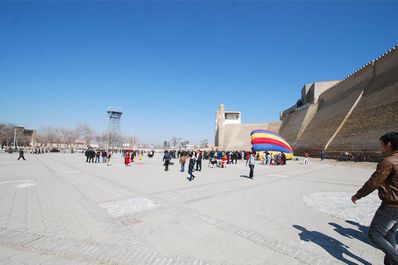