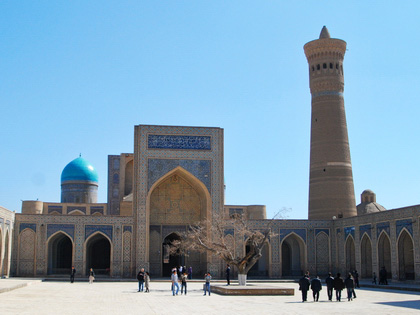 Set aside two days for Bukhara, a city with over 2,000 years of history. After visiting the Lyabi-Khauz Ensemble, the legendary Ark Fortress, the Chor Bakr Necropolis, and all the other sites the city has to offer, you’ll have a deeper appreciation of the city and its history.

In the mid-XIX century Emir of Bukhara Nasrullah Khan decided to build a new country seat for himself. To choose the coolest place not to suffer from summer heat, the architects made recourse to an old method - dressed muttons were put on the potential sites of construction. The place, where the meat got spoiled last, was chosen for the construction of the suburban pearl of Bukhara. Unfortunately, this palace did not survive to the present day.

Several decades later, another emir of Bukhara Mir Sayyd Muhammad Alim Khan initiated the construction of a new palace there. A legend has it that, Emir devoted the palace to his wife Sitora. The construction work which lasted several years resulted in the residence of unprecedented beauty. The Bukhara architects having trained in Russia managed to combine oriental and western styles in their creation. After a while the Emir’s wife died, and her name was given to the palace. It was named Sitorai Mokhi-Khosa, translated from Tajik as “Star, like the Moon”, and this name was preserved to this day. Unfortunately, the Sitorai Mokhi-Khosa also shared the fate of the first palace – it was destroyed. 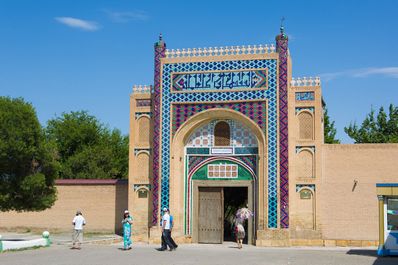 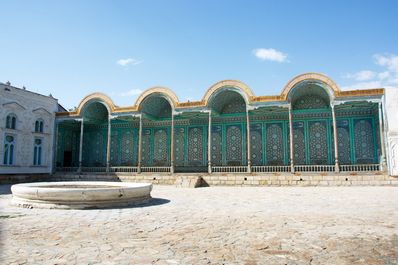 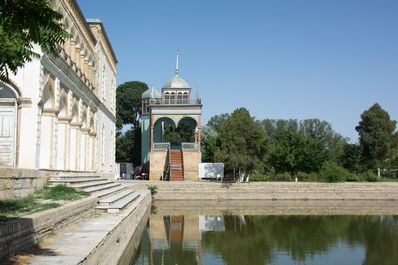 The extant Sitorai Mokhi-Khosa Palace was built in 1912-1918, by order of the last Emir of Bukhara Mir Sayyd Muhammad Alim Khan. The construction involved the best Bukhara masters of the time, along with two Russian engineers Margulis and Sakovitch.

The palace main building consists of several reception halls and emir’s private rooms. Special attention was given to White Hall, decorated by the famous master usto Shirin Muradov who was subsequently perpetuated in a monument installed in the territory of the summer residence. White Hall was decorated with ganch, laid on walls covered with mirrors. Any of the patterns was never repeated. It is worth noting that mirrors in the Sitorai Mokhi-Khosa Palace are in huge amount. There you can see Venetian mirrors, Japanese mirrors set in fancy frames, and even trellis, which creates a reflection, repeated 40 times. 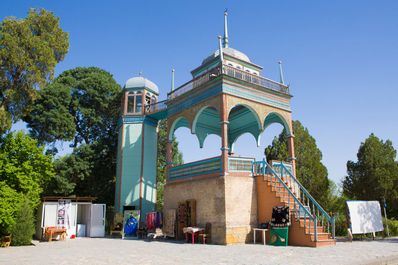 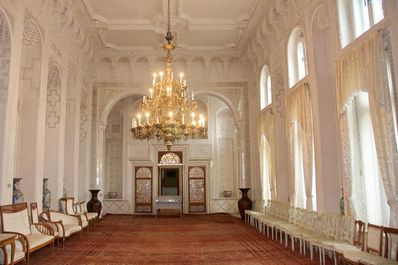 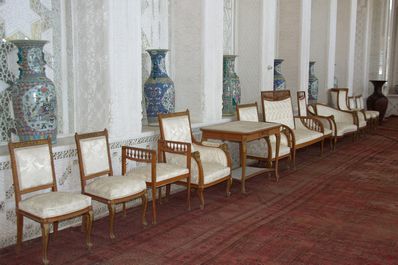 In addition, the summer palace includes a tea room, small minaret, and guest house, richly incrusted with braid gold. Each place has its own stories and legends, one can talk for hours.

In 1927, shortly after the fall of the Emirate of Bukhara, the palace was transformed into a museum. Its exposition was periodically changed. But today, it houses the Museum of Arts and Crafts. The exhibition includes palace furniture of the XIX-XX centuries, jewelry and golden-embroidered products made by Bukhara masters, objet d’art from Russian and Japanese porcelain of XIV-XX centuries. 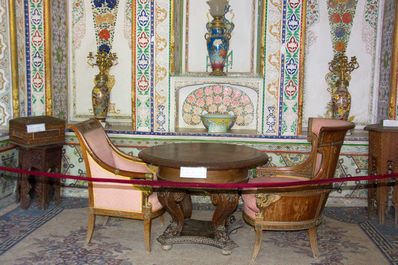 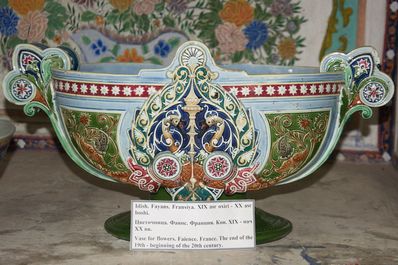 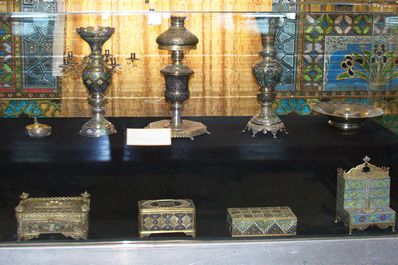 Over the past century Bukhara has considerably expanded, and nowadays the Sitorai Mokhi-Khosa Palace is located as close as 4 km to the city outskirts. The residence of the last Emir of Bukhara, where, today as a hundred years ago, peacocks are swaggering about, salutes the visitors in the reflections of its former magnificence, as though still available to receive royalties and overseas ambassadors.